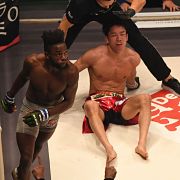 Two fights prior to that, in the first feature bout of the evening, we have the much anticipated UFC debut of former Rizin FF bantamweight champion Manel Kape. This Portugal and Angola native has all sorts of potential to become the best flyweight in the UFC, and having just turned 27-years-old, now is the perfect time for him to make the transition over.

Fast forward through five more fights, where he won all five via finish, and he was now a part of Rizin’s roster.

He won his debut via TKO (head kick & punches), before securing another TKO victory, this one over former TPF flyweight champion Ian McCall. 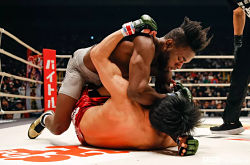 He would lose his next bout as well, a split decision to future Rizin bantamweight champion Kai Asakura.

Kape then submitted (rear naked choke) Yusaku Nakamura, before losing a unanimous decision to UFC veteran Ulka Sasaki. After going from 11-1 to 12-4, Kape has won his last three-straight, all three via knockout, one over longtime UFC veteran Takeya Mizugaki, and the other avenging his defeat to Asakura.

The Asakura rematch was his real coming out party, as he became the Rizin flyweight champion with this victory. The McCall fight was initially, but he went 1-3 after knocking him out. It seems as if he’s found his groove now, and it’s been very 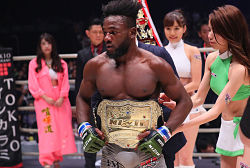 exciting to see. Kape of course vacated his belt to join the UFC’s roster.

This brings us up to his UFC debut this weekend at UFC Vegas 18, as he takes on No. 5 ranked UFC flyweight contender Alexandre Pantoja.

Pantoja is one of the hardest match ups the UFC could give anyone for their promotional debut. He’s a former AXS TV flyweight champion, and a former RFA flyweight champion. He went 2-1 on The Ultimate Fighter 24, defeating both Brandon Moreno and Kai Kara-France.

Both of those talents are doing very well in the UFC, and he remains to this day the only man to ever finish Moreno, as he submitted (rear naked choke) him in round two of their back-and-forth war. 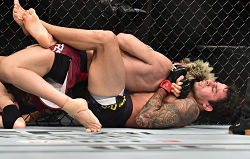 Pantoja made his UFC debut with a record of 16-2, only ever losing via decision, a unanimous decision to longtime top flyweight contender Jussier Formiga, and the other via split decision in just his third fight. 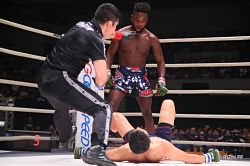 This brings us up to his last fight, where he lost a close unanimous decision to undefeated Russian talent Askar Askarov.

It’s hard to imagine how this fight will go. We want to say Kape takes it, but Pantoja is really no pushover. His boxing is incredible, his grappling is even better, he can wrestle quite well, Pantoja can do it all.

Kape has very quick, powerful, accurate hands; he has great kicks of all sorts, he has surprisingly good grappling, and he’s incredibly athletic. Kape has got many of us believing he’ll be on top of the sport within the next couple years, he’s highly touted for a reason.

How do you think Manel Kape does in his UFC debut?