We have an incredible night of fights coming our way this weekend at UFC Vegas 17 to close out 2020. It’s too bad we’re not getting a New Years card like we usually do, but with UFC 256 and then UFC Vegas 17, it’s hard to complain too much.

One of those incredible fights sits in the middle of the main card between top bantamweight contenders in Marlon Moraes and Rob Font. Moraes, ranked at No. 3, is one of the most dangerous talents of all time, and Font is getting there as well, being ranked at No. 11. 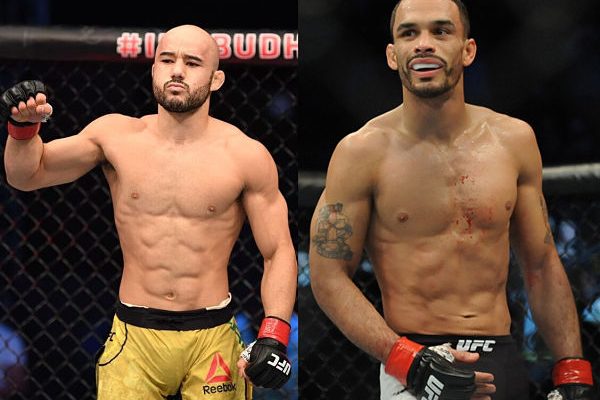 Font is one of the best pure boxers in our beloved sport of mixed martial arts, and he has some good kicks of all sorts to go along with it. He’s kind of like a bantamweight version of Calvin Kattar that kicks more often. With Kattar being Font’s teammate, it makes sense. 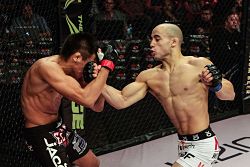 Both of these two are wickedly dangerous strikers. Moraes has some of the best pure Muay Thai, and pure athleticism in the sport, and it’s given him a number of first-round finishes.

The thing is, he can’t keep that pace for three, or five rounds. He can maintain a pace at three rounds if the fight doesn’t get too wild, but if he’s in any type of a dogfight, he more than likely needs to get a finish, before he gets finished himself. 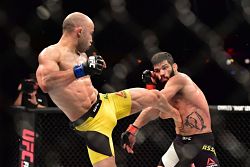 Moraes came to the UFC back in the middle of 2017 after a long, successful career with WSOF, which saw him become a six-time WSOF Bantamweight Champion. Of his 23 wins, ten come via knockout, and six come via submission. He’s as dangerous as they come.

Font came to the UFC back in the middle of 2014, and saw instant success by KO’ing longtime veteran George Roop at 2:19 of round one in his promotional debut. He secured another knockout victory before suffering his first defeat, to John Lineker via unanimous decision. 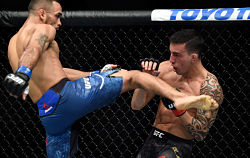 He then TKO’d Thomas Almeida, before losing a unanimous decision to Raphael Assuncao. Font has since started a small win streak, winning his last two straight, defeating Sergio Pettis and Ricky Simon, both via unanimous decision.

Of Font’s 17 wins, seven come via knockout, and four come via submission.

Font, like Moraes, also became champion before making his UFC debut, as he won the CES Featherweight Championship and defended it once prior to coming over. 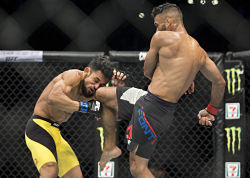 Moraes stands 5’6” with a 67” reach, and Font stands 5’8” with a 71.5” reach. The reach disadvantage Moraes almost always has, it’s sometimes proven to be an issue, and in others, it doesn’t matter at all.

Font did out-strike Sergio Pettis, and just out-powered him throughout the fight, but let’s be honest, Pettis is a flyweight, despite him doing well in Bellator’s bantamweight division.

The sheer explosive, brute power Moraes possesses is enough to intimidate anyone. Font has to be aware of that, keep his distance, and set up his strikes accordingly. Font’s a great striker himself, and it’s almost guaranteed that’s where this fight will take place.

Who wins this epic bantamweight clash between Marlon Moraes and Rob Font?