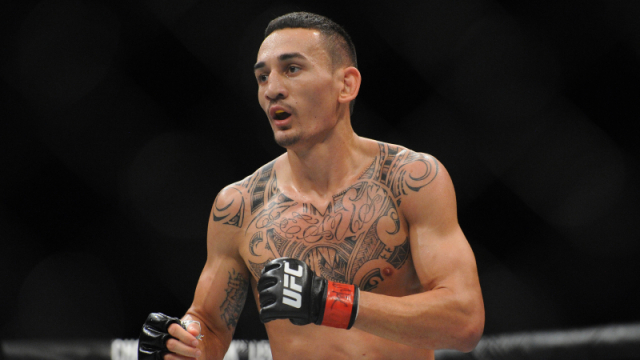 UFC featherweight champion Max Holloway is out of Saturday night’s UFC 226 title defense against Brian Ortega after suffering concussion like symptoms. The news first broke by Ariel Helwani of ESPN.

“Max’s team and UFC staff noticed Max was not normal since late last week. This became obvious to many watching his interviews and public appearances the past few days.

“He was showing concussion like symptoms before he even started his weight cut and was rushed to the ER on Monday where they admitted him over night. Initial scans seemed okay and he was released Tuesday afternoon but symptoms still continued.

“Max fought with his team to continue with the fight. He showed some improvement over the next day but was still showing obvious symptoms. After open workouts he crashed and was very hard to wake up, when he did he had flashing vision and slurred speech.”

There is no official word as of yet whether or not Ortega will remain on the card with a replacement fight.  His manager Rener Gracie said Ortega will likely not compete if the fight is not for the title.  The Holloway-Ortega fight was one of two fights scheduled for the pay-per-view event.  Stipe Miocic will defend his UFC heavyweight title against light heavyweight champion Daniel Cormier in the main event.