This weekend at UFC 258 comes the return of perhaps the most decorated Brazilian Jiu-Jitsu practitioner in the entirety of mixed martial arts, Rodolfo Vieira, who makes his third octagon appearance against Anthony Hernandez in the preliminary main event.

This could be a pretty dangerous fight for Vieira, though he’s a sizeable favorite. Hernandez is more of a grappler 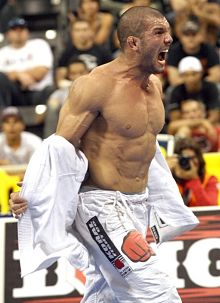 himself, but did run right through a talented in striker Jordan Wright on the Contender Series, KO’ing him in just 40 seconds.

Prior to this, Vieira also finished all five of those fights as well with four submissions. This instant success has got to be because of his grappling background, right?

Vieira defeated most of those names more than once, and he submitted all of them aside from Braulio Estima and Rafael Lovato Jr. 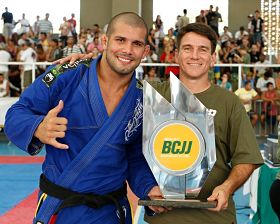 All of these competitions were held at the black belt level, and many of them were contested in the absolute division.

His opponent this weekend, Anthony Hernandez has got to try keeping the fight on its feet at all costs. Of Hernandez’ seven wins, five come via submission, but it’s clear who the better grappler of the two here is.

At 31-years-old, it’s hard to say how much he’ll round out his game, but he’s proven to be successful thus far into his mixed martial arts, and UFC careers.