Titan Fighting Championship officials have announced the weigh-in results for the promotion’s Titan FC 67 fight card which will be held at the InterContinental Miami on Friday, February 12.

The event, which will be broadcast exclusively on UFC Fight Pass, will feature title fights in Titan FC’s bantamweight and featherweight divisions.

In the night’s main event, Dana White’s Contender Series winner Danny Sabatello (9-1) will look to successfully defend his Titan FC bantamweight title for the first time when he meets Da’Mon Blackshear at 135-pounds.

Sabatello won the championship belt in June 2020 with a first-round submission over Raymond Ramos.

Blackshear came in heavy for the bantamweight title bout and as a result will not be eligible to take home the gold with a win.

The first title fight of the night will feature Muhammad Naimov (5-1) taking on Olivier Murad (4-0) for the promotion’s vacant featherweight strap.

Naimov, who also recently competed on the Dana White’s Contender Series, is undefeated under the Titan FC banner, recording four wins with the promotion since 2019.

Preliminary bouts will begin at 6pm ET on the Titan FC Facebook page. The card then moves to UFC Fight Pass at 7pm ET.  Upon conclusion of the Sabatello-Blackshear fight, Titan FC 67 will then host Afterparty fights, returning back to Facebook. 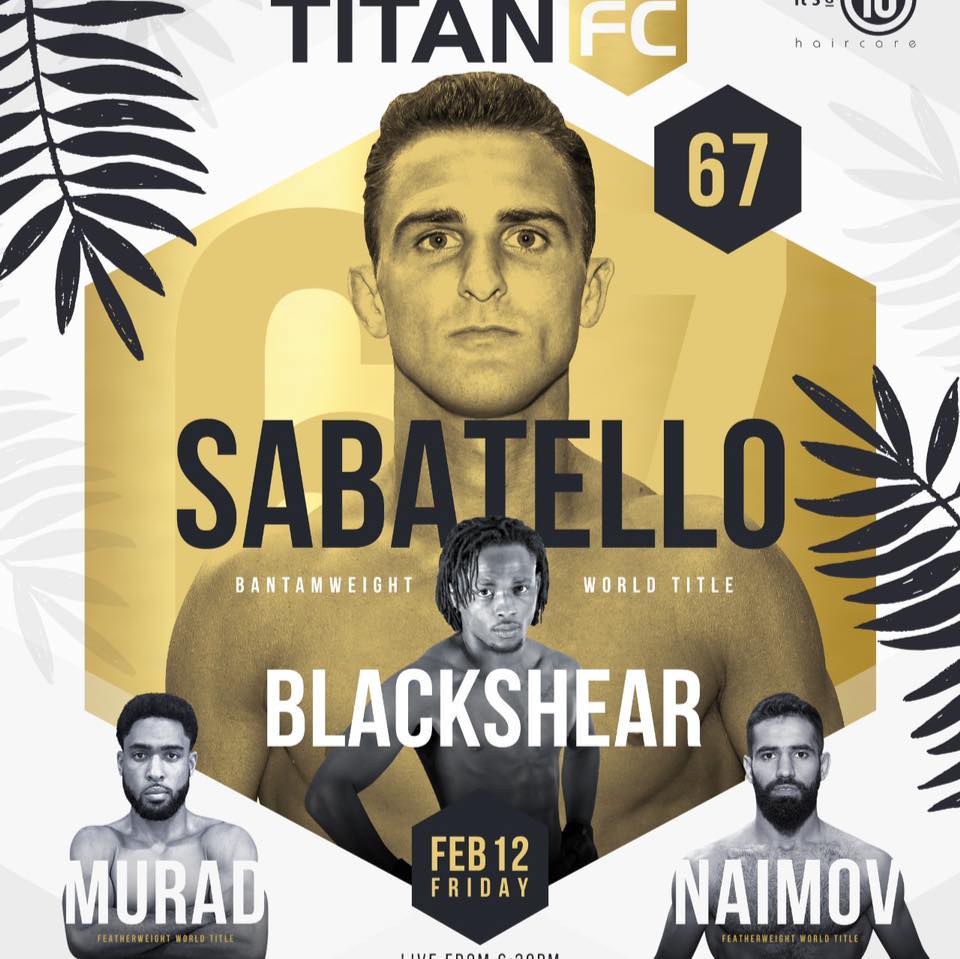