The Dec. 29th winners of the men’s bantamweight quarterfinals will advance to the Dec. 31st women’s super-atomweight and kickboxing semifinals and then later in the finals (see below).

The Dec. 29 and 31 (1 a.m. /10 p.m. PT start) will be live-streamed worldwide (excluding Japan on the FITE.TV platforms for $19.99 or the two-day RIZIN Pack special offer for only $29.99. Fans may simply download the FITE app – free to download from iTunes and Google Play – and then cast the fight to the big screen by using the instant stream-to-TV function. The FITE app works with any Wi-Fi connected television around the world, iOS and Android devices, as well as streaming devices such as Roku, Chromecast and more. Fans may also watch the fights live on the FITE website at www.fite.tv from any computer. 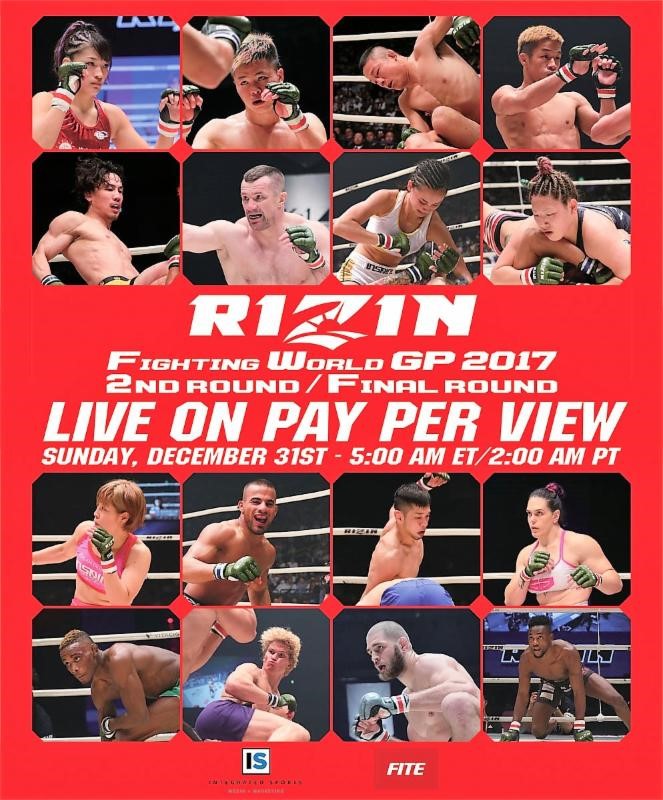 Integrated Sports Media will distribute via cable and satellite PPV on New Year’s Eve (Dec. 31 – 5:00 a.m. ET / 2:00 a.m. PT start) extravaganza live in North America via iN Demand, Vubiquity, and DISH in the U.S., as well as on SaskTel and Telus in Canada, for a suggested retail price of only $19.95.

A special one-day kickboxing tournament will be held Dec. 31st between Japan’s Kazuyuki Fujita and Mitsuhisa Sunabe and undefeated knockout artist (20-0, 16 KOs) Tenshine Nasukawa vs. TBA with the winners facing off in the championship round on the card’s championship final.

All fights and fighters are subject to change.

By Staff Report 54 mins ago