A recent video has surfaced on YouTube where a girl by the name of Chloe Standley, has come out claiming she got married to UFC’s Nick Diaz in Las Vegas.

Not only that but she claims her brother of all people was the one to ordain their marriage. There has been no confirmation from Nick Diaz as of yet addressing these claims made by Standley but it gets even stranger when she posted a photo of Diaz sleeping on her Instagram.

True or Prank? You Decide 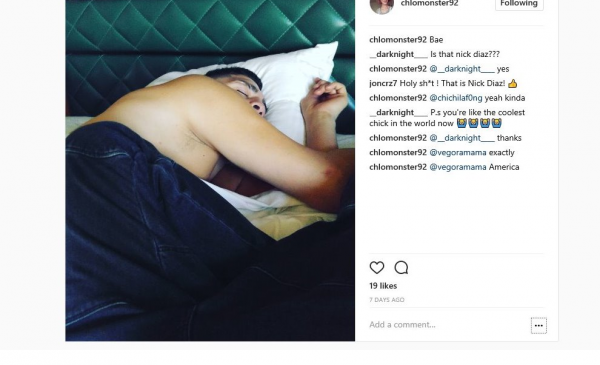 UPDATE: Nick Diaz did not marry Chloe Standley.  When ask if they really got married she responded “not exactly.”  Standley then deleted her video after receiving tens of thousands of views. Diaz did not make any posts about the accusation however there are screenshots of private messages where he responded “yes” to when asked if he did get married.  Although Standley’s video was deleted, others have uploaded the video under their own accounts.