The Onnit Invitational 7 was held at the Onnit Academy in Austin, Texas this past weekend on Saturday, March 17, 2018.

The Onnit Invitational featured a men’s absolute (open weight) division, a women’s atomweight (105 lb) division, and numerous exciting superfights throughout. One of the more well-known names on the card was Elisabeth Clay, the young blue belt who made waves this past year by winning the 2017 ADCC trials. 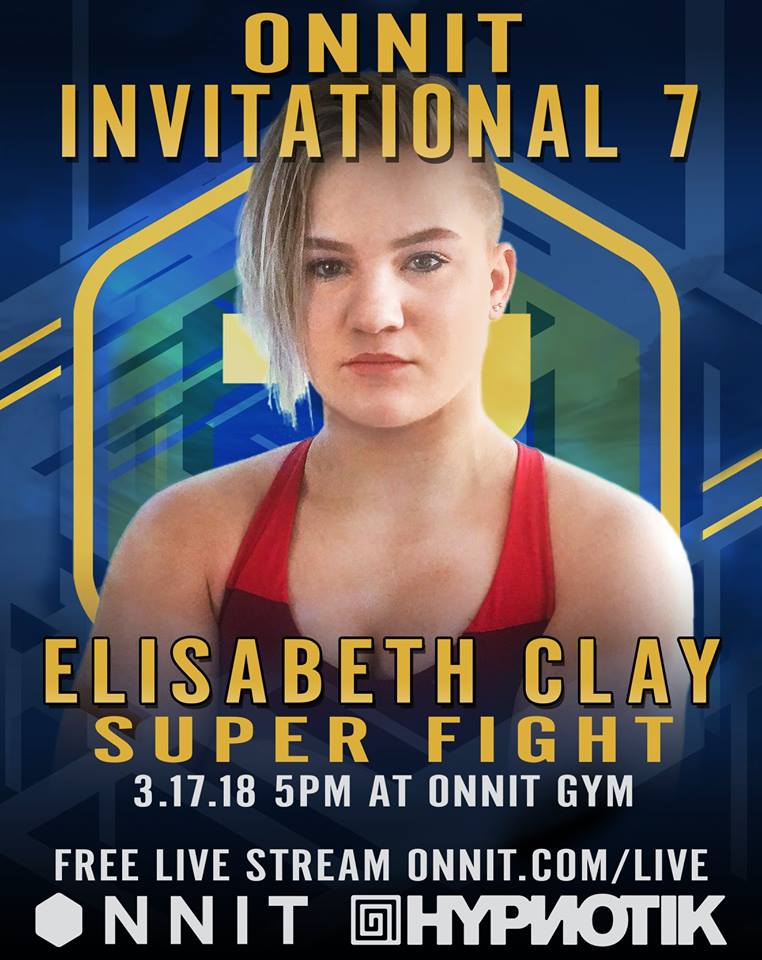 Elisabeth had an impressive performance in her superfight win against Ketra Bartek, securing a rear naked choke/omoplata hybrid. Interestingly enough, Clay’s younger brother, David, also graced the card in one of the opening superfight matches, losing to Joshua Hahm.

One of the most notable things about this event was the amount of teen and even pre-teen jiu jitsu players that were given the opportunity to compete. The card even opened up with a match between two kids under 10 years old, Moses Cabrera and Austin Heinz, with Cabrera securing a slick armbar on Heinz for the win. Probably the most impressive performance by a teen though was that of 15 year old blue belt Grace “the Silent Assassin” Gundrum from 10th Planet Bethlehem, who competed against adult women for the first time in the atomweight tournament. In fact, her first round match was against Charlene Gellner, who at 32 is over twice Grace’s age. Gellner also holds the rank of brown belt and is a Strikeforce MMA veteran. Even with those daunting credentials, Grace went on the mat calm and collected, beautifully executing a transition from 100% to a triangle choke to get the tap. In the finals Grace met another brown belt, Amber Rymarz-Freitas, who also happens to be the wife and student of second degree black belt Rafael Barata Freitas, creator of the “Barata-plata.”  Grace again efficiently secured a submission, this time by way of armbar from triangle, earning the title of Onnit Invitational Atomweight Champion and taking home an impressive $2,500 for her efforts. Videos of both matches are included below.

The men’s absolute division had some pretty large competitors which was a great contrast to all of the smaller competitors on the card, but much like the women’s atomweight tournament, the absolutes also produced a dominant winner with Joe Dierkhising of Revolution Dojo submitting all of his opponents within regulation. Joe’s first round match up against 2 time EBI veteran Travis Moore ended quickly by way of straight ankle lock. Dierkhising then faced UFC veteran Roger Narvaez in the semi-finals, winning with a heel hook submission to move on to the finals. In his final match against Patrick Miller, Joe executed an imanari roll to enter Miller’s legs and secured another heel hook, taking home the title of Onnit Invitational Absolute Champion and a $3,000 cash prize.

Due to copyright issues with the UFC, the Onnit Invitational 7 replay video has been temporarily removed, however a high definition version is expected to be uploaded soon. In the meantime, you can check out both of Grace’s submission victories below.

By Brady Briggs 18 mins ago

By Andy Stevenson 9 hours ago