Pedro Gonzalez (12-5) will make his Bellator MMA debut when the featherweight fighter from Rockport, Massachusetts bumps up to lightweight to take on Marcus “Blueprint” Surin (5-1) at Bellator 215.

“The Beast” Gonzalez returns to professional mixed martial arts action for the first time since a no-contest bout against Saul Almeida at CES 45 in August 2017. Prior to that fight nearly a year and a half ago, Gonzalez was on a five fight win-streak. His last loss dates back to nearly seven years to February 2012 when he dropped a decision to Claudio Ledesma at CFFC 13.

Gonzlez is the third of three Prime Elite Management (Prime Athletics) fighters to be signed to the Bellator 215 fight card at the Mohegan Sun.  He joins Lindsey VanZandt who meets Marisa Messer-Belenchia, and Matt Probin.  Probin’s opponent has not yet officially but announced but Travis Lizotte of WesternMassMMA.com did make an announcement yesterday that the fighter from Maine would be on the card.

“The Blueprint” is coming off a second round arm-triangle choke submission victory over Dean Hancock at Bellator 194.  That fight took place nearly a full year ago and came just four months after he made his Bellator MMA debut against Ryan Quinn.  Surin lost a unanimous decision that night.  He made his pro MMA debut in 2015, three years after Gonzalez suffered his last loss.

Bellator 215 is headlined by a heavyweight bout between Matt Mitrione and Sergei Kharitonov. 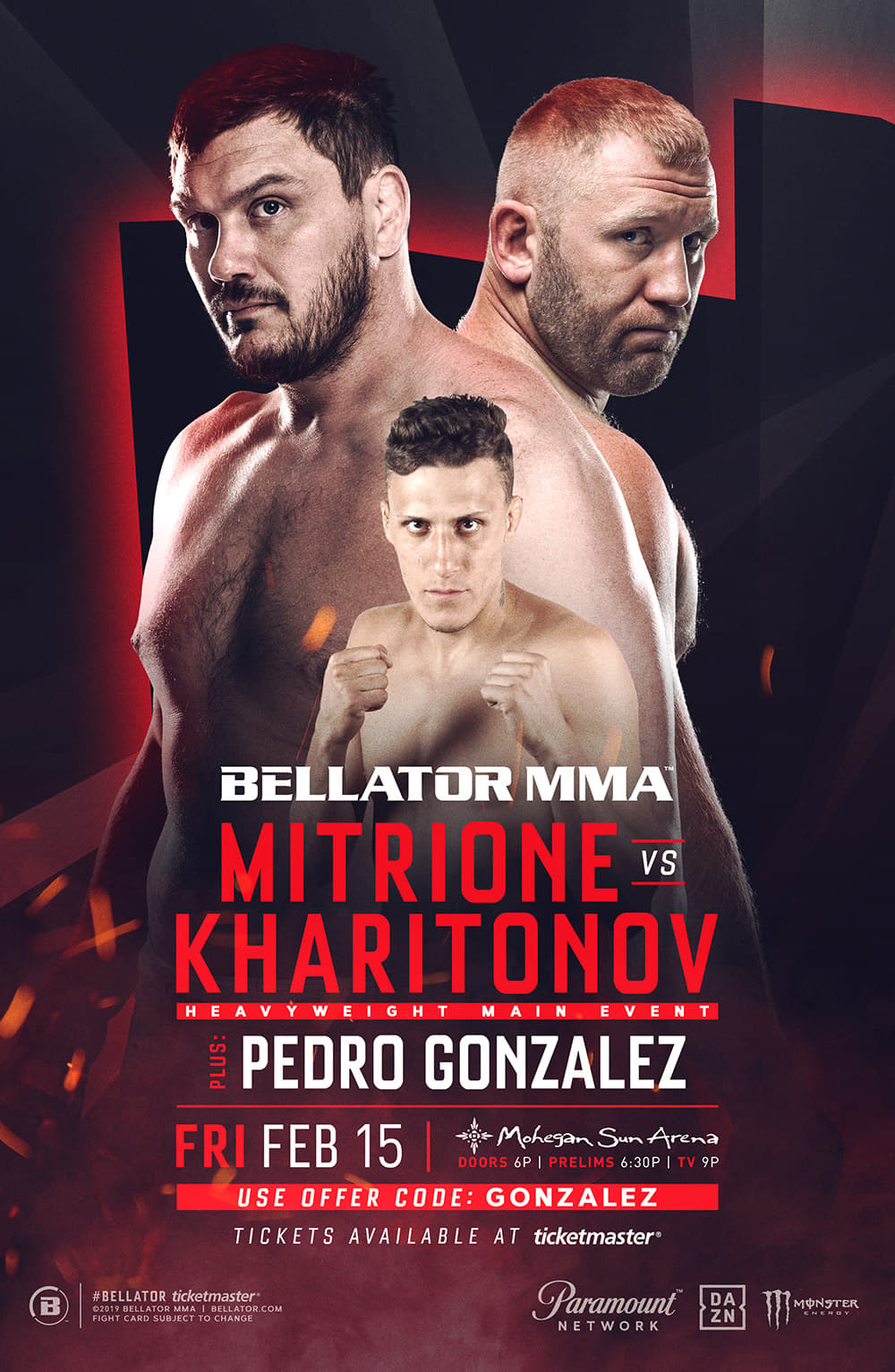