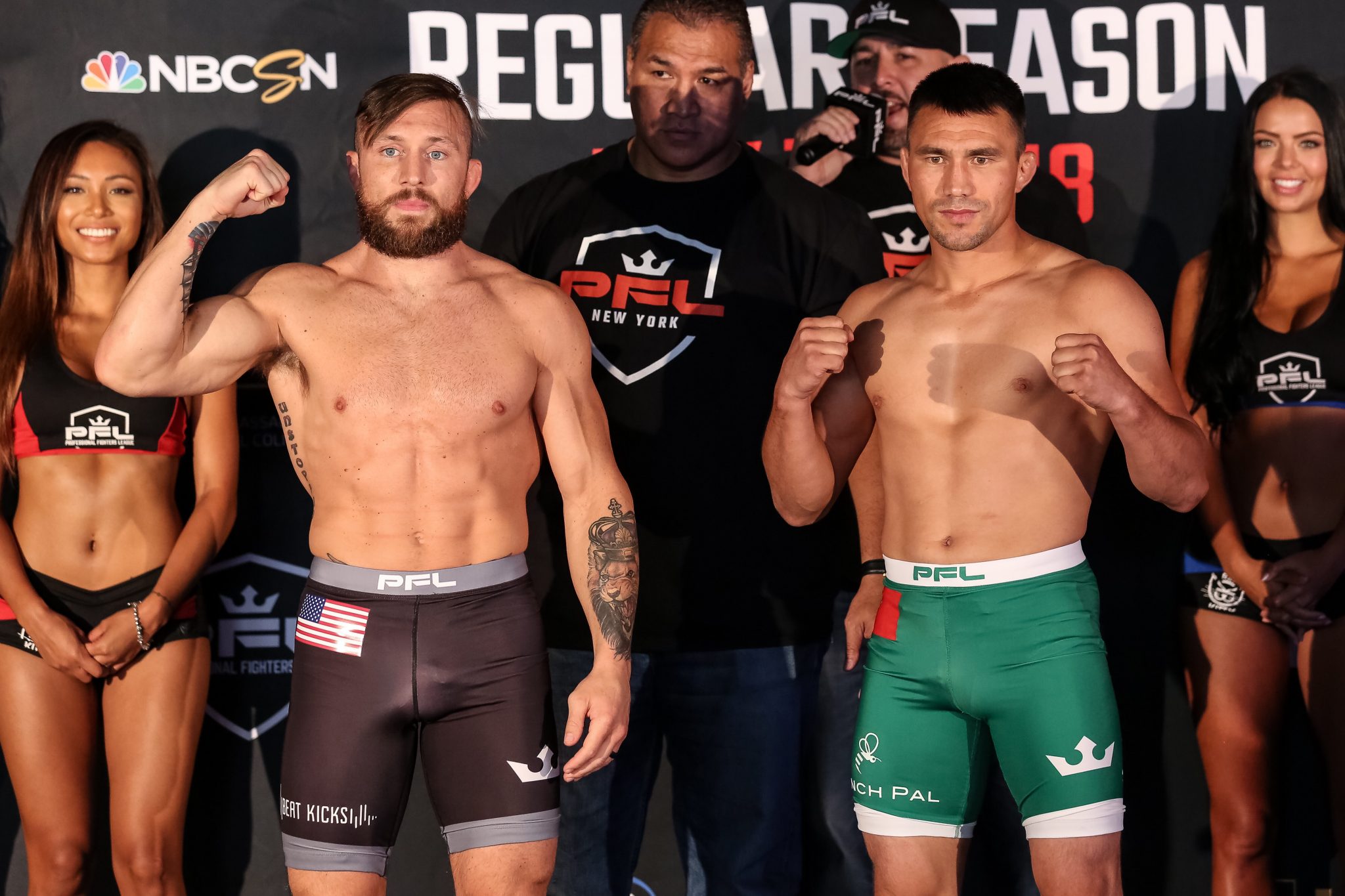 Tonight Professional Fighters League delivers the fourth installment of their inaugural season. PFL 4 will contain all featherweight and Heavyweight fights on the card. Tonight is the first of two PFL events taking place at the NYCB Live Nassau Coliseum in Uniondale, New York. The pre-fight show airs on Facebook live at 5:30P ET followed by the undercard at 6P ET, which also airs on Facebook live.

The main event will be between Ohio native, Lance Palmer (13-3), and Brazilian Juma Tuerxun (20-7-1). Palmer is looking to add bonus points to the five he already gathered from his second round submission at Madison Square Garden in New York City at PFL 1. Tuerxun has zero points as he lost at PFL 1 to co-main event fighter, Andre Harrison (18-0).

Harrison, 30, a native to Freeport, Long Island, New York is scheduled to battle Nazareno Malegarie (35-4) in the second to last fight of the evening. Harrison is currently undefeated as a mixed martial artist. The Bellmore Kickboxing fighter looks to capture his nineteenth career victory in his last regular-season PFL fight.

Weigh-ins from the night before are below.

Watch The pre-fight show HERE live in addition to the undercard bouts below.

By Dylan Bowker 34 mins ago