WASHINGTON, D.C. – The Professional Fighters League (PFL), in conjunction with non-profit veteran’s charity Ranger Road, are excited to bring two-time Olympic champion Kayla Harrison and two-time World Series of Fighting featherweight champion Lance Palmer to the Walter Reed National Military Medical Center on Tuesday, October 31 to perform an MMA demonstration for active service members and veterans receiving treatment at the center. The PFL is humbled and honored to give back to our country’s true warriors by providing this opportunity for those who have served and sacrificed for their nation. Harrison and Palmer will be joined by six-time kickboxing world champion and PFL president Ray Sefo as well as decorated Marine Corps Veteran and PFL fighter Shane Kruchten for the two-hour seminar.

Harrison won gold medals at both the 2012 and 2016 summer games, Palmer was a four-time Division I All-American from Ohio State University, Sefo is a legend in combat sports and three-time martial arts Hall of Famer, and Kruchten is a Marine Corps Veteran. Together, the four of them will meet service members and instruct them on MMA techniques.

“The spirit of giving back to those who have so selflessly protected our freedom has inspired all of us at the PFL,” said Sefo. “It is an amazing privilege for us to meet and show these heroes some martial arts moves, and my strong suspicion is they’ll have some moves to show us as well.”

PFL: Fight Night on Nov. 2 will benefit Fight For Children, an important Washington D.C.-based educational charity, will be held at the Washington Hilton and be broadcast at www.ProfessionalFightersLeague.com. It will feature highly-ranked Bulgarian heavyweight Blagoy Ivanov squaring off with Brazilian Caio Alencar in the main event while Palmer is set to duel longtime UFC-veteran Steven Siler in the co-main. 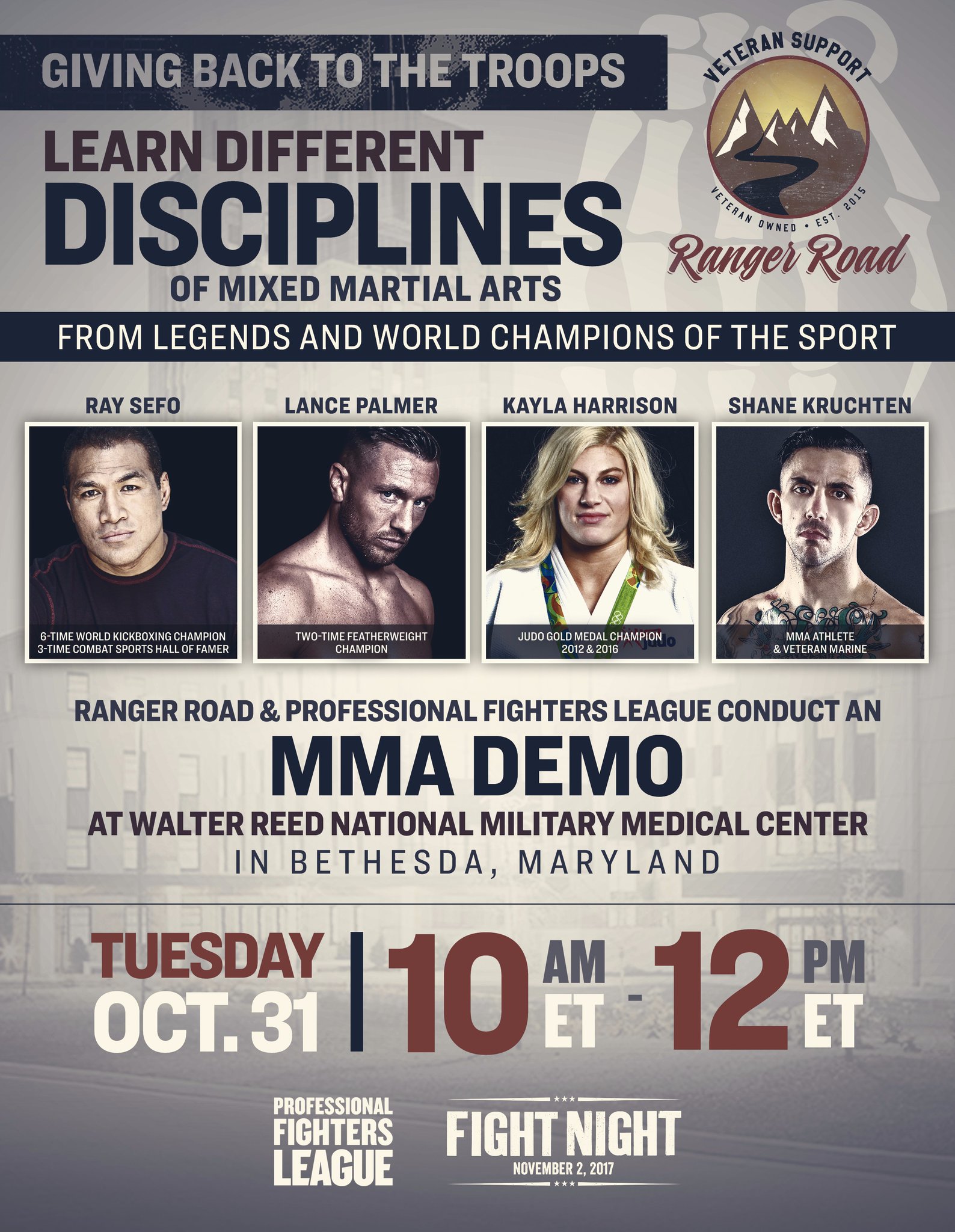