According to posts on their Facebook and Instagram social media pages, BAD Promotions, a boxing promotion out of Davies, Florida, will have fewer bouts than previously scheduled for this weekend’s fight card.

BAD Promotions was to hold a hybrid-event that would include both boxing and bare-knuckle fights on Saturday, January 14, live from Gulfstream Park in Hallandale Beach.

The event has since been cancelled after, according to the promoter, the management team that was in charge of the bare-knuckle portion of the event, submitted fake blood work for their fighters.

The statement reads, “We are disappointed to announce that 7 of the fighters on our event this weekend have popped for having fake blood work.  We held up our end on the boxing side as this was a hybrid event that we teamed up with Slaughter House Management to handle the bare-knuckle side, and unfortunately all of the fighters handled by them submitted fake blood work in a sport where blood is exchanged frequently.  This is a very serious matter for the health and safety of all the fighters and we respect the commission’s response to immediately suspend those fighters and so we will have to cancel this event.  We apologize for the inconvenience and all ticket sales will be refunded in full.” 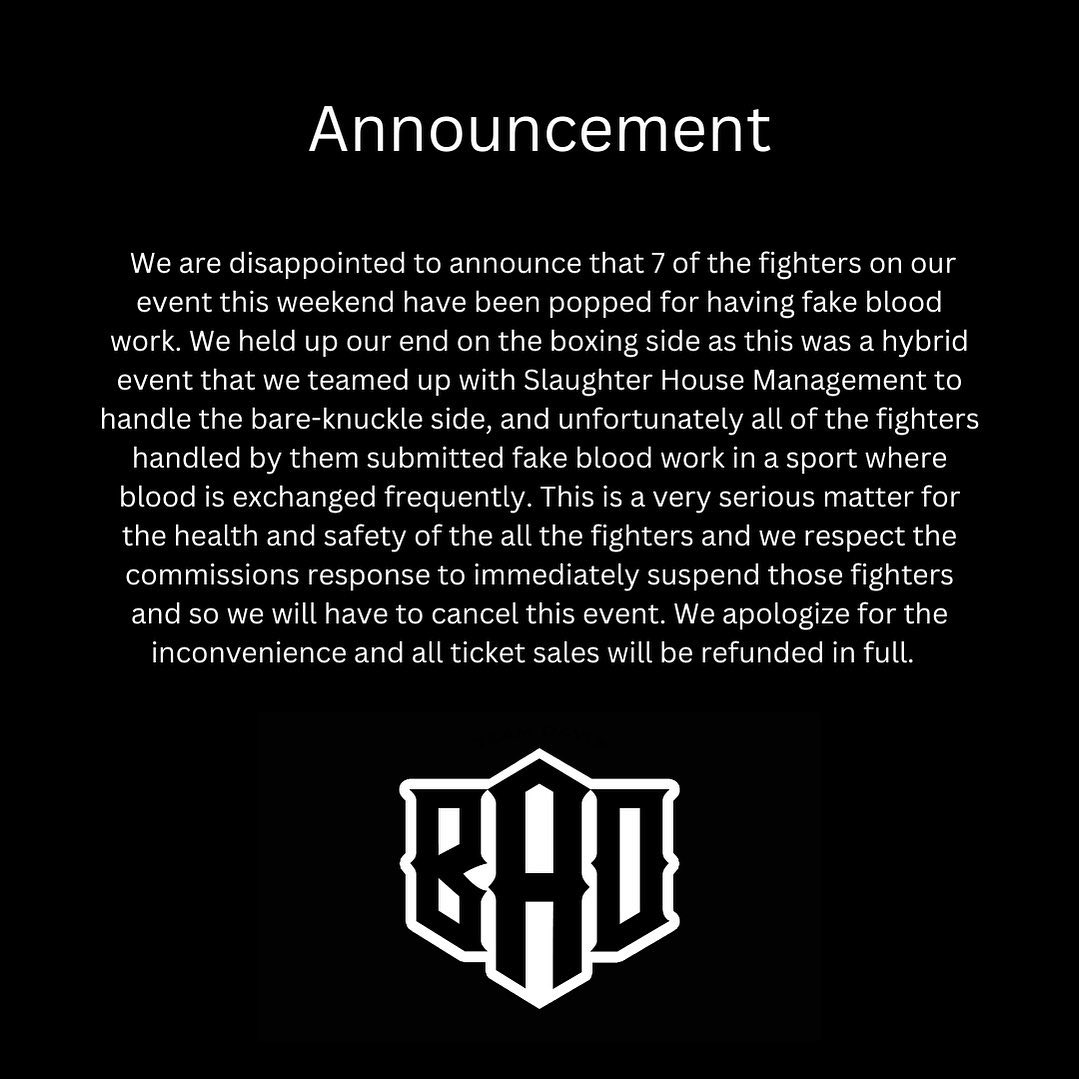 MyMMANews has since reached out to the commission for a statement. As of press time, a response has not been received but the story will update when that information arrives.