This is a very thin line I’m toeing here. Appearance, especially in western culture, is very taboo. But today I want to discuss the tactics used by BKFC that are working quite well. This subject on appearance of other women is quite touchy. I don’t want to hurt anyone’s feelings, everyone is beautiful in their own right. This article is simply an observation. Enjoy!

If you haven’t heard, Bare Knuckle FC has signed Pearl Gonzalez and Rachael Ostovich. One quick look at the Instagrams of these two ladies and you’ll see hoarders of thirsty men looking for a hint of acknowledgment from them. These moves have a similar motive and the women signed have one thing in common: they are all good examples of western beauty in women.

This isn’t the first time BKFC has done this either. We all remember the signing of Paige VanZant. It doesn’t end there. Charisa Sigala, Taylor Starling, Jenny Savage and more are all examples of the promotion signing very attractive women.

What’s the motive behind this? It is very obviously eyes on the product and knowing your audience.

If I had to put money on it, I would bet that BKFC’s audience trends to be mainly male and mainly younger. The promotion is trying to get more eyes on it’s product and it knows it’s audience very well. How to reach it?

Well, jacked up dudes and old school MMA legends are one way to do it.  We’ve seen giants like Quentin Henry and Chris Sarro as well as MMA icons like Chris Leben take part in the festivities that is bare knuckle boxing. 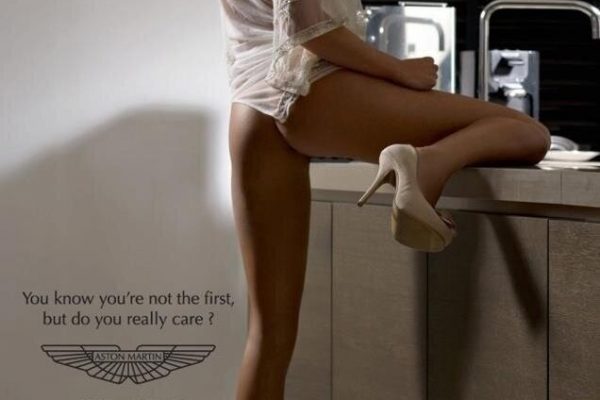 Just look at this Aston Martin ad allegedly trying to sell pre owned super cars. “You know you’re not the first, but do you really care?” While this ad was not a real Aston Martin ad, it caught fire more than any the car company put out. Why? There’s no Aston Martin in the ad. But there is a woman. And she appears to not be wearing any underwear. Sex. Sells.

Look at the social media presence of some of these fighters: 2.8 million followers, 743k followers, 238k followers. These women command enormous attention. While their looks is what brings people to their Instagram, their skills bring them to the squared circle into the chaos that is bare knuckle boxing.

If I’m a betting man, like I was earlier, I will be willing to bet the Paige VanZant debut in BKFC did exceptionally well. BKFC isn’t doing anything any other company does as well: follow the dollar signs.

I hope this didn’t offend anyone. I’m simply intrigued by the influencer marketing done by BKFC. Also, I’m happily married. Love you, boo.