Steve McCabe is a veteran of 27 professional fights.  Way back in April of 2006, he was 1-0 and took a fight at Louis Neglia’s Ring of Combat 10 versus a 3-0 prospect by the name of Frankie Edgar.  Steve didn’t fare too well in that fight, but you get the picture.

Put him in the cage, lock the doors, and let’s go.  McCabe enters that cage for the final time, this Friday, December 8th, at Art of War 4.  He ends his professional fighting career in his hometown of Philadelphia inside the 2300 Arena vs Ricky “El Numero Uno” Nuno. McCabe will be getting plenty of love as he has met and trained with some of the most respected people in Philadelphia MMA history. 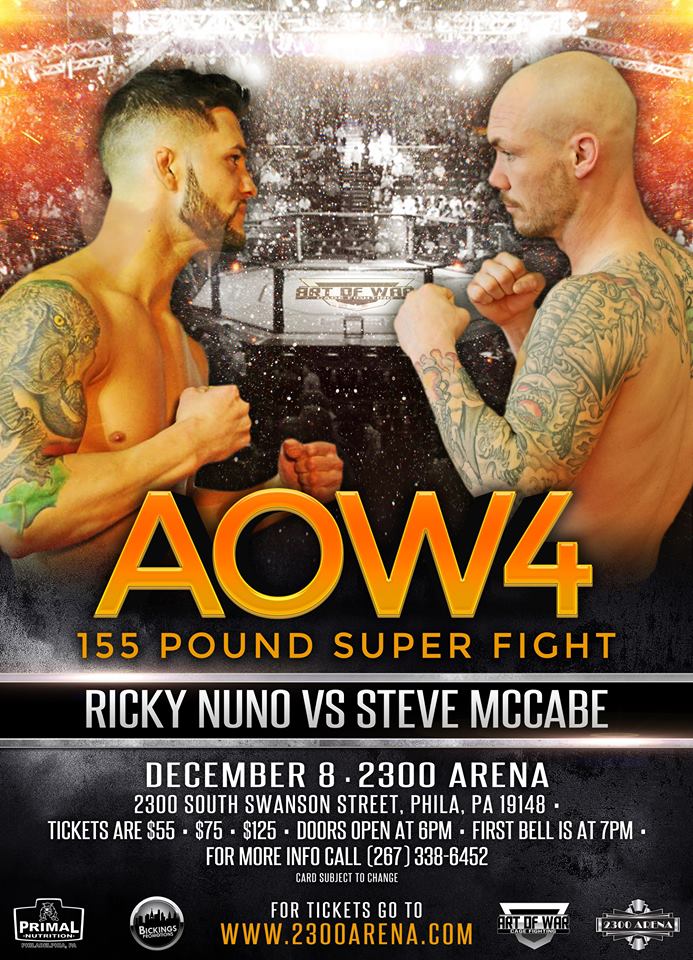 He may be leaving the sport as a fighter, but Steve McCabe is hot and heavy into teaching and coaching the arts.  He has landed at 302 Jiu-Jitsu in Wilmington Delaware.  302 BJJ has arrived on the scene as a consistent contributor to the areas martial arts promotions with numerous pro and amateur prospects.  Steve is right in the middle of that as he and his team help prepare their warriors for battle.

Heading into his last fight, I got to speak with Steve about his long and eventful career.

“When I first started fighting, there wasn’t amateurs or nothing like that.  I just went right into fighting professionally, and now here we are.  Ricky seems like a nice guy and I’m excited because I think the fans are going to get their moneys-worth with this fight.  He likes to go in there and throw down.”

I grabbed a few minutes from the busy fighter/father/fiance’/coach to talk about his path leading up to his retirement.  One of the class dudes in the sport.  Please listen in below to get some perspective on his career and his fight on Friday.

MyMMANews will be cage-side with up to the second results, and a full recap. The night is headlined by The Martinez Brothers. Will and Jesus.  Will faces Jeremy Pender and  Jesus “Chavo” takes on Pender’s teammate Tony Parker out of Drive MMA in Harrison, Ohio. 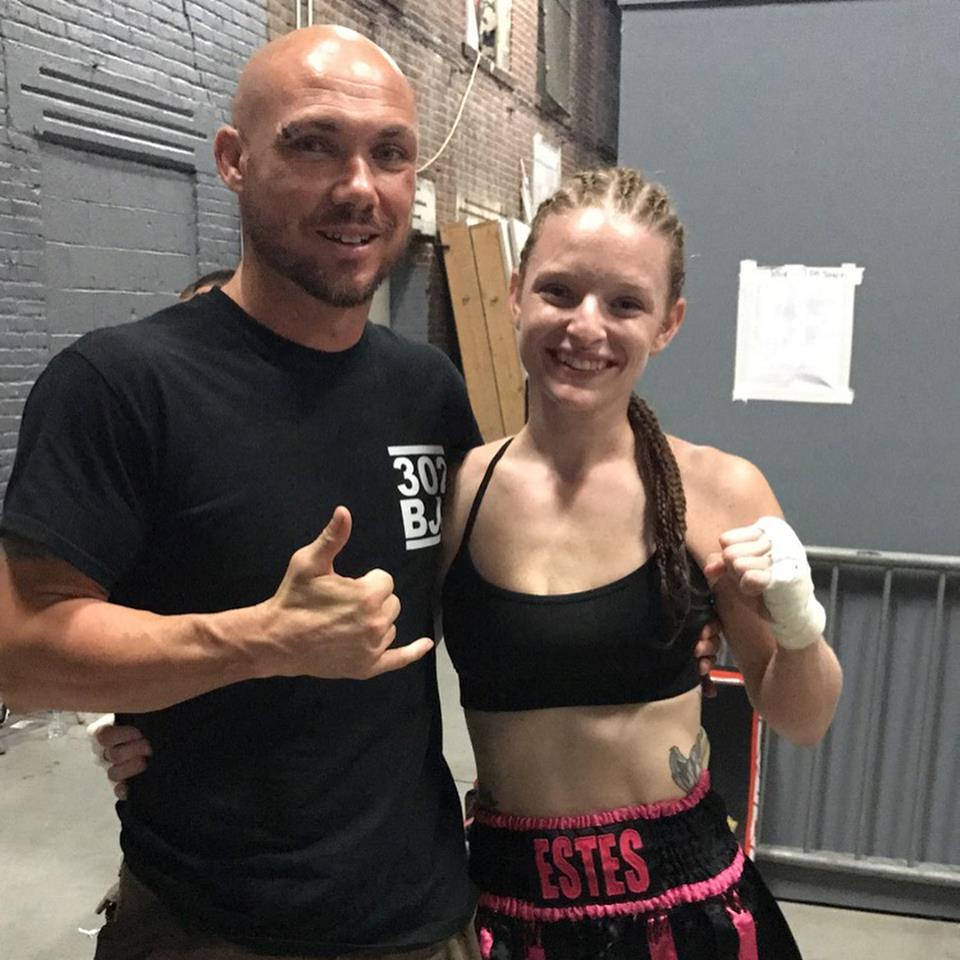