UFC 271: Adesanya vs Whitaker II is going down tonight in Houston Texas.  The main event features middleweight Champion Israel “The Last Stylebender” Adesanya who remains undefeated at middleweight at 21-0 fighting Robert “the Reaper” Whitaker for the second time. The defending champ’s lone career loss came when he moved up to light heavyweight and lost a decision to Jan Blachowicz.  He returned to his 185 lb weight class in June of 2021 and defended his title against Marvin Vettori.  Adesanya disposed of Whitaker in the 2nd round of their first match-up at UFC 243 in October of 2019.  Whitaker has gone on to win 3 fights in a row against top competition to earn the rematch.

In the night’s co-main event, we have a battle of big men as heavyweight knockout artists Derrick “the Black Beast” Lewis (26-8) squares up with Tai “Bam Bam” Tuivasa (14-3).  Lewis has won 4 of his last five and Tuivasa has won 4 in a row.  Lewis has 22 knockouts out of his 26 wins and Tuivasa has 13 knockouts out of his 14 wins.  It’s safe to say that it is a longshot for this fight to go the distance.  Here is how the co-main event went down, including round by round scoring from MyMMANews…

Referee Dan Miragliotta is the third man in the cage.   The first minute in and we haven’t really had much action and now the fighters are clenched with Lewis backed up against the cage.  After another minute of no action, the referee separates them, and we get back to the center of the octagon. Big right from Lewis glances and we are back to the clnch. Lewis in on a single leg but gives it up. Now Lewis does score the take down and is throwing bombs, but they are back to their feet and Tuivasa is throwing as well. Another take down from Lewis. Tuivasa up again. Round 1 ends in the clench…

Lewis comes out with a big right that Tuivasa ducks under.   Lewis lands a combination and chases Tuivasa to the cage and they are clinched again. Now the two are separated and exchanging lefts and rights Lewis scores, now Tuivasa coms back and Lewis looks hurt. Tuivasa with a left and a right cross elbow and Lewis is down and that is the end of the fight.

Official score…Tai Tuivasa winner via knockout   1:40 of Round 2 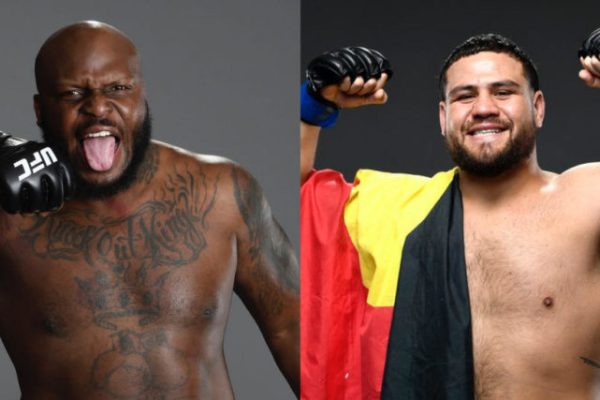