Valerie Loureda, one of Bellator’s most popular up-and-comers, will look to keep her undefeated professional mixed martial arts record in tact on January 25 when she meets newly signed, “Tiny Terror,” Tara Graff.

Loureda, 21, has won both of her Bellator fights to date. She finished Colby Fletcher at Bellator 216 in February 2019, and then returned to action against Larkyn Dasch, at Bellator 222 where she won a unanimous decision.

The taekwondo-based fighter has dabbled in reality television and has a huge following on social media, one of the many reasons that the Bellator organization has been giving Loureda a marketing push. By age 15, Loureda already earned “Master” status, a title given to only the most elite Olympic-caliber taekwondo fighters in that discipline.

But, Loureda will have her hands full with Graff, a 33-year old mother of three with a professional MMA record of 1-1.  “Tiny Terror” Graff fights out of Royal Martial Arts in Waldorf, Maryland. She comes to the Bellator promotion with a first round knockout win over Marisol Ruelas at King of the Cage, followed by a third round loss to Alibeth Milliron.

While Graff may have just about as much professional MMA experience as Loureda, the one thing Loureda lacks MMA wise was the amateur side of the sport .  Since 2015, Graff competed 10 times in MMA as an amateur, while Loureda jumped head first into the sport in 2018, competing just three times before transitioning to the pros.

Bellator 238 takes place at The Forum in Inglewood, California and is headlined by a featherweight title bout between champion Julia Budd and former UFC and Strikeforce champion Cris Cyborg. 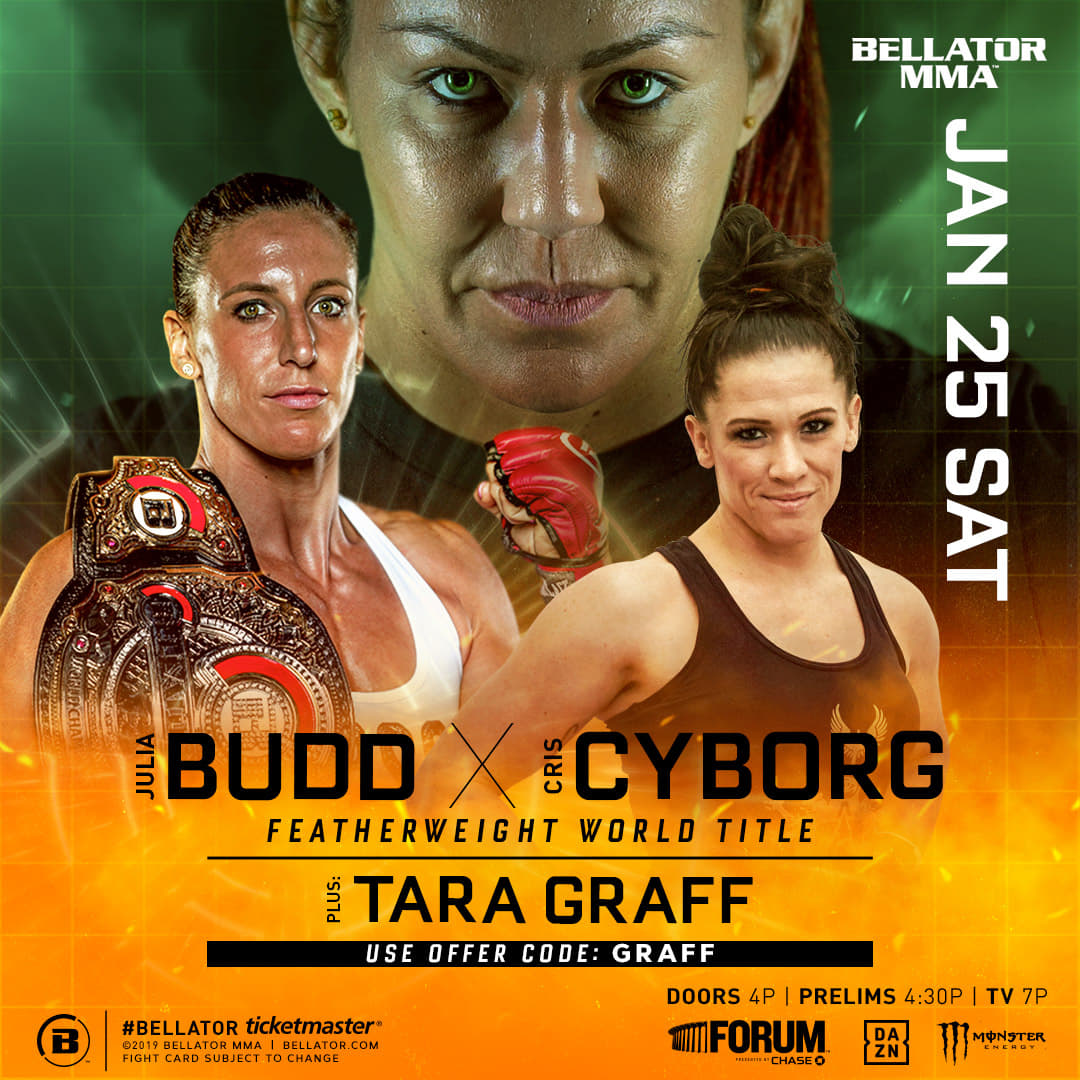 By Drake Riggs 13 hours ago