Video and photos by William McKee

Tom Espinosa (6-1) will compete in his first fight for Cage Fury Fighting Championships on Feb. 16. Fully aware that competing for the CFFC could lead him on a path to the UFC, Espinosa is not looking past his opponent in Andre Barquero Morera (5-1).  At the same time however, the Pure Mixed Martial Arts prospect is confident that his hand will be raised in victory in Atlantic City.

“I know he is fighting out of Daniel Gracie’s gym, which is cool.  I already knocked out one of their guys,” Espinosa said.

“He’s not a brown belt.  He’s got no grips.  He’s got nothing so I mean, when I’ punching him in the face, it’s just gonna be another white belt.”

Espinosa is riding a six-fight win streak, his most recent victory, a first round submission over Suhrob Aidarbekov at Bellator 208.

Currently ranked as the #2 flyweight in New Jersey according to Tapology, Espinosa is uncertain of where his division or his future will be.  Both Espinosa and his coaches are aware of the uncertainty of 125-pound fighters in the UFC, but a plan to transition to 135-pounds is in place if need be.

“We’re getting Tommy ready for his fight for CFFC,” said Andy Main, head coach and owner of Pure MMA.  “We’re excited to have him fight for CFFC, having fought there myself and having a lot of really good guys come through that promotion.”

Both Espinosa and Main are away of the challenges of moving up a weight class but together they are focusing on ensuring he is ready if need be.

When asked for a prediction about the fight with Morera, Espinosa was confident that he is far superior. 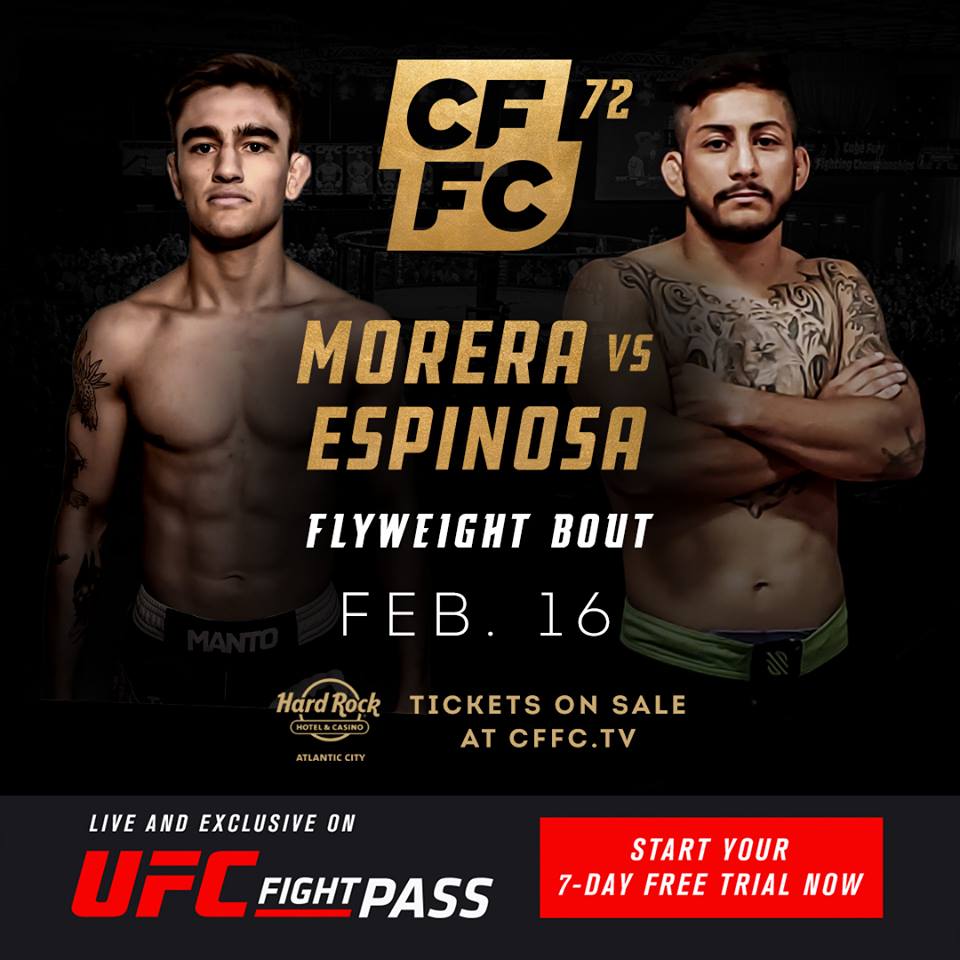