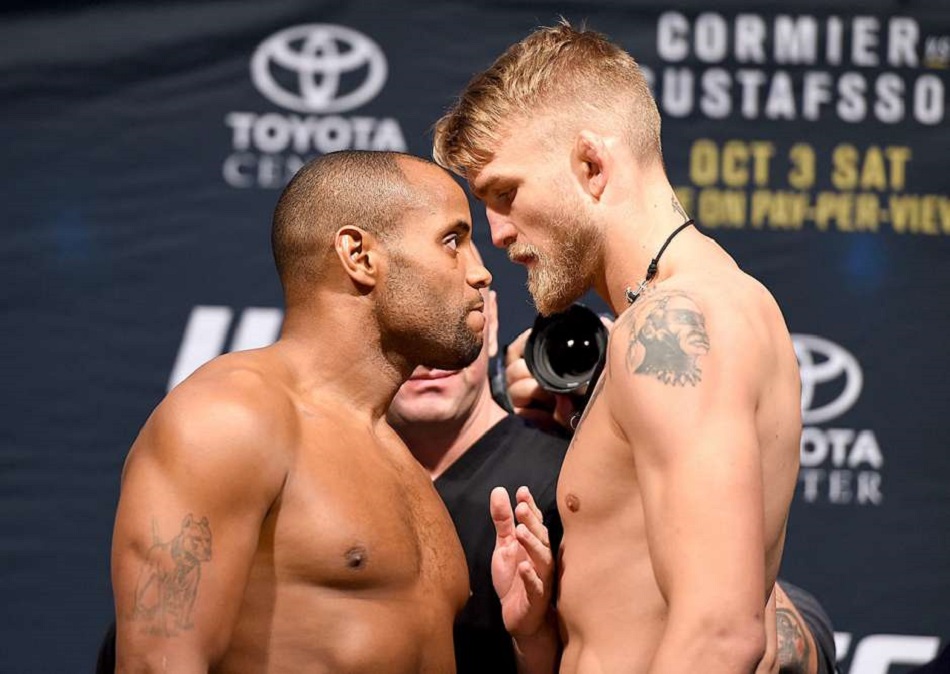 UFC 192 takes place at the Toyota Center in Houston, Texas, Saturday evening.  Fighters took to the scale today with all but one making weight.

The co-main event of Johny Hendricks vs. Tyron Woodley was cancelled earlier today after Hendricks was rushed to the hospital while weight cutting.  The former UFC welterweight champion was diagnosed with a blocked intestine and a kidney stone.

The complete UFC 192 weigh-in results include: