This fight is so compelling, it’s a real wonder how it’s going to go. We have perhaps the most dangerous 135 lb fighter in the world facing off against one of the most elusive talents in the sport. 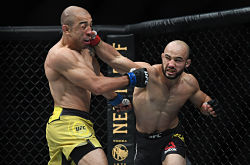 Moraes hasn’t fought since December of last year, while Sandhagen fought as recently as June of this year, though he didn’t get the outcome he wanted.

Moraes defeated Jose Aldo via split decision in December, and Sandhagen was submitted (rear naked choke) early in round one of his fight with Aljamain Sterling in June.

We were all really looking forward to both fights: Moraes versus Aldo didn’t really deliver, and the official decision was controversial. 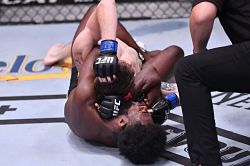 Then Sterling versus Sandhagen, no one knew how that was going to go, but Sterling didn’t even give ‘The Sandman’ a chance to get started.

However, they’ve each had a lot more performances than just their last, or most recent. For starters, they’re both top five bantamweights, and they’re both champions, in more than one form of fighting.

‘Magic’ has been competing in mixed martial arts eight years longer than Sandhagen, and he was ruling the WSOF bantamweight division when Sandhagen made his professional debut.

After starting his career out with a 5-4-1 record, Moraes quickly made all the adjustments necessary to become one of the best 135 lb fighters in the world. He didn’t lose another fight until his UFC debut, which spanned almost six years. 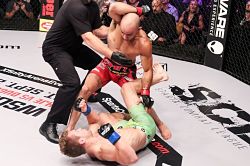 This included winning the WSOF Bantamweight Championship, having defended it five times.

Really, Moraes has six title defenses, he made weight for all seven title fights. His opponent for his first title defense didn’t however, and it was ruled a non-title bout considering.

Moraes lost his UFC debut to longtime top ten bantamweight Raphael Assuncao via split decision, a fight he could have very easily gotten the nod in.

His fight with Dodson was also very close, but he was awarded the split decision victory this time around. These two fights got ‘Magic’ comfortable inside the octagon, because he came out for his next three just how we always expected him to. 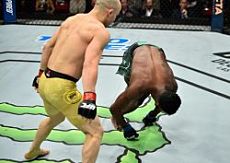 Moraes KO’d the 14-2 Aljamain Sterling with a vicious knee just 67 seconds into their fight in his next outing, before KO’ing the 21-1 Jimmie Rivera with a perfect switch kick to the head in just 33 seconds.

Mix those two performances with him avenging his loss to Assuncao immediately following his fights with Sterling and Rivera, stunning the fellow Brazilian with back-to-back overhand rights, before wrapping him up in a guillotine choke to get the tap at 3:17 of round one, we knew who was next in line for a title shot.

These three victories are as impressive as any back-to-back-to-back victories in this sports history. Sterling is a former five-time champion that had only lost two incredibly close split decisions coming into his fight with Moraes, and hasn’t lost since. 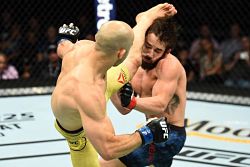 Rivera is a former six-time champion that was on a 20-fight win streak, and Assuncao was 27-5 overall as a professional, and 11-1 in his last twelve with the only loss being to TJ Dillashaw, who one of those eleven wins was over.

Moraes would end up getting his title shot for the vacant belt against Henry Cejudo at UFC 238. Moraes had the best round one you’ll ever see anyone have, he was so dominant early on. However, the grit that Cejudo possesses, it was enough to weather the storm and pour it on in rounds two and three. 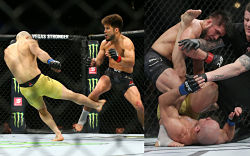 Cejudo showed us, if you’re tough as hell, and you can pay attention to everything Moraes throws, chances are you can start to wear him out after about seven or eight minutes of fighting if you push the pace.

Even if Moraes lands hard, which he did, Cejudo paid attention to the strikes coming his way, he saw them, thus the reason he wasn’t finished.

Moraes’ one fight since then was against Jose Aldo, where as mentioned above, it was a controversial decision. Most people believed Aldo won, he did pressure Moraes the entire fight, but there were two significant moments of the fight, just two, and they both belonged to Moraes.

The switch kick to the head Moraes opened up round one with, and the hip toss Moraes landed on Aldo at the end of round one. Aside from that, the fight was dead even with Aldo pursuing the action. 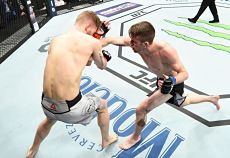 Before joining the UFC roster, Sandhagen had a 7-1 record and was a former SCL Featherweight Champion, a belt he vacated considering he only fought that lone time in the promotion.

This was very impressive because Arnett is a good striker and he was a lightweight for much of his career, Sandhagen’s a natural bantamweight, and he TKO’d him in round two.

His next bout came against the 36-9 (1 NC) Iuri Alcantara, who he was in all sorts of trouble against early on.

Alcantara is a high level black belt in Brazilian Jiu-Jitsu, has been for a long time, and he’s even competed as high as 170 lbs, winning fights against UFC veterans at that weight.

Alcantara almost submitted Sandhagen numerous times in that first round, chambering submission after submission, but ‘The Sandman’ survived the round and came out in round two with a vengeance, and got the TKO victory 61 seconds into the round. 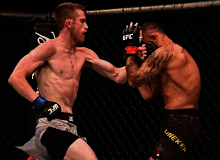 He then submitted Mario Bautista with a beautiful armbar at 3:31 of round one of his next bout, before defeating John Lineker via split decision, and then Raphael Assuncao via unanimous decision.

That brings us to his fight with Aljamain Sterling, which he seemingly just didn’t have much of a chance in. 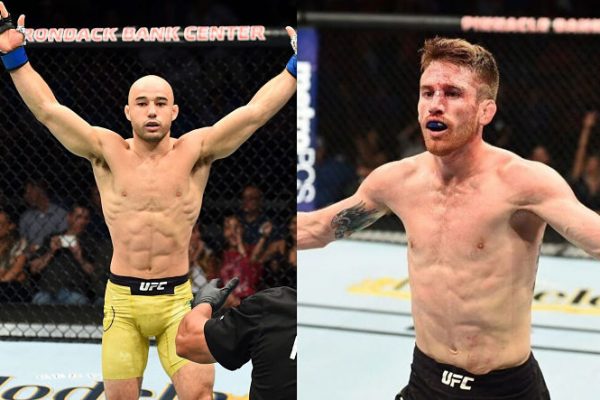 This is such a fun fight! We have no clue how it’ll go. Chances are, either Sandhagen will use his superior endurance to weather Moraes’ storm and start to pick him apart in the later rounds, or Moraes is just too powerful and technical on the feet for him early on and it gets stopped considering. 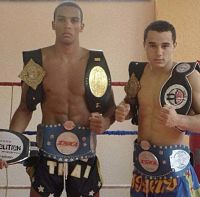 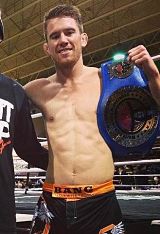 This fight most likely depends on whether or not Moraes can get a finish by round two. His switch kick to the body, and especially to the head is the cleanest and most vicious in the entire sport. His round kicks are also a problem.

His hands are lethal, incredibly quick, equally as powerful, and equally as diverse, and he also has wicked leg kicks. 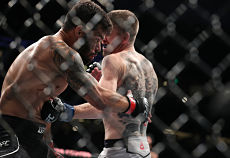 Sandhagen takes a more volume-based approach to his striking, and it works beautifully for him. He fights kind of like TJ Dillashaw, or maybe Max Holloway.

He’s as good as they come at striking while switching stances, something that very few in the sport can do, especially against the best.

Sandhagen also has some beautiful flying knees, as well as some really crisp elbows. With him being the taller man, ‘Magic’ will certainly have to watch out for those.

With ‘The Sandman’ being the longer of the two parties, that may work out well for him. Moraes has shown us time and time again however that he’s capable of getting into range in order to land his own strikes. This will be very interesting to observe and see which way it goes.

They’re also both very defensively sound, both in the striking and grappling departments, though it’s likely this fight plays out on the feet entirely.

Lastly, we have to consider their frames for the bantamweight division, and for how they match up with one another. Sandhagen stands 5’11” with a 71” reach, while Moraes stands 5’6” with a 67” reach.

If Sandhagen wins this fight, he’ll be right up there even closer to a title shot, and will probably only have to fight once more, and win, in order to secure a title shot. Moraes on the other hand most likely gets a title shot with a win, unless Sterling still hasn’t gotten his that is.

Who do you see winning this exciting top five bantamweight clash?

By Brady Briggs 20 mins ago