Some of the changes may surprise you, some not.  The majority of the significant changes took place int eh UFC pound-for-pound rankings which is comprised of fighters from various weight classes.

We all knew it was coming, but the fight had to happen first.  Jon Jones has regained his position as the number one pound-for-pound fighter on the planet after knocking out former champion Daniel Cormier in the main event on Saturday night.  With his win Jones earned back the UFC light heavyweight title and climbed four spots in the P4P rankings.  Cormier moves four spots from number three to number seven.

How it works:  per the UFC website – Rankings were generated by a voting panel made up of media members. The media members were asked to vote for who they feel are the top fighters in the UFC by weight-class and pound-for-pound. A fighter is only eligible to be voted on if they are in active status in the UFC. A fighter can appear in more than one weight division at a time. The champion and interim champion are considered to be in the top positions of their respective divisions and therefore are not eligible for voting by weight-class. However, the champions can be voted on for the pound-for-pound rankings. 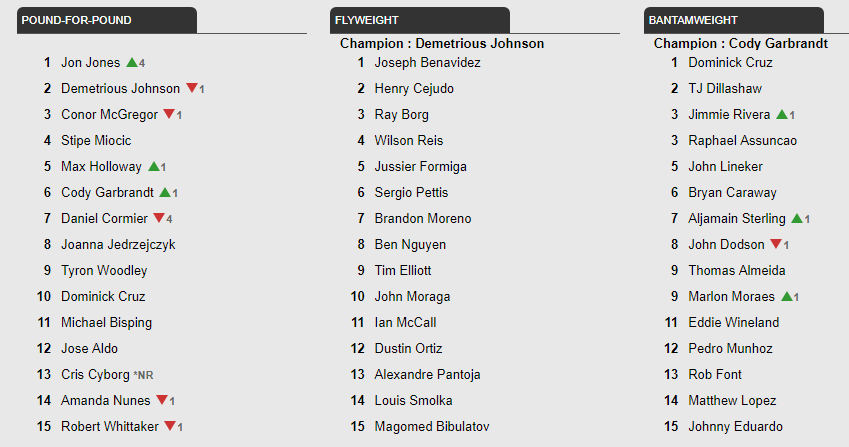 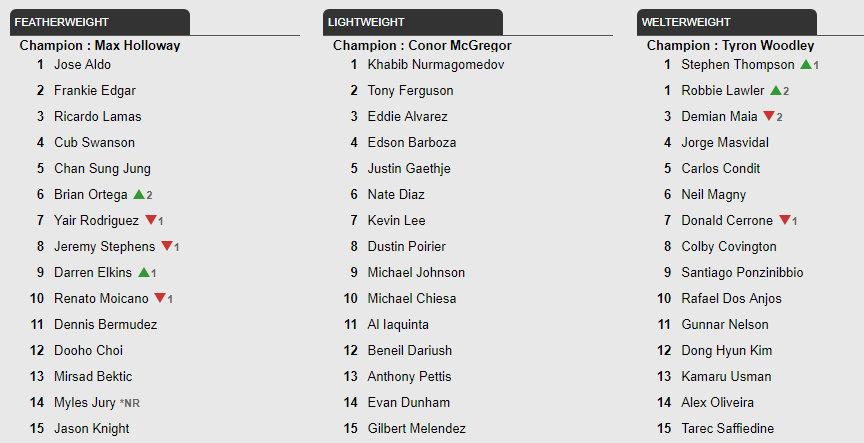 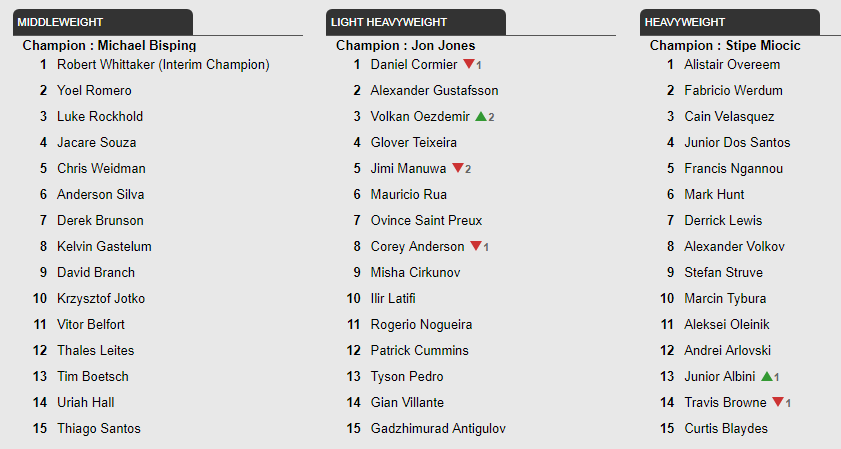 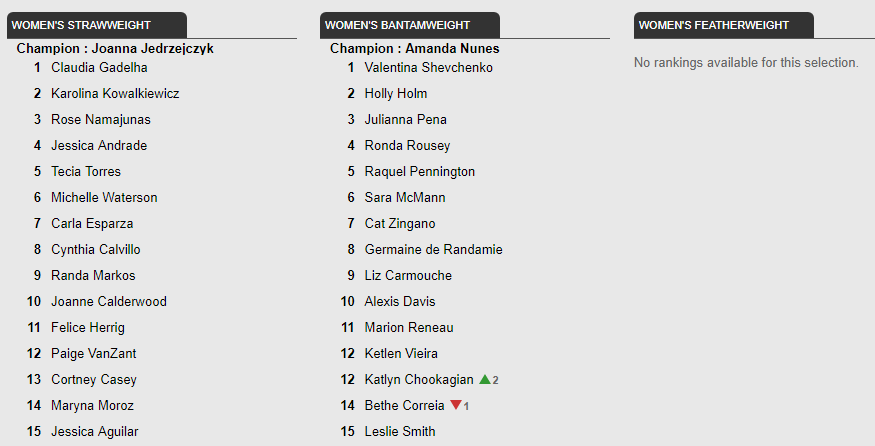 By Ryan Sprague 3 hours ago

By Donal Long 8 hours ago