We have a truly epic heavyweight bout coming to us this weekend at UFC Vegas 20, as kickboxing champions Jairzinho Rozenstruik (No. 4) and Ciryl Gane (No. 7) battle it out in the five-round main event of the evening.

Both of these talents are still relatively new to us, and the UFC, but they’re both already ranked inside the top ten. 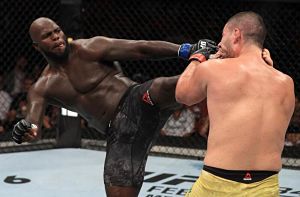 Jairzinho Rozenstruik TKO’d Junior Albini early in round two with a vicious head kick, after being out-wrestled in round one.

He followed this up with two first-round KO victories, one over Allen Crowder, and one over former UFC heavyweight champion Andrei Arlovski. The Crowder fight lasted nine seconds, and the Arlovski fight just 29 seconds.

Next came a bout against fellow kickboxing champion Alistair Overeem.

Though Overeem won 24 minutes of that fight, Rozenstruik timed an overhand perfectly with five seconds left, split Overeem’s jaw, and the fight was over. Rozenstruik was the victor via KO at 4:56 of round five. 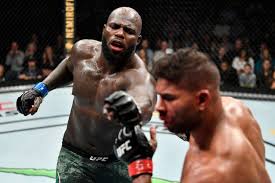 Rozenstruik was then matched up with Francis Ngannou, who KO’d him in just 20 seconds. He didn’t have a chance to get going with the way Ngannou swarmed him. Ngannou knew he wasn’t going to win that fight being technical, and he did what he needed to do.

This was followed up by Rozenstruik TKO’ing another former UFC heavyweight champion, this time Junior dos Santos in round two.

Ciryl Gane showed us something we really didn’t expect out of him in his UFC debut, as he submitted (arm-triangle choke) Raphael Pessoa toward the end of round one. He was just 3-0 as a professional, he’s a striker, and we found out he has a ground game. It was surprising to say the least.

Gane followed this up by surprising us once again, this time submitting (heel hook) Don’Tale Mayes at 4:46 of round 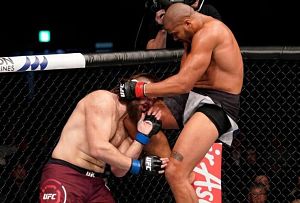 three. Next came a bout against former five-time Unified MMA heavyweight champion Tanner Boser, who was 17-5-1 as a professional going into their fight.

Gane handily out-classed Boser to a unanimous decision victory, being awarded the 30-26 scorecard from all three judges.

This brings us up to his last bout, where he, like Rozenstruik, was matched up with Junior dos Santos, and he, like Rozenstruik, TKO’d him in round two. It’s crazy to imagine someone that’s just 6-0 defeating a 30-fight world champion like that, and then finishing him the way he did, it was extraordinary. 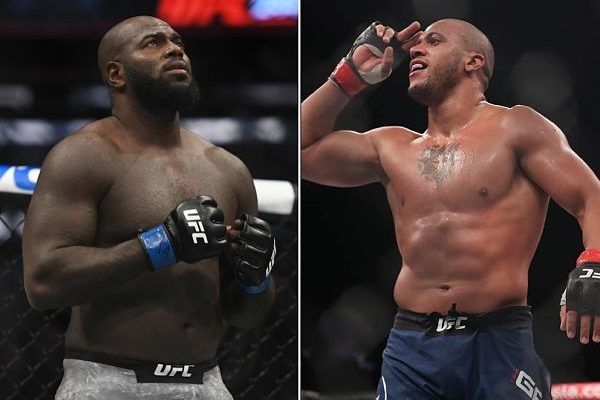 Prior to joining the UFC, Gane won the TKO heavyweight championship in his first ever mixed martial arts bout, and defended it twice before coming over to the UFC.

We’ve got to say, it was surprising seeing Gane win his first three UFC bouts without a knockout, but we finally got to see that in his last fight. Prior to his mixed martial arts career, Gane went 13-0 as a kickboxer, and many had very high aspirations for him in the sport, but he decided to cut the career short in order to focus on MMA.

Rozenstruik on the other hand is an incredibly accomplished and experienced kickboxer, as he went 76-8-1 in the sport with 64 knockouts.

With Rozenstruik standing 6’2”, boasting a 78” reach, and Gane standing 6’6” with an 81” reach, it’ll be very interesting seeing how the distance management from each of these two assassins will play out.

Who wins this heavyweight main event of kickboxing champions?