For those of you who didn’t catch it, combat jiu jitsu veteran and 10th Planet Bethlehem owner JM Holland recently posted on his Instagram a screenshot of a text with Eddie Bravo where Eddie informed him that he finally got upkicks approved by the athletic commission for use in future combat jiu jitsu events. 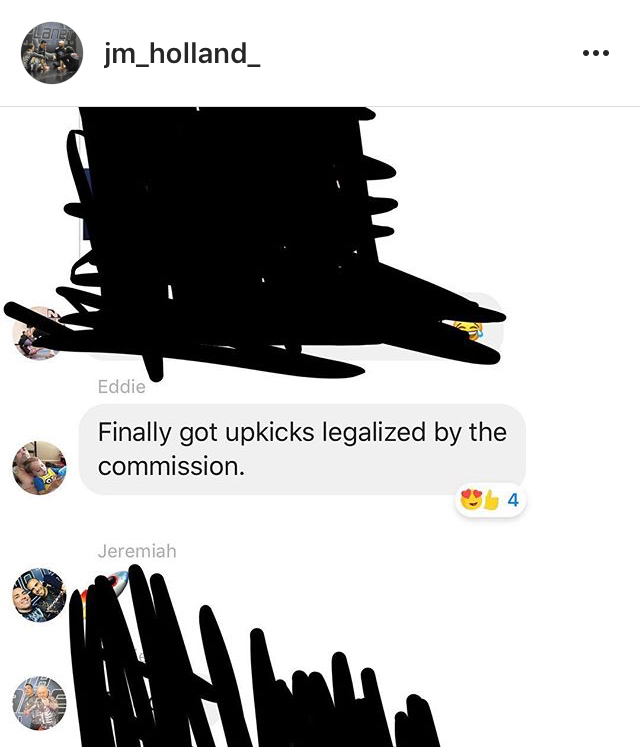 JM discussed the change and how it came about recently on Brandon Mccaghren’s Podcast BMac’s Audio Adventure, and this past weekend Eddie himself announced the change on Joe Rogan’s Fight Companion Podcast #40 during the Stephen Thompson v. Darren Till event.

This is quite a game changer for the combat jiu jitsu ruleset, which consisted of your typical EBI rules – an all submissions legal 10 minute round and up to three overtime rounds starting from either the back or spiderweb position – but also allowed for open hand palm strikes when an opponent is on the ground. At Combat Jiu Jitsu Worlds we started to see people try to game this ruleset a bit more, by doing things like dropping forward to one knee in order to consider themselves “grounded” enough to strike someone from that lunging position.

JM’s match against black belt Sidemar Honorio in particular brought up the question of whether or not upkicks should be allowed when you are on the ground and your opponent is able to strike you. As you can see in the video below, after the first minute and a half once the match hits the ground, rather than follow JM to the ground and try to pass his guard to go for a submission, Honorio seemed content to stay mostly standing and just use palm strikes from there. JM attempted to implement techniques such as the kiss of the dragon sweep to get Honorio to the ground and force the action, but a majority of the match was conducted at a bit of a distance due to Honorio’s strategy of striking over submissions. On the Fight Companion Podcast, Eddie referred to this type of thing as “guys getting too comfortable in purgatory, just standing over guys.”

As evidenced in the match, from the guard position on the ground in combat jiu jitsu you are able to be easily struck by a standing opponent, however there is limited offense for you as far as striking goes in return. After JM’s match, he was one of the main supporters of upkicks being allowed for the competitor who is on his back playing guard. It seemed only fair and is a lot more realistic in terms of a real self-defense situation, which is what combat jiu jitsu is supposed to mimic. After all, combat jiu jitsu was made to keep people’s ground fighting honest, not for people to be aiming for TKOs, as Eddie has said in the past.  Obviously Eddie was on board for the idea of upkicks being added and has been wanting to add them for a while, so now with it being approved by the commission we can look forward to seeing this rule change implemented in future events. 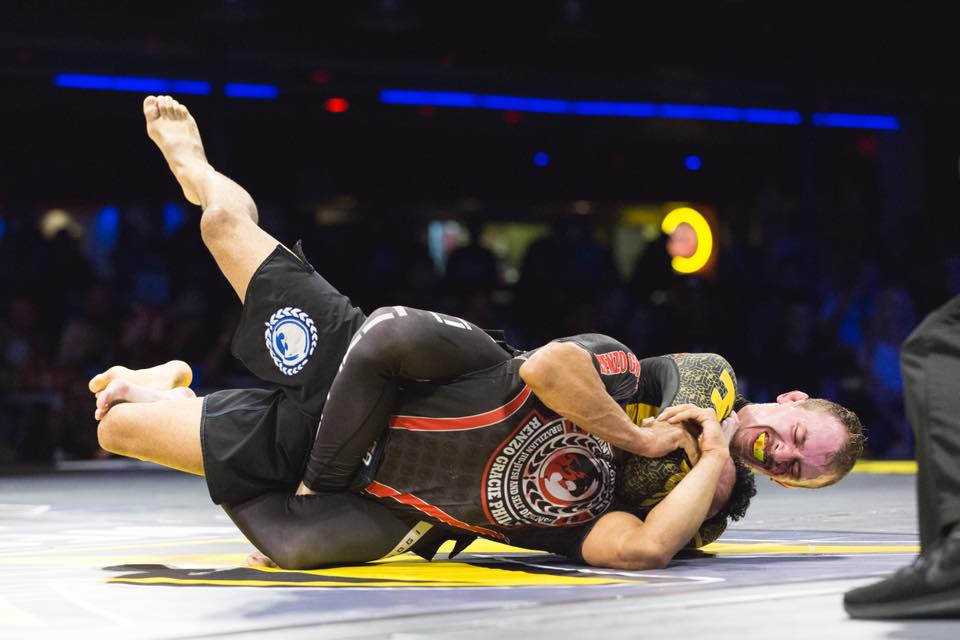 JM is quite the combat jiu jitsu pioneer after being in the first ever combat jiu jitsu match, the first combat jiu jitsu worlds event, and now having a large part in developing the ruleset based on his experience. Some of the most iconic combat jiu jitsu pictures are of JM’s matches, largely due to the fact that he hasn’t been afraid to play his guard-based game even when there is a risk of getting struck from that position.  When I talked to him recently he said that his style of competing has been pretty polarizing and “people either like me or want to see me get slapped.” 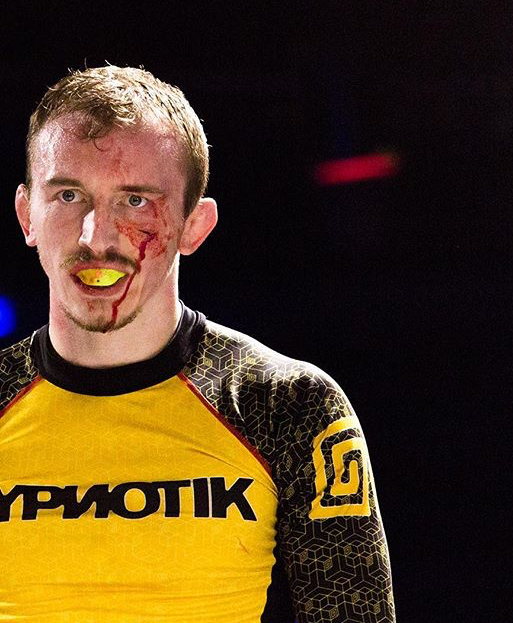 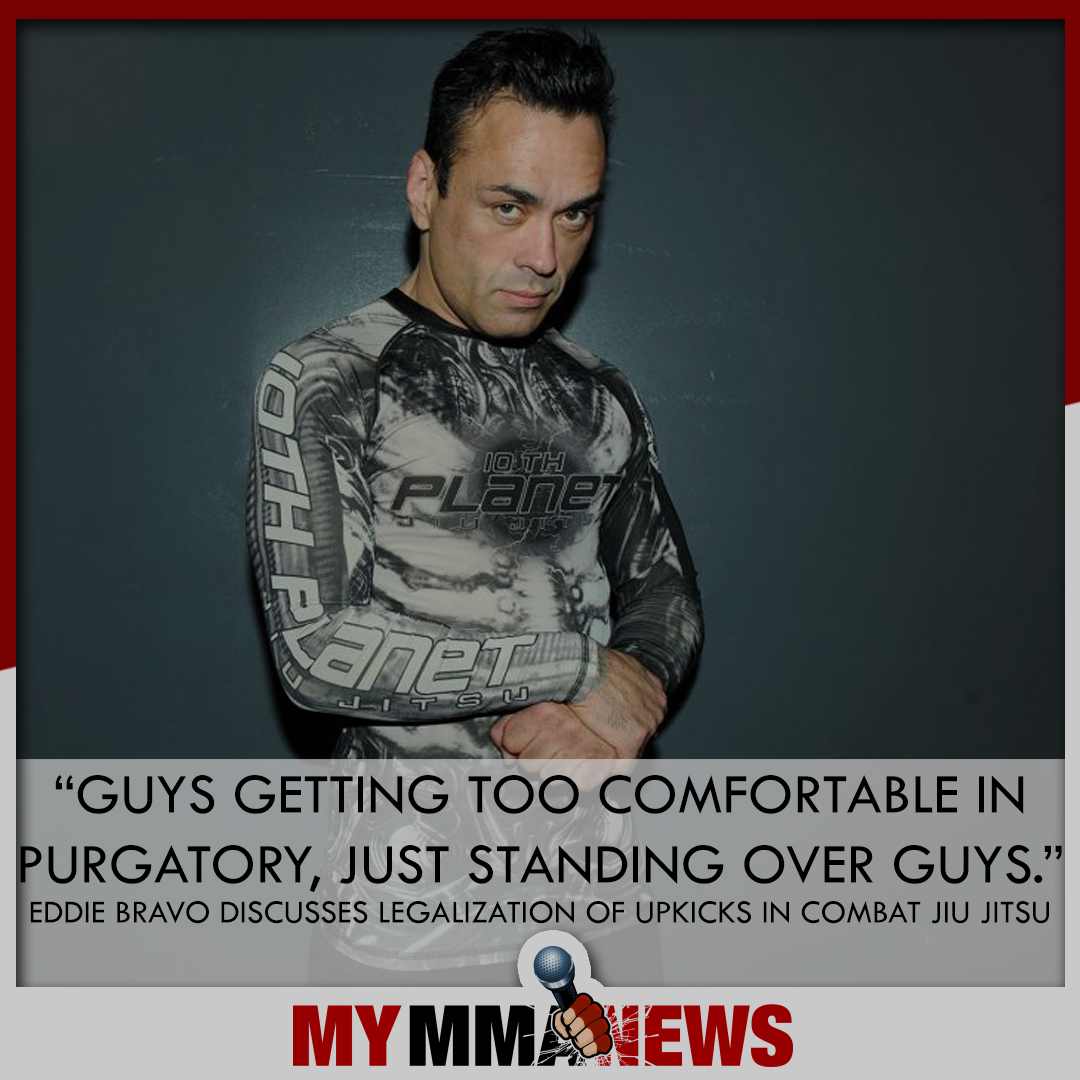