The end of March will be an absolute war zone with Hockessin, Delaware being the hub. All around, combat sports aficionado Gary Grant Jr. has an action packed weekend in store for the first state on March 28th-29th with events taking place all day!

Starting with the WAKO (World Association of Kickboxing Organizations) Team USA National Championship coming to the first state of Delaware on the weekend. Two rings will be in full operation for the tournament with roughly 90 fights tentatively scheduled to take place over the course of both days. Still in search for top tier competitors for this tournament, Grant is committed to piecing together a team the United States can be proud of with the nations top kickboxers to represent Team USA in the WAKO World Championship scheduled for 2021. For anyone interested in competing in this years WAKO 2020 Team USA National Championship tournament, Grant is still accepting fighters as he says,

“You can still register up to March 23rd. That’s going to be the hard cut off. And thats at WAKOusa.org. And you can definitely register there anytime. There is a fee to register, it is a tournament.” Continuing with “I think every male adult division-guaranteed a fight. Probably every junior male division-guaranteed a fight. Adult females-Most of them are guaranteed a fight right now. But if you register and we don’t get you a fight or WAKO doesn’t get you a fight, it’s a money back guarentee. Its a no lose situation. So, go ahead to register. If we get you in the data base, we’ll start finding a fight for you!” With weigh ins taking place on “Friday evening”

As if the WAKO championships weren’t enough, Grant also scheduled a night of “Muay Thai in the cage.” The predominantly Pennsylvania based promotion, USKA will also be making its way to Delaware for the first time as well on Saturday, March 29th.

With a spectacular main event scheduled for the USKA 135lb title, Team XCWT’s Jordan Wilson takes on Rami Elite’s, Josh Quintero. In what’s expected to be an extremely technical battle between two of the top level 135ers from very respected schools, this bout is worth the price of admission, alone. Grant says about the matchup, “That is the fight to look for that night!!!” Watching these two warriors work it out in the center of the ring will cap off a weekend of fighting, the first state of Delaware won’t soon forget.

For any competitors looking to compete on that card, Grant says, “As far as Saturday fights. We’re still taking applications for those fights as well. The Muay Thai in the cage. And thats at USKAfightsports.com and the tickets will be available there also!”

Tune in above to hear the full interview with Gary Grant Jr as he chats with me to discuss what’s coming to my home state of Delaware in the coming weeks. We also talk about his role in Bare Knuckle Fighting Championship, how the infamous “squared circle” came to fruition and its future plans. We also touch on Grant taking over USKA, his two road dogs/former students-Tyler Austra and Alexis Krashnak who travel with him and are responsible for the ring/cage transportation, as well as some of the fun stories that Grant shares from the road, “chasing the fight game.” 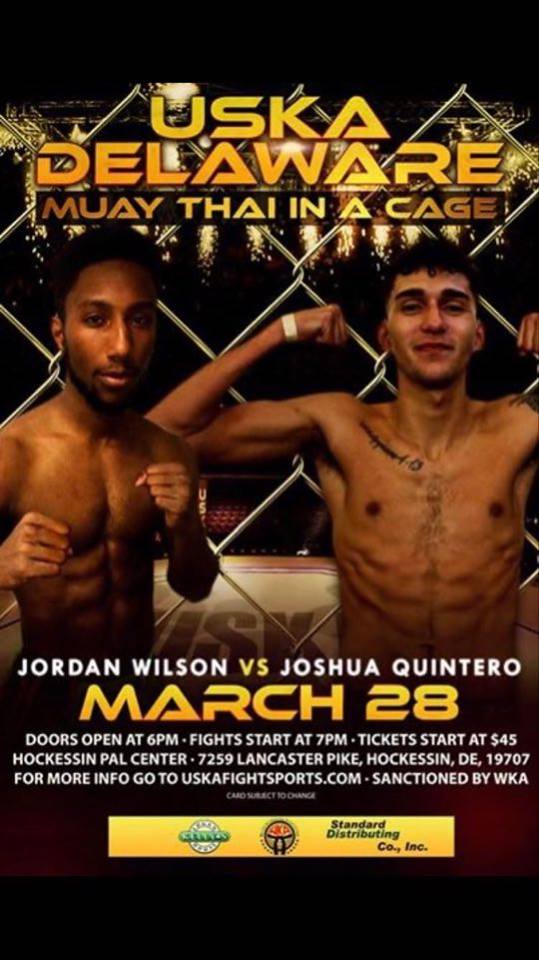 By Chris De Santiago 1 hour ago

By Drake Riggs 13 hours ago