This headline is not an exaggeration. Gary Grant Jr is the busiest man in combat sport these days.  Whether he is promoting one of his own events, delivering a cage, ring, or the BKFC squared circle, Grant is always on the move.  After a busy week, Gary and I chat about his latest endeavors and gives us a preview of his upcoming event, USKA “A Night at the Fights.”  You can see the entire video interview above.

Gary had a very interesting night and did something he hadn’t done before. He tells us…

“We put together a boxing ring on a battleship.  It was really unique.  Alexis Barbosa, who is our ring announcer at USKA, is doing some amazing things.  They held the USA Boxing card on board the vessel and went out for a cruise. The atmosphere was almost like a wedding, but it was boxing matches.  People ate and drank and watched fights.”

Gary tells me that there may be some future events done in this same sort of capacity.  The following night, he was in South Philadelphia providing the cage and gloves for the sold out Art of War 13.  Now that his busy weekend is done, he has a week to get through until his own promotion hits the stage in Allentown on October 5th.  In the main event, Canadian Cole Fetzner battles Davis Oracio in a full rules Muay-Thai slugfest.  Gary’s Muay-Thai and kickboxing promotion has been doing great and they have had lots of excellent fights.  He expects that to continue and is hoping for a stress-free next few days.

MYMMANews will be on site for live results and post-fight interviews.  Stay right here for the ultimate coverage in combat sports. 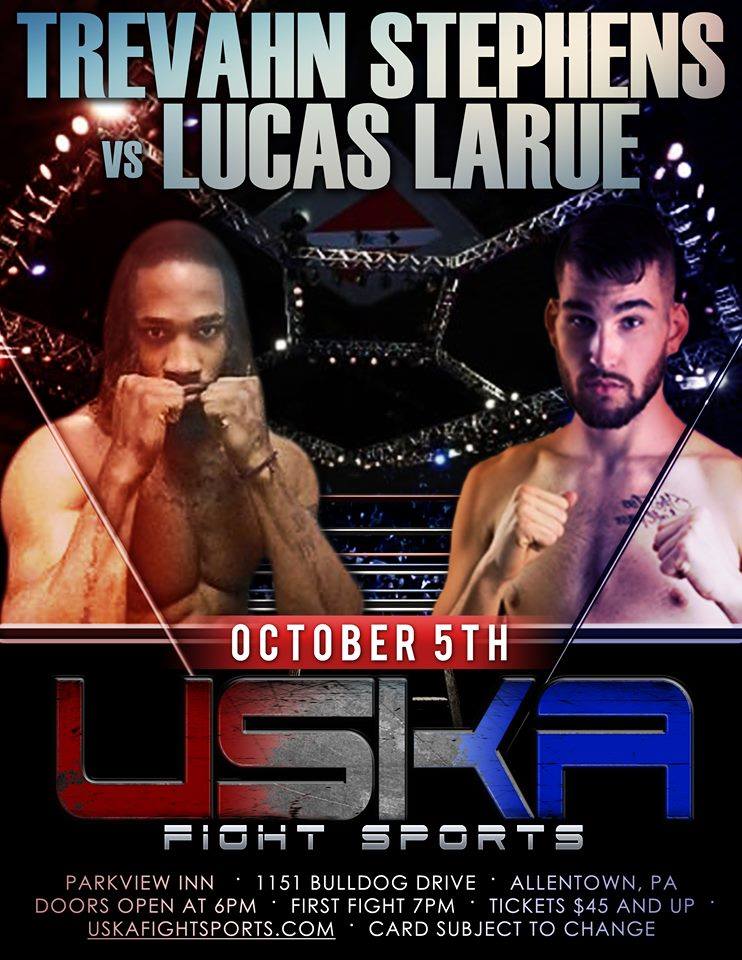 By Andy Stevenson 5 days ago