Kratom or Mitragynine Speciosa is an herb that grows almost exclusively in the hot and humid environment of Southeast Asia. It’s the leaves of this plant that carry all the energizing and therapeutic powers. Although its exact first usage is largely unknown, kratom’s usage became more prominent after the onset of the 19th century. However, it didn’t make a strong footing in the west until the 21st century.

Early natives would chew kratom leaves because supposedly it helped them stay energized and also for managing pain. Today people use it for all kinds of purposes such as for its energizing and mood-enhancing effects and several others which we talk about in this post.

Kratom leaves can be hard to come by. But, one should have no trouble buying kratom powder, capsules, resins, and tincture both online and offline.

How Is Kratom Used?

Most people stick with the old ‘toss and wash’ method for its sheer convenience where they take the dose, toss it in their mouth, and quickly wash it down with water or orange juice.

Others like to go with a more sophisticated and elaborate method of brewing kratom tea using leaves/powder.

The most convenient method would be to use kratom capsules as they come dose-defined. So, the chances of overdose are slim. You can also go with tinctures that are placed directly on the tongue.

One of the most controversial usages of kratom is that surrounding pain management. You will not find any vendor marketing their kratom products for their pain managing properties. If they do, steer clear of them. However, many people have found that inadvertently, kratom consumption ends-up helping them with their chronic pains. This thing becomes more evident from the claims shared by users on WebMD here.

Let it be known that the FDA does not approve kratom for any medicinal purposes. 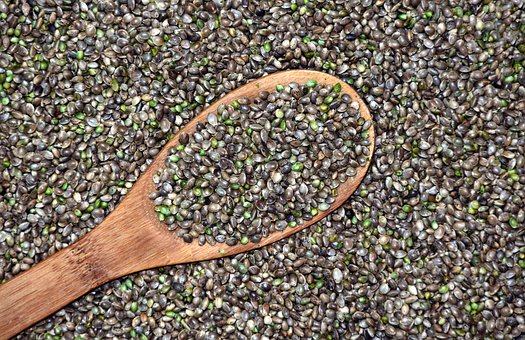 Some of the more generalized reasons why people use kratom are –

As a replacement for coffee and tea – Many like to brew kratom powder or leaves to make kratom tea which they then enjoy like any other hot beverage. Kratom tea is supposed to offer a mix of energizing and relaxing effects. Depending on the strand type, kratom can help you relax and unwind after a tiring day. Or, it can also help you get fired up for the day ahead.

As a rejuvenating herb – Kratom consumption can have mildly euphoric effects in the sense that it can promote a temporary sense of well-being. It might uplift the mood in an occasional user. Most people like the sense of rejuvenation they experience after consuming kratom.

As mentioned above, kratom can have a variety of effects in different users based on the type of kratom strain consumed. However, most of those effects should lie within the following range –

● Energizing Effects – Kratom and coffee belong to the same family. Much like coffee, kratom can also make you suddenly feel energized and better able to take otherwise challenging tasks. It’s because of this effect that many people prefer kratom tea instead of their morning coffee.

● Soothing Effects – Depending on the strain/strand of kratom, kratom can have soothing effects on the mind. If that is the effect you want to achieve, it’s important to consume kratom towards the evening because it might make you sleepy.

● Relaxing Effects – The native users of Kratom all across Thailand and Malaysia would chew kratom leaves because it helped them relax. This allowed them to attend gatherings that demanded them to be more social. By promoting relaxation, kratom might make you feel more confident and paced.

What does kratom do in the body?

There is very limited research done on this. And so, it largely remains a mystery as to how exactly kratom functions within the body.

But, whatever limited research we do have, it seems the alkaloids like mitragynine present in kratom interact with the opiate receptors (mu (µ) and kappa (κ) in the brain. Check out this study to read more about it.

Does Kratom Have A Long Shelf Life?

The short answer would be – yes – it does have a long shelf life. However, you would want to educate yourself about right ways of storing it. Ideally, if you do have a lot of kratom to store and want it to last for a long time, be sure to keep in a cool and dry place. This will allow lesser chemical reactions to occur and should definitely help your kratom stock last longer.

Some people like to store it in a variety of ways such as in a glass jar or Ziploc bags. It all depends on what you can afford, your personal preferences, and the way you plan on using it.

What Are The Best Kratom Strains?

When it comes to kratom strain, there’s no ‘best strain’ to single out. It all depends on unique preferences and what works best for you.

The only way to determine which kratom strain is best for you is to experiment a little with a variety of strains to form an educated opinion.

However, based on ongoing discussions, below are the most recommended kratom strains –

Kratom is legal in the United States except for 5 states – Alabama, Tennessee, Arkansas, Indiana, and Wisconsin. Its sale and possession are banned in many countries due to it being a potentially addictive substance.

If you are a US resident, make sure to follow your state’s guidelines before buying kratom.

In the United States, kratom has faced a lot of opposition ever since it made its appearance sometimes around 2003. The DEA even issued an appeal in 2016 to ban it but retracted the appeal in the face of growing opposition by several groups.

As of now, it is legal to buy and sell kratom in the US.

The Scientifically Proven Benefits Of CBD

How CBD Changed My Life

How To Treat Common MMA Injuries

By Eric Kowal 7 days ago

By Staff Report 7 days ago

By Eric Kowal 2 months ago