The UFC’s light-heavyweight division used to be our beloved sports premier division, most of the elite mixed martial artists used to belong to 205 lbs.

It fell off for some time there, and it just didn’t have the same depth it once did. However, it’s been coming back to life over the last few years with some really great talents. 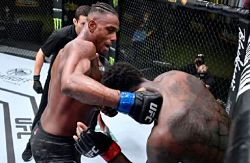 One of those talents is Michigan native Jamahal Hill, who’s looked absolutely incredible thus far into his UFC run, and his professional career in general.

In his two promotional bouts prior, he won a unanimous decision over Darko Stosic in his UFC debut, and KO’d Klidson Abreu at 1:51 of round one in his next bout. That victory over Abreu was taken away and turned into a no contest however, due to him failing his post-fight drug test for marijuana. 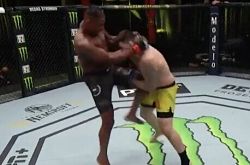 Hill has already shown us so much potential; he put a beating on Stosic (13-3), he finished Abreu (15-4) quickly with a nasty knee to the body, someone Magomed Ankalaev couldn’t finish, and he just finished one of the most experienced fighters on the roster in Saint Preux (25-14).

Saint Preux isn’t the best fighter in the world by any means, but he is the kryptonite to a lot of young prospects, and he can beat just about anyone on any given night. It depends on which version of him shows up. 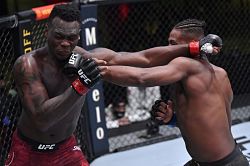 Well, he took Saint Preux’s No. 15 spot in the light-heavyweight rankings, so it makes sense to keep moving him forward.

A fight with No. 13 ranked Jimmy Crute would be a lot of fun to see. He’s another young prodigy of sorts, and he’s incredibly versatile. Crute hits and kicks like a truck, his striking is technical, and he’s already a BJJ black belt at just 24-years-old.

Paul Craig would be a good test for him as well. Craig sits at No. 14, and is unbeaten in his last four fights. 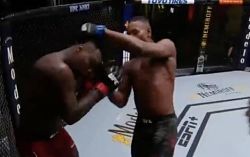 His striking is getting better, but he’s a true wizard on the mat. Even if his opponents hurt him, they need to be careful following him to the ground to finish the fight, he’s picked up victories by capitalizing on their tenacity.

Anyone that goes to the ground with him, whether they’re on top or not, is in trouble. Jimmy Crute is the only man that’s been able to survive his grappling.

Lastly, a match up with No. 9 ranked Johnny Walker, why not? It is jumping a third of the way through the rankings, but it’d be an incredibly exciting fight to see, and a sensible fight to make.

Walker just rebounded from his two-fight skid by KO’ing Ryan Spann in his last bout, and opened up his UFC career with three-straight first round knockout victories. He’s one of the most exciting contenders in the sport. 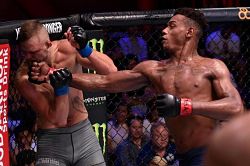 Hill is already 29-years-old, it appears he got a bit of a late start in mixed martial arts. However, when fighters start their careers later, they often times come into their prime later on as well.

We’ll use Jared Cannonier for example, or Angela Hill. Both of them got into fighting in their mid-or-late 20’s, and they’re both better than they’ve ever been in their mid-30’s.

The sheer finishing power Hill possesses is remarkable, he finished two incredibly durable opponents in his last two fights. He’s already been improving so rapidly, it’ll be fun to see what he can do in the future.

By 'Beautiful' Bob Meloni 1 min ago