Ever since UFC 247, we’ve all been wondering what’s next in the UFC’s 205 lb division. That was in early February, and it’s still unclear what’s going to happen next. The No. 1 contender Dominick Reyes gave Jon Jones all he could handle, and lost a controversial decision to the longtime champion. Many thought an immediate rematch should take place, others thought perhaps the No. 3 ranked Jan Blachowicz should get the next shot, given the fact he’s on a win streak of his own. Now Jones is contemplating retirement, so given that, what’s next at light heavyweight? 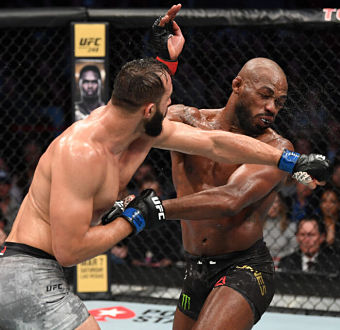 The 32-year-old champion has ruled this division since 2011, aside from his suspensions, but he hasn’t quite looked like himself lately. His fights didn’t used to be close, he used to dominate every opponent with ease, now the chances of him losing the strap are very real. He didn’t see a point in rematching Reyes immediately, so he wanted to go up to heavyweight and fight the No. 1 contender there, Francis Ngannou. When the negotiations for that went south is when he decided to post his retirement on social media. It’s unfortunate, maybe he’ll be back, maybe he won’t.

If Jones does decide to stick around, there are two legitimate challengers he could face, Reyes or Blachowicz. Both are great match ups, and both guys definitely deserve a title shot, it’s unfortunate one of them has to wait. However, if he doesn’t stick around, could the UFC possibly match those two up for a vacant title fight? Maybe they’d even make an interim title fight between those two, that way Jones is fighting a champion upon returning and he may be more motivated for it. 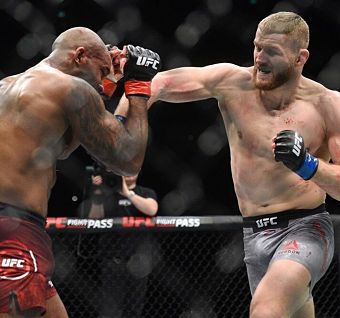 Blachowicz’ last defeat came at the hands of the No. 2 ranked Thiago Santos in February of last year. Since then, he’s won his last three fights against Luke Rockhold, Ronaldo Souza, and Corey Anderson. Two former multiple-time world champions, and The Ultimate Fighter 19 winner, and he knocked two of them unconscious. Though two of them are natural middleweights, they’re still incredibly well rounded, elite fighters. It was almost a certainty that whoever won between Blachowicz and Anderson was fighting for the belt next, but UFC 247 was a week prior, and that’s why we didn’t have an answer on what was next. Too many people thought Jones versus Reyes needed to happen again.

Now it’s June, and we still have no idea how this will all play out. We don’t know what the next match ups are, we don’t know if Jones is coming back, we don’t know anything. Santos is looking to come back from his knee injury, though he lost to Jones his last time out, so he won’t be fighting for the belt. The No. 5 ranked Glover Teixeira is on another win streak as well, coming off a huge win over Anthony Smith, and winning his last four straight with three finishes. It’s doubtful he’ll get another crack at the belt with the way things are now though, while Jones is holding it that is. Jones dominated Teixeira all five rounds of their 2014 battle. So what are the most plausible outcomes here?

It’s evident one of three fights needs to happen, considering there are really two No. 1 contenders at light heavyweight. If Jones decides not to retire, he should be fighting Reyes or Blachowicz next. Though Reyes arguably beat Jones in their five round battle, Blachowicz isn’t getting any younger; he is at his peak right now, but he’s 37-years-old, time’s running out for him. One of those two fights should be next, or if Jones decides not to come back, the UFC should make Reyes versus Blachowicz for the vacant UFC Light Heavyweight Championship. That’s what makes the most sense as far as rankings and placement goes. If that were to happen, maybe Santos could fight Teixeira for a No. 1 contender spot.

What would you like to see happen next in the UFC’s Light Heavyweight division?

Jared Gordon vs Paddy Pimblett: A fight with a message much stronger than win and loss