Will Martinez quickly becoming one of the best coaches in MMA

Some of the things I like to ask fighters about is who their mentors are, or who do you respect that you can go to if you have a question and trust they will give you an honest answer.

These types of leaders are essential for not just the fighters, but for those like me who enjoy digging into the media in the regional scene.  Like good mixed martial artists, I am also trying to improve and be better at my craft as a media member.  Luckily for me, I have found men and women like this who I respect, and can talk to about the sport that many of us love, whether training it or writing about it.  Nobody has been a bigger help or source of knowledge to me than Will Martinez.

Martinez BJJ on Cottman Avenue in Northeast Philadelphia is where the former professional fighter with a 13-3-1 record and accomplished grappler has continued to make the community a better place as his children’s and women’s classes continue to grow along with his competition and fight team.  It is a destination that MyMMANews has always had an open invitation to visit and never has to call ahead or get approval to come in and chat with professionals or amateurs looking for some media.

As I strolled in this Sunday morning looking to talk to 4-0 professional female 115 lb tigress, Criszaida Adames, Martinez stepped off the mats to greet me and as usual was very kind and generous with his time and we got to talk about some of his fighters and their upcoming plans.  Here is a little synopsis of what Team Martinez has going on..

Criszaida Adames (4-0) and coach Will are headed to Miami this week as Adames is competing in a one-night, eight-woman tournament at Combate Global.  Martinez is very confident in Adames and has a game plan for this unique event that is structured as five-minute, one-round fights in the first two contests until the final two ladies go to battle in a three, five-minute round showdown to determine the winner.  Martinez believes the possibility of going five-rounds is a true test and believes with a good showing, she may earn a fight on The Contender Series, but states that this is a cruel sport and they are focused on one fight at a time.

Patrick Brady will most likely be making his final appearance as an amateur on August 21st.  The Art of War Cage Fighting Heavyweight champ and his coaches will be traveling to Virginia to compete for Cagezilla in a fight against Raiden Kovacs who is 4-0.  Martinez raved about the learning curve of Brady and has said that his steps in the sport have been leaps and he is very happy at how he learns and remembers things so quickly and is able to take them to the mat and cage.  Coach Will was very confident that the trip to Virginia will be a successful one and believes his guy Brady will impress.

Chris Daukaus has exploded onto the UFC heavyweight scene with three, first-round knockouts….vicious ones.. He has been scheduled to face Shamil Abdurakhimov a couple of times now but his opponent has pulled out of the matchup for various reasons.  The UFC definitely likes this fight and have it re-scheduled for September 25th at UFC 256.  Martinez thinks their are even bigger fights in the future for Chris with a victory in this match-up of top 10 heavyweights.

Kyle Daukaus will already be in Vegas to corner his brother Chris at UFC 256 and he might as well get used to his hotel bed as he will remain in Vegas as he makes his fourth trip to the Octagon one week later at UFC Fight Night against Kevin Holland.  Martinez says that Kyle is in a very good frame of mind and knows that Holland is very dangerous despite coming off of his first two career losses.  They have looked at the tape as they are always studying and both believe they will have the right plan and work ethic to come away victorious.

Helen Peralta has been at Martinez BJJ for just a short time but has fit in very nicely.  Martinez says that she and Adames have been great for each other and he is seeing them both grow on a regular basis.  Peralta is a deadly striker, Martinez tells me and he is enjoying helping to mold her wrestling and grappling as well as harnessing all of that energy and deciding when to unleash it.  She shares her Dominican heritage with Criszaida and they have both really found support with one another as they have so much in common.  Peralta has a couple of BKFC fights on her resume but has returned to MMA and goes to work against Caitlin Sammons at Invicta FC 44 coming up on August 27th.

Matt Turnbull…”White Chocolate” to many in the fight community, is close to signing a contract with a promotion close to home as he continues to be a staple on the regional scene.  Turnbull is never in a boring fight and if the proposed match-up develops, it will be a barnburner and there is a very good chance that I will be cage-side calling this one.

Zed Montanez is a featherweight who brings beautiful violence to the cage in a large variety of ways.  The 4-0 super prospect has speed and power and is also very dangerous off of his back.. He has three finishes among his four wins and has just been unlucky with getting a fight being out of action since September of 2019.  Martinez says there is something brewing for Zed and they are close to getting him into the cage again.  Monatnez is a highlight reel waiting to happen. I expect even greater technical brilliance as this would be his first fight representing Team Martinez.

“Crispy” Duane Shields is close to signing his first professional contract and Martinez is hoping to have a fight announcement for Shields in the near future and most likely at a location that is close and convenient to everyone involved.  Martinez believes it is time for Shields to make the move to the next level as he has gone 5-3 as an amateur.

Fresh off of a wonderful amateur debut, Brandon Bohannan is also close to locking into his second ever fight.  Bohannan did not look like a debut fighter as he picked apart his opponent in his first career bout and I definitely put the check mark next to his name to make sure I talked to this young and exciting fighter the next time he fought.

Nick Stephenson is eager to get back in the cage and go after another victory.  After falling short in his debut, Stephenson grabbed his first win in his last fight at AOW and most likely is going to be on their card on October 30th if the opponent can be worked out.  Nick is an amazing transformation story and is a very likeable guy and easy to root for and Will says that Nick is a very hard worker and continues to get better and better.

Martinez also has a large number of students competing in grappling events and hinted that one of his prized pupils and his daughter Lana is very interested in possibly following her fathers footsteps into the cage and fighting.  You can stay right here at MyMMANews for updates and media with much of Team Martinez. 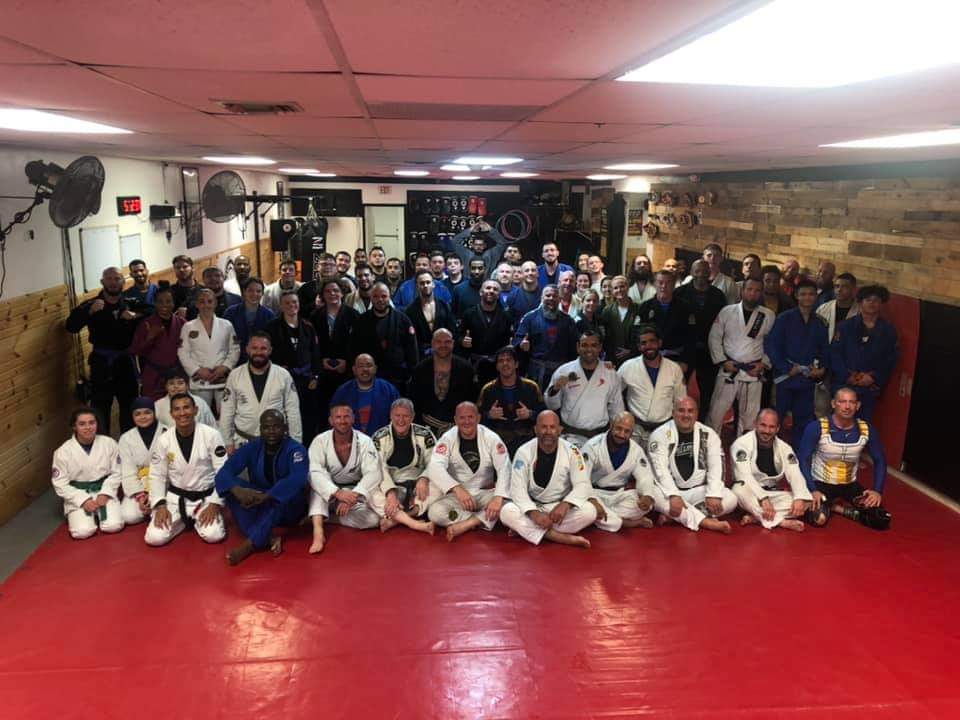 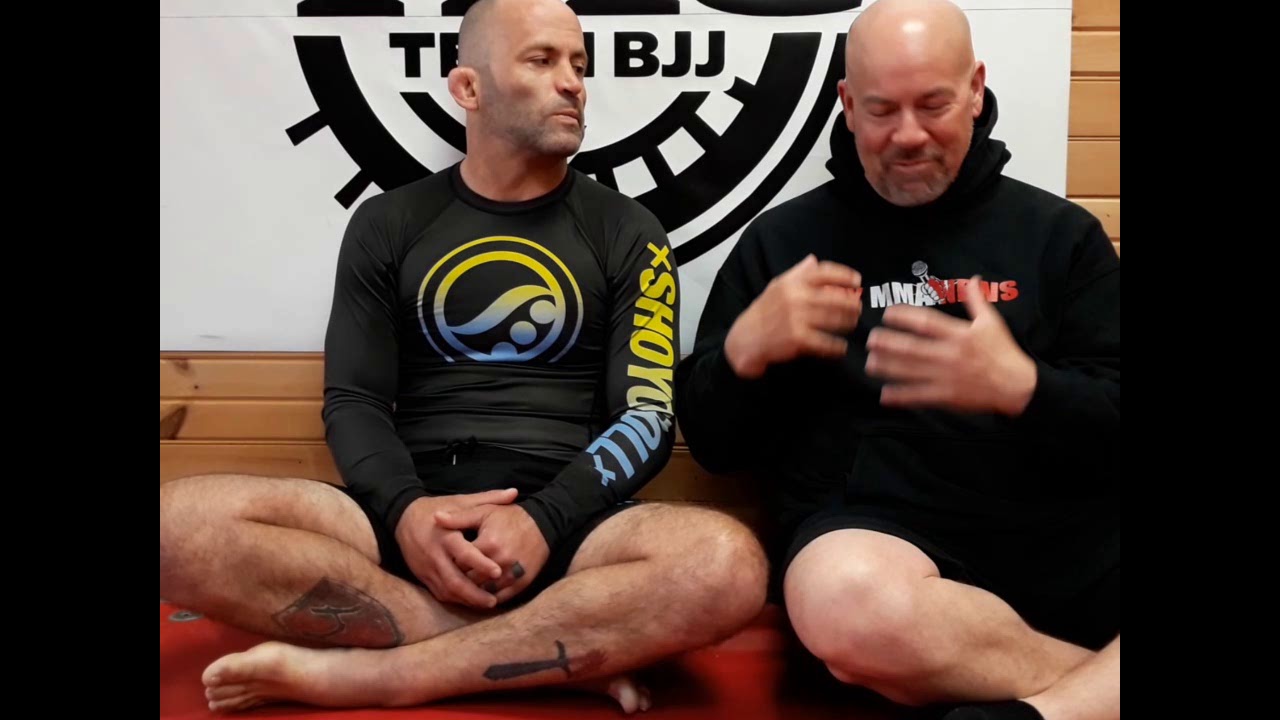