WSOF 25 takes place Friday at Comerica Theatre in Phoenix. The main card airs on NBCSN following prelims on MyMMANews.com. The stream will include all four quarterfinal stage tournament matchups as well as the tournament reserve bout and two non-tournament preliminary card bouts.

Eight lightweights will compete in a single-night tournament granting the winner a bout at current lightweight champion Justin Gaethje.

The entire card from top to bottom was exciting however the problem with tournaments shined through.  On more than one occassion fighters were removed fro

Brian Cobb and Benny Madrid, who had been slated for action in the tournament and a tournament reserve fight, respectively, were both rendered unable to compete in their scheduled commitments earlier today after becoming ill.

Originally slated to face LaRue Burley (6-1) in reserve fight action, Joe Condon (12-8) will replace Cobb in the tournament and square off with Cobb’s scheduled opponent, Mike Ricci (10-4), in the quarterfinal stage of the event.

Islam Mamedov defeated Jorge Patino via unanimous decision but unfortunatley for Mamedov he tore his ACL so Patino will now advance and face Ricci who won in the opening round.

Rich Patishnock was beating the tournament favorite, Luis Palomino for the better part of four minutes until Palomino came back and KO’d Patishnock with just seconds left in the first round. 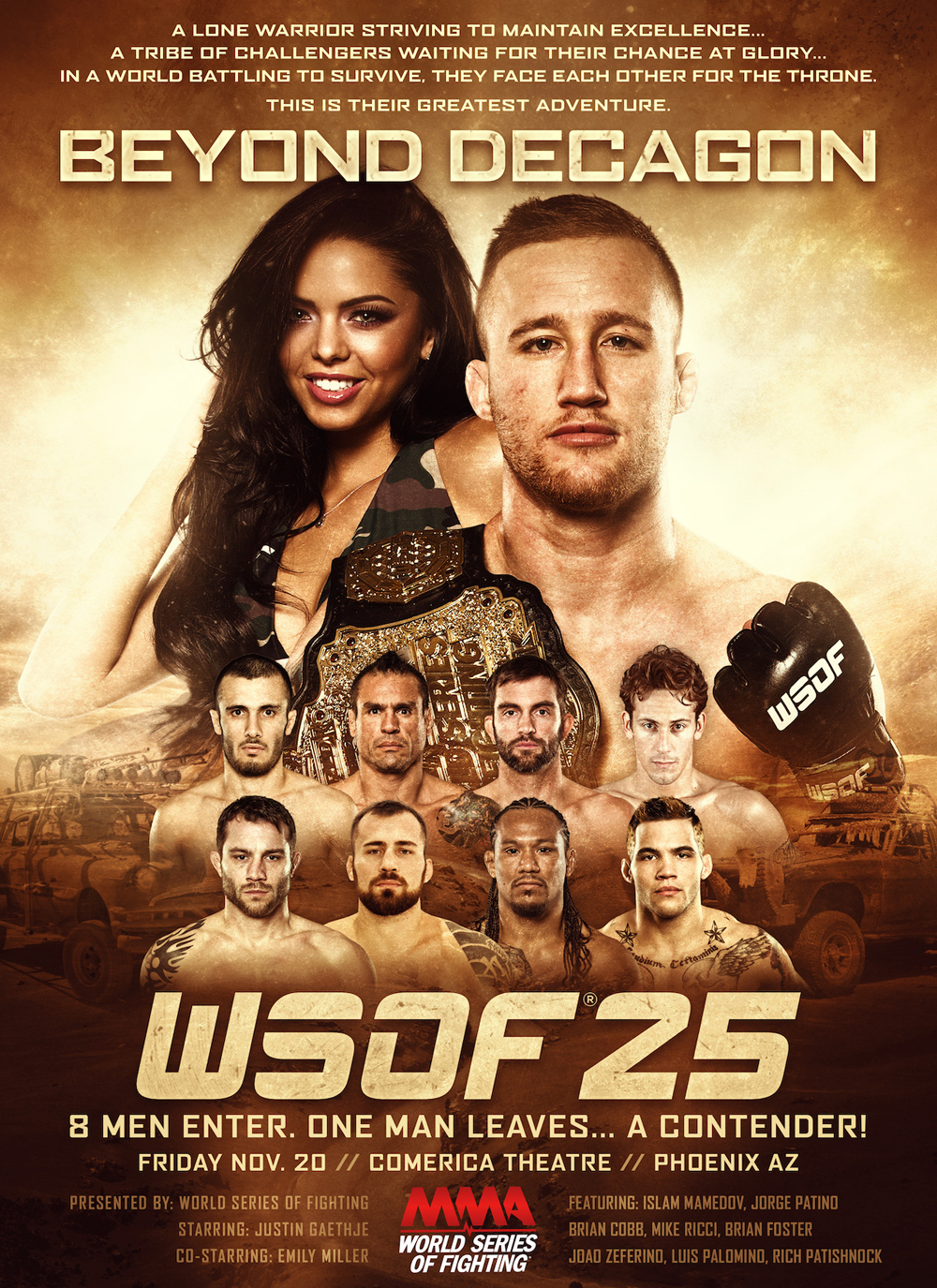