It’s belt hunting season tonight for Xtreme Fighting Nation in Deerfield Beach, Florida. The 25th installment of XFN will host 20 bouts with six titles on the line. It is a big night for the promotion as they will also be launching the inaugural XFN Kickboxing Division with the first-ever 153lb title on the line between Luis “The Savage” Morales & Guerby Noel.

Luis Morales (24-6) a representative of team USA Muay Thai, has been on a savage streak as of late. Luis, the #1 147lb amateur Muay Thai fighter in the USA & the IKF, IFMA, TBA & USKA Kickboxing champion, is looking to collect one more belt before making his pro debut.

Other championship bouts that will headline this stacked fight card include the rematch between Antonio “Bigfoot” Silva’s daughter, Anne Ribeiro (Brazil) vs HK365 standout Hannah Jackson (USA). The fight will be for the XFN Women’s amateur flyweight title. Their first match ended in controversy with a split-decision victory for Hannah Jackson. Hannah looks to quiet the doubters by looking for the KO from start to finish.

After a year layoff from competing, XFN amateur featherweight champion Raiyan Anwaar (Pakistan) returns to the cage. He will face Cesar Orti-Gonza (Venezuela), who recently secured the interim title in June 2019 via head-kick TKO. The Venezuelan is 6-0 in MMA with all 6 victories coming by KO or TKO. Anwaar also has 6 wins coming via ko and will look to add another victory to his 8-1 record.

Be sure to check out the full fight card tonight at 5pm est only at www.FloCombat.com. 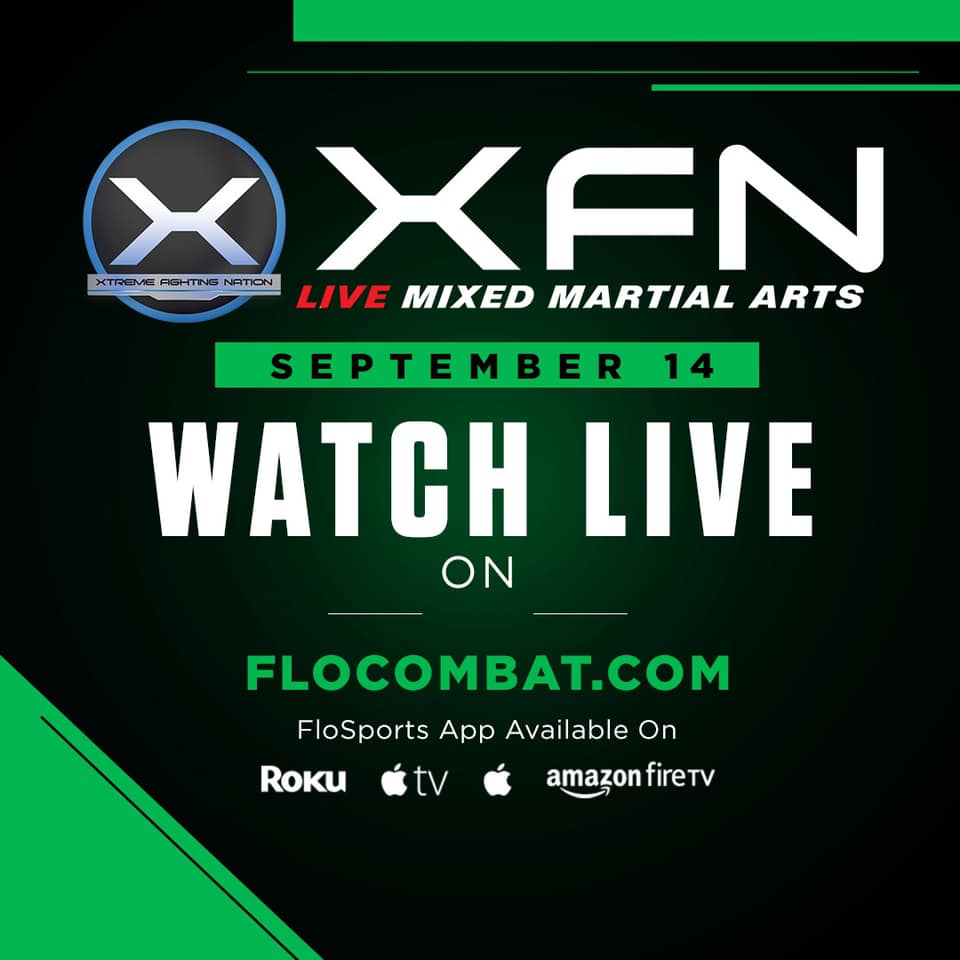 Host of the Award Winning Internet Show “The 6th Round”. As a Martial Artist, Nutritionist & Personal Health Professional, I have gone on to receive mention in the International Best Selling Book “The Dolce Diet” while also fighting & competing in Martial Arts Competitions across the country. As an experienced Fighter, Corner man, Referee, Cage side Commentator & Broadcast Analyst, I try to bring my unique perspective & experiences to all my work & articles. #JiuJitsuFTW

By Chinyere Okafor 10 hours ago