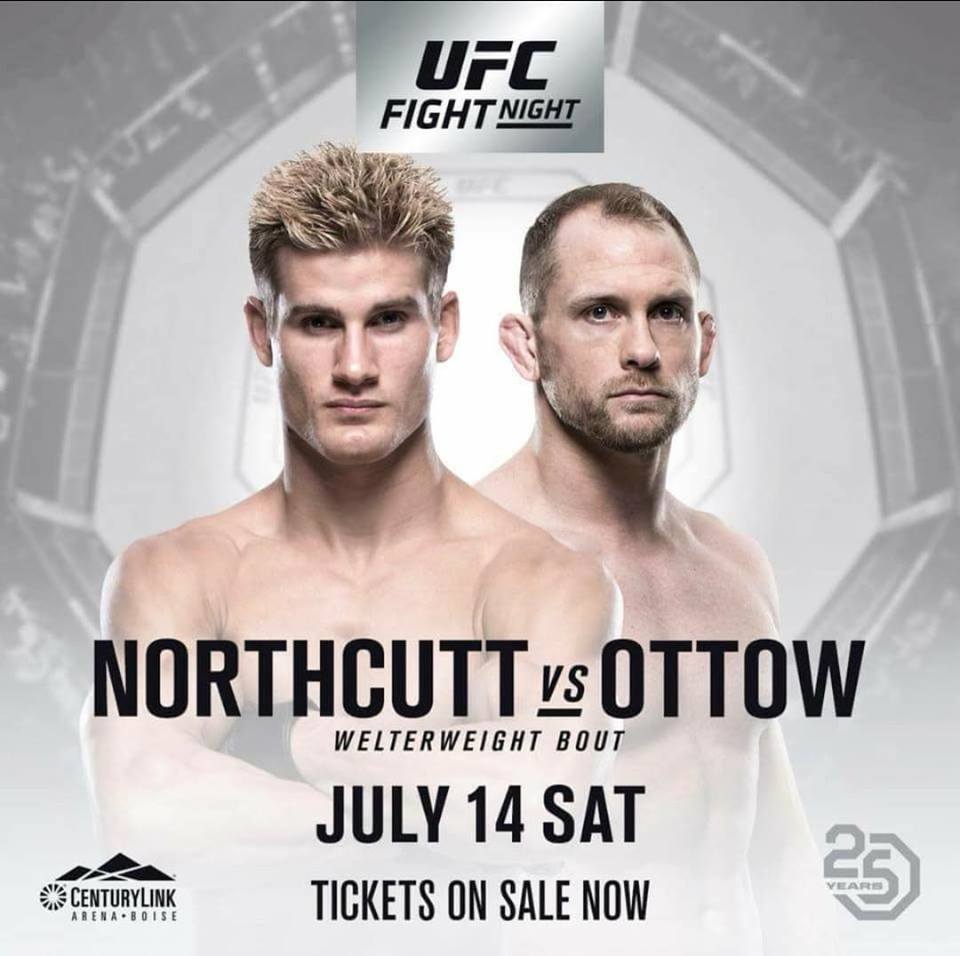 Milwaukee native, Zak Ottow, prepares to face off against Sage Northcutt July 14. He took some time out of his training camp to catch up with MyMMANews as well as offer some advice for MMA students with high level aspirations.

Both you and Jake Klipp bought a gym as blue belts which was almost unheard of at the time. It’s a move that could have been perceived as crazy.

“Right, especially in Milwaukee which is so saturated with high level bjj artists and black belts. Of course, with RoufusSport at that time was becoming a really big deal. If you look at it on paper it’d be like I want to open a gym You’d look at that person and be like that makes absolutely no sense. You’d tell them they’re crazy. Now to be at the level we are now as black belts with a successful team it’s much easier to think this is going to work out. The confidence in our ability to run a good gym is even higher because we were able to do even back then when we technically didn’t have the credentials.”

How do you balance being a coach with a fighter?

“It’s more than a full time job. It’s a lot of hours during the day, a lot of hours during the week. It’s nice though because they kind of of coincide with each other. There are so many different facets and disciplines to MMA. It’s really important to stay sharp mentally with all the different techniques. Coaching helps me do that. It’s not like I have some office job and then I come do my training. A student asking questions during class helps keep me sharp mentally with all the different techniques. Also, I teach a lot less when I have a fight coming up. Back in the day it was just Jake and I teaching the majority of the classes. I have a bigger support system now which helps me delegate my classes out. I teach twice a week when I have a fight lined up.”

What coach that has had a huge impact on you?

“My brother, Nick. Ever since he’s come on board as my main striking coach he’s really helped me to develop that part of my game. Also, the mental side of having confidence when I go in the ring. He’s been a really good support system through the ups and downs because it hasn’t always been ups. Throughout my career I’ve has losses, injuries, sets backs, things like that so his support has been invaluable. Obviously, Jake has been there since the beginning and has helped tremendously especially in our earlier days of us just grinding together. Jake helped me get pasted those first couple of plateaus I’ve had in my MMA career.”

Did you ever have any doubts when you started?

“Yeah, starting 0-1 as a pro while having UFC aspirations well you just shot yourself in the foot big time. However, I lost my first amateur fight and bounced back with 6 wins. So, I knew I could make that happen again.”

What would you tell a student who has UFC aspirations? What would be your advice to them?

“We do have a lot of people who come in and aspire to be at that level. I think it takes three things. A certain level of God given talent unfortunately, but not as much as you may think. The two other things it really, really takes it an unbelievable ability to grind and put in hard work. Like more hard work than you can ever imagine. More than showing up to a group class a couple of times a week. You absolutely have to live, breathe and be obsessed over this. Also, the ability to deal with adversity. When a loss or setback happens, you can’t get stuck in that negative mentality and think it’s not going to happen for me. You have to keep a positive, glass half full mind set. There are losses that happen in this sport, injuries that happen. More than other sports. You have to be able to deal with adversity, learn from it and keep moving forward.”

After this fight who would you like to face next?

“More so than who it’s where. I think it’s time to bring the UFC back to Milwaukee. We have so many top-level guys that train out of Milwaukee that are already in the UFC. It just makes sense for them to bring a show here.”