Tattoos in sport are quickly gaining popularity and adorn the bodies of not only professional athletes, but also their dedicated fans.
The founder of the tradition of sports tattoos can rightly be considered the famous footballer Vinnie Jones, who, in honor of the victory in 1988 in the FA Cup, tattooed his legs with the image of the emblem of his team and the cup. Today, there are lots of interpretations of this idea:

Most sports tattoos holders put the value of a mascot or talisman in them, helping them to defeat their team and bringing good luck. Many athletes prefer to make a tattoo with the image of animals and objects bearing success (e.g., a dragon, fish, clover, horseshoe).

The sportsmen of mixed martial arts are also particularly addicted to tattoos.

The interest in tattoos of the extraordinary Irishman Conor McGregor is so great that he simply cannot stop. Now dozens of different inscriptions and pictures flaunt on the body of a UFC star. A crucifix depicts on the neck of a wrestler, from which a spiral of thorns extends along the entire back. On Conor’s chest is a gorilla with a crown which eats the heart and on his stomach – a tiger’s head.

Thus, we see that looks are dictated not only by fashion designers, film stars and scenes but also by well-known athletes. Moreover, they set the rules and become the pioneers of new fashion trends. This applies to clothes, appearance, as well as wearable patterns. Tattoos of players are quite diverse. On their body, there are quotes, images related to family and loved ones, as well as other drawings. Athletes do not miss the chance to demonstrate their new tattoo to their fans. 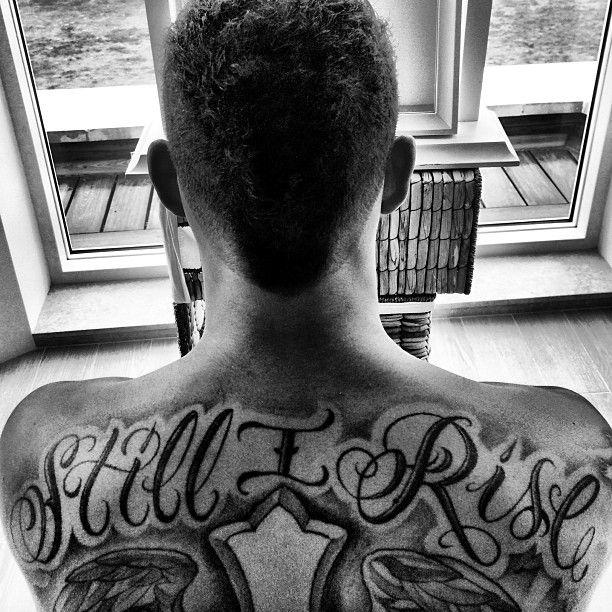 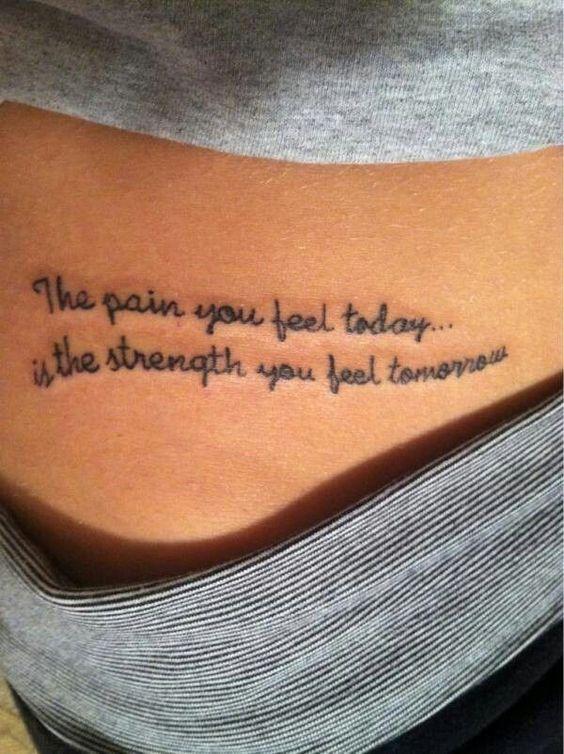 Sportsmen have tattoos for several reasons: to feel involvement, change their representation in society, feel powerful, bring success, honor the family, their team, hometown, God, remind themselves of a difficult time.

One of the most common reasons why a person decides to get a tattoo is to leave the memory of a significant event in life. In this regard, the Olympic athletes are not very different from mere mortals – many people mark their participation in the Games with pictures on the body.

The most popular among the professional players who attended the Olympiad is the depiction of five Olympic rings or cups and medals won as a result of competitions.

So… as a kid growing up, I always said I’d get the Olympic Rings tattooed if I ever made it to a Games, but I’ve been all talk! • Until now… @sineadbreezept surprised me today with an early 40th Birthday present 💝 • Some would call it a midlife crisis, I’d like to refer to it as a bucket list ticked ✅ or a goal achieved • So happy with the result. Thank you @majonestattoo 😊 • Let me know your thoughts below 😉 #olympicrings #olympictattoo #olympicringstattoo

Athletes’ tattoos sketches, which are in every tattoo parlor, became popular among fans of famous personalities.

Self-expression, with the help of body patterns, becomes a part of everyday life. The most interesting are the tattoos of football players who were born in various parts of the world.

Known throughout the world football player, who is also recognized as the trendsetter of football fashion tattoos – David Beckham inked on his back not only the names of his two sons but also a winged figure, supposedly crucified on a cross. 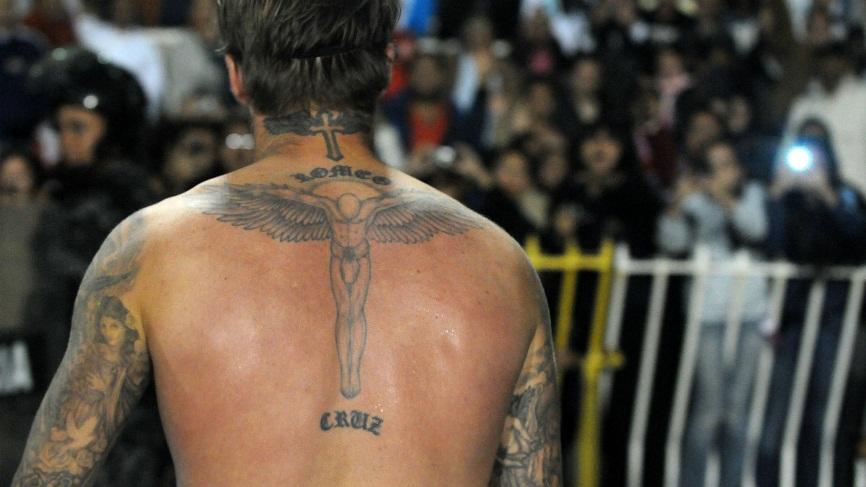 Spanish defender Sergio Ramos is painted with all sorts of tattoos from the head to the hips. Most of the images are inscriptions and symbols in various languages. 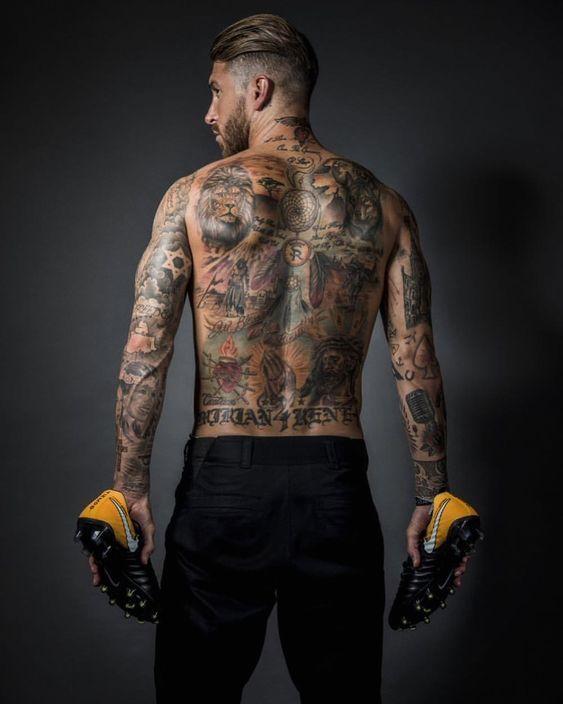 Sports ideas, including those with significant numbers, also have a place to be. On the body of the same Sergio Ramos, a lot of figures are crammed, starting from his number in Seville and the number 90+ that is important for him, which defies explanation. 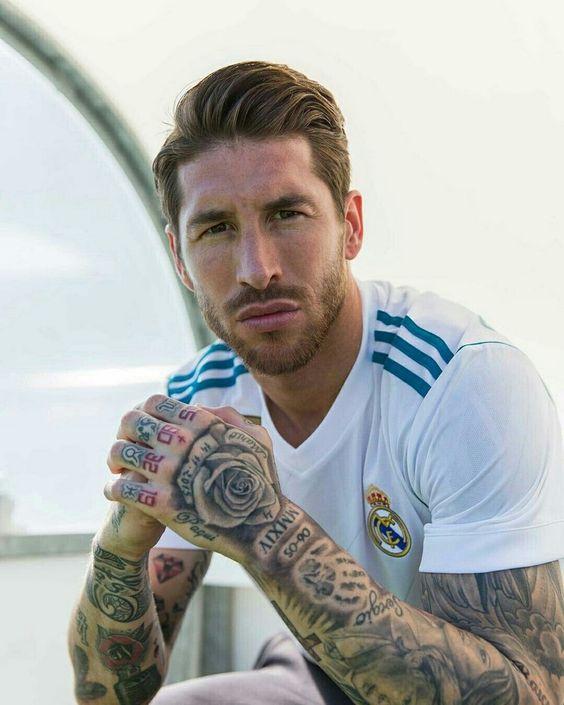 If you have an interest in tattoos and baseball, you can connect these two things and make something really astonishing.

Fans love baseball for many different reasons: some played sports as a child and have developed a passion for a lifetime. Therefore, many people like to make tattoos of their favorite sports teams, while others want something more creative.

Men like more belligerent tattoos, such as skull/baseball designs. The figure may contain a skull with stitching and two baseball bats that intersect at the back.

Finally done so happy with how it turned out. Shout out to @codyraytattoo #tattoos #skullbaseballtattoo

Also relevant is the arena in the background. This can be done in a sketch style or in full color.

Professional athletes are known today not only for their talents but sometimes for their art, which manifests in various parts of their bodies.
John Rauch is one of the most tattooed baseball players. His body has a flaming baseball, Olympic rings (since Rauch played at the Sydney Olympics).
Brandon Inge surely loves his children, as their names were so prominently displayed on his body.

Josh Hamilton’s right hand has an interesting design with two types of flowers.

A beautiful tattoo for an athlete is an integral part of his image, by which he is not only recognized but also tried to be copied.

Tattoos on the different parts of the body are a way of self-expression for the athletes, through which they stand out of the others. Body image can tell a lot – for some, these are symbols and charms, and for others – reminders of important events and decisions.