Welcome to ONE Championship Mikey Musumeci.

Founder and CEO of ONE, Chatri Sityodtong posted this on his Instagram earlier today:

“Please join me in welcoming 5x Brazilian Jiu-Jitsu World Champion Mikey Musumeci to ONE! He reached out directly to me a year ago, asking of he could join the world’s largest stage of martial arts. Needless to say , I have been a big fan for awhile. What I love most about Mikey is he’s a good guy with a good heart, but he is an absolute monster with killer instincts shen he competes.”

Mikey who has one of the best nicknames in sports, ‘Darth Rigatoni’, is one of the most decorated American grapplers of all time. 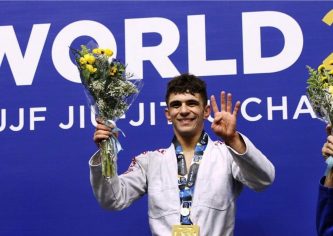 He joins fellow New Jersey grapplers Danielle Kelly and Gordon Ryan who have signed with ONE in the last year.

Mikey received his Black Belt from UFC vet Gilbert Burns at the age of 18. He traveled and trained regularly with the Mendes Brothers at the famous Art of Jiu-Jitsu. After earning his Black belt he went west to train under the legend Caio Terra.

As of recent Mikey has joined Heath Pedigos Daisy’s Fresh Pedigo Submission Fighting in Mt. Vernon, Illinois.
And while training in his garage during last years pandemic, Mikey created his own heel hook submission called the Mikey Lock. He even showed it off this past October at Flograppling’s Who’s Number One. 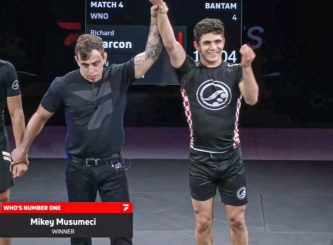 Musumeci is fairly new to the nogi scene competing almost entirely in the gi over the last 10 years. He has under 20 nogi matches between 2021 and 2022 so far. His biggest challenge awaits as he has been invited to compete at this year’s ADCC in September in the stacked 66KG weight class. 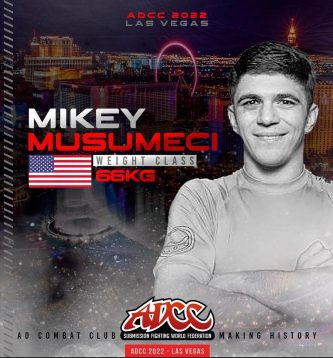 Keep an eye out because you will be seeing Mikey Musumeci’s name a lot over the next few years at the highest level of nogi grappling!

By James Colwell 8 hours ago