One of the biggest names coming out of Kalmykia, Russia, Bair Shtepin will look for win number two under the BRAVE CF banner when he meets promotional newcomer Alexander Keshtov in a feature bout for BRAVE CF 46, in association with Krepost Selection, set for Sochi, on January 16th.

Bair Shtepin has the chance to build on his outstanding BRAVE CF debut next month when he faces his compatriot on January 16. The Bars MMA representative demolished his opponent Gerson Pereira in the very first round of BRAVE CF 44. The fight showcased the best of Bair with him being an exciting, flashy, and decisive fighter. He was able to dominate the lone round of the fight and end the bout with a spinning-back kick to the body. Seven of his nine victories were finishes. Five of them were KO/TKOs and two were submissions.

Alexander Keshtov presents a major challenge to any Bantamweight in the world. With only one loss in his 10 professional fights, Alexander has one of the most underrated fight teams behind him, Murat Keshtov’s K-Dojo. ‘’AK-47’’ trains alongside the likes of KHK Open Weight world champion Azamat Murzakanov, and Rustam Chsiev – the latter will also be in action at BRAVE CF 46.

Brave CF’s first foray into Russia will be headlined by a Super Lightweight world title. Reigning champion Eldar Eldarov will defend his throne against deadly striker Leonardo Mafra, while Russian MMA legend Ali Bagautinov returns in the co-main against Oleg Lichkovakha. Also set to see action are some of the finest names in Russian MMA, such as Roman Bogatov, Gamzat Khiramagomedov, and Konstantin Erokhin. 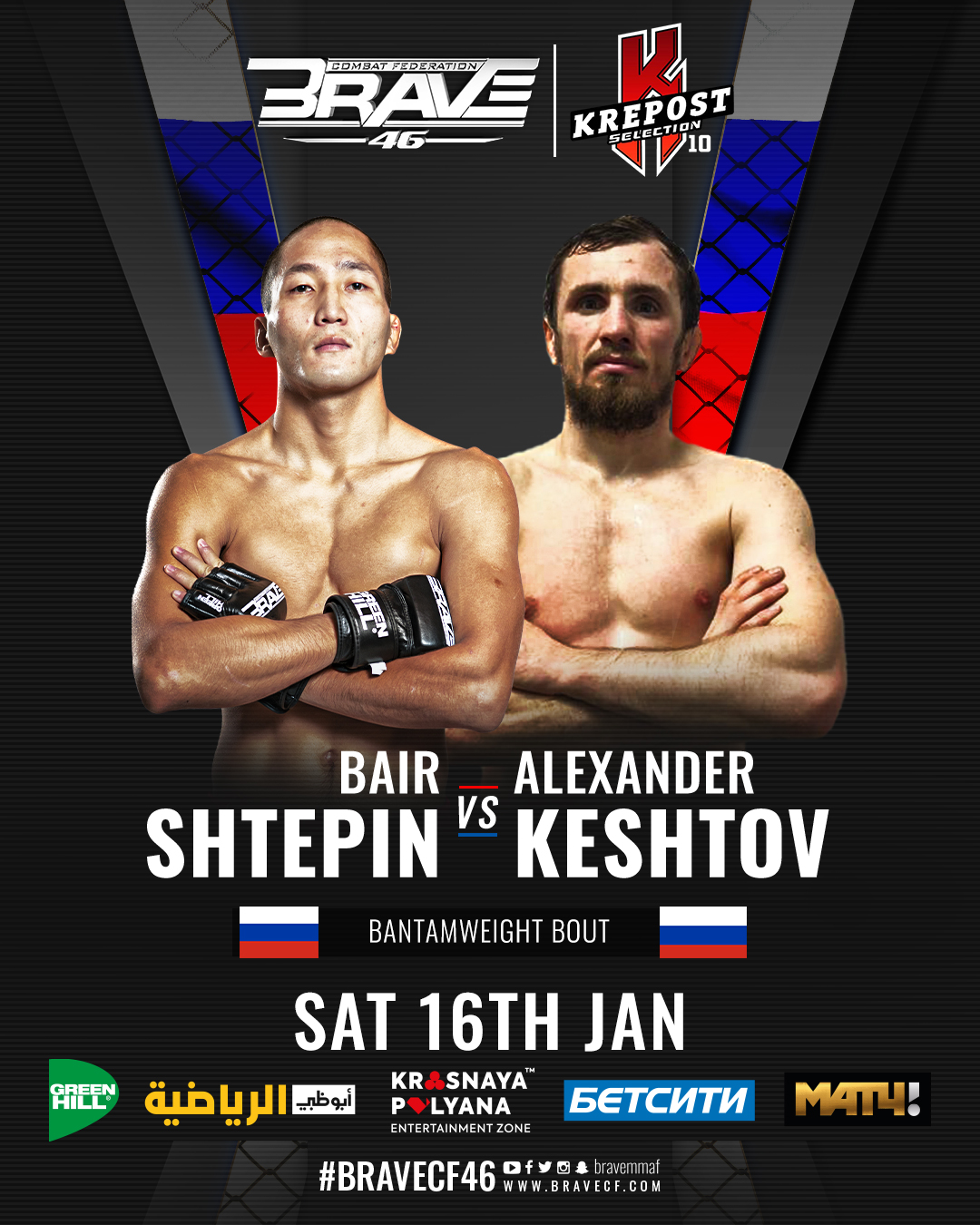