Looking to build off a submission victory in July, Ali Omar will be back in the cage at Southwest MMA Series XXIX, with visions of scoring a knockout of whoever he gets in there with.

Heard you had a recent change of opponent?
“I did. I don’t really care. From Jose Reyes to Mike Morgan.”

What have you found out about Mike Morgan?
“All I know is that they say he’s done a lot of Jiu Jitsu tournaments, no amateur MMA experience. Just going straight pro. So, just a big question mark. I’m ready to go out there, perform, take him out.”

At this level of the game that’s basically what opponents are, lots of question marks, right?
“Yeah, you don’t know til you step in the cage. Go out there, the mission’s the same. I’m just going to go out there, attack this guy, finish him.”

What’s your mission on September 28th?
“Knock him out.”

How do you do that?
“Whatever; uppercut, a knee, a kick to the face. Just whatever happens, happens.”

You feel like you’re striking is something you’re going to be able to put on display for us in this fight?
“Oh yeah, I’m excited to throw my hands and my kicks.”

What is it about striking you like?
“I just want to see my opponent on the ground, unconscious.” 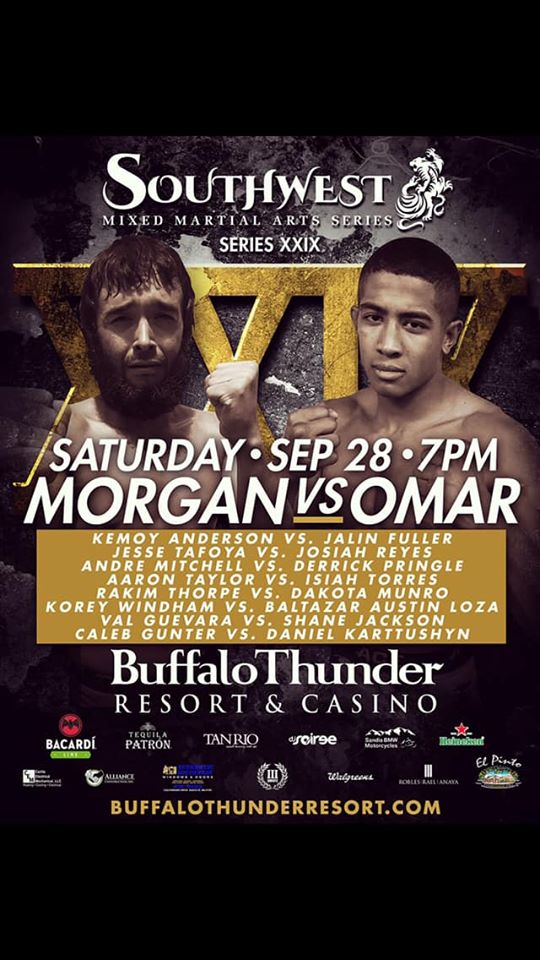