When Dustin Poirier claimed the interim lightweight title in one of the most exciting fights of 2019 at UFC 236 against Max Holloway, he achieved just part of his dream. A long-time veteran in the sport, Poirier has seen his career skyrocket since moving up from featherweight to the lightweight division, and now the opportunity to cash in on a lifelong dream is right around the corner.

Preparing “The Diamond” to take on the undefeated lightweight champion Khabib Nurmagomedov has taken a lot of work in camp and Daru spoke with MyMMANews about preparing Poirier for this title fight at UFC 242. Calling this the most important fight of Poirier’s career, Daru says not much has really changed for Poirier in their training.

“From a skills and tactical perspective obviously we’re going to be catering more towards the grappling. When it comes to the motivation and mindset, I think it’s always been there. Yes, it’s heightened to another degree just because this is the biggest fight of his career and we are pulling no stops, and we’re making sure we are getting everything lined accordingly, but the same mindset is still there that he’s always had. Definitely from the science and tactical approach, we have to get ready for what’s going to occur inside that fight.”

Knowing that Nurmagomedov is known for his high-class skill level of wrestling and grappling, Daru has been tasked throughout camp to come up with the right workouts to help train Poirier from a scientific angle, to be best prepared for the current champion.

“It’s about increasing muscular endurance, it’s increasing his core stability and strength, and overall hip mobility and making sure that he’s still elusive inside the fight from a movement perspective. Obviously we are getting ready for him [Poirier] to eventually get taken down and from there we have to make sure we have to maintain a good position and we don’t get any transitions made or he doesn’t get passed in his guard. So we make sure we have strength from a grip strength perspective and that he has the strength in his hips to get up off his back and do what he does best and that’s his boxing.

There’s also huge emphasis put on strength, strength endurance, and isometric strength inside the clinch, and we’re also doing a lot of stadium stair runs for his lower body muscular endurance and also his ability to recover in between rounds, and his ability to have power throughout the entire fight. That was a key component that I needed to worry about from the technical aspect of things. You know, the other coaches Mike Brown and Dyah Davis they both have things that we all know are there.”

In preparation for the biggest fight of his career, Dustin Poirier hasn’t changed anything about himself. His motivation and work ethic have all stayed the course, because as Daru says, “The Diamond” is just simply a fighter at heart who is growing as an athlete.

“You know, Dustin is a fighter at heart. For me, just watching him evolve as an athlete, not just as a fighter, cause he’s always been a fighter, I think evolving as an overall athlete, understanding his body and understanding when he needs to take time off from the gym. We call it super-compensation, basically when he takes a break he comes back even stronger and he gains those adaptations he had in the past, because he’s let his body and mind rest. Again, this is nothing new to him, yes, it’s the biggest fight of his career but we are treating it like another fight because we need to make sure everything is consistent and he’s enjoying the process. If he can enjoy the process, we’re going to get good training sessions, we’re going to get that optimal intensity that we need, and he’s going to recover. That’s where I’ve seen him evolve as an athlete.”

Watching Poirier claim the interim title was a moment that Phil Daru said he was jumping up and down for out of excitement as it happened, but both coach and fighter knew that there lied bigger goals ahead after winning the interim title.

“I already know the ramifications of this fight and just the overall importance to him, his career, and his legacy as a fighter. We both know and we’re highly confident and every day, we’re going to be world champions. For him to say it to himself, he truly believes it, but when times are tough, we reiterate that to him and from there, he puts his head down and he keeps on grinding. That’s the true testament of a champion and Dustin Poirier has all those aspects.”

When Dustin Poirier steps into the Octagon at UFC 242 ready for the biggest fight of his career against the undefeated Nurmagomedov, Poirier and his team will arrive with the confidence that they did everything necessary to be ready for this fight. While the stakes are certainly higher, Phil Daru and all of Poirier’s coaches put their focus on the keys that needed to be emphasized in order for Dustin Poirier to realize a lifelong dream and become world champion.

The preparation work has been done, the gameplan has been created, all the right motivating factors are there for Poirier. This fight isn’t simply about the title, it’s about providing his wife and daughter with financial security for the rest of their lives, it’s about showing his family and countless others that goals can be achieved as long as the work is put in, and it’s about showing the world that Dustin Poirier is a world-champion fighter. Phil Daru sees it, his other coaches at American Top Team see it, and now Poirier and his team are ready to cash in and get a champion’s reward for all their hard work. 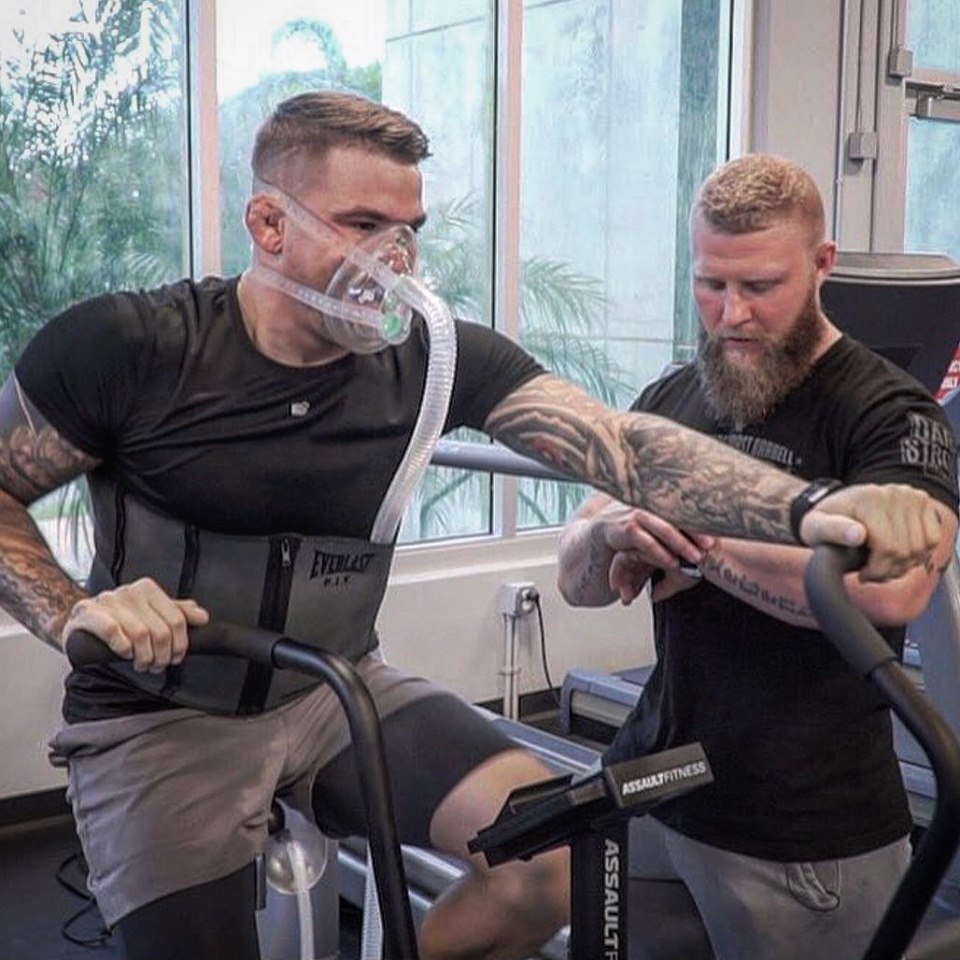