Art of War Cage Fighting is wrapping up 2022 with its sixth show of the year.  AOW 27: World War Three will take place Saturday night, December 10th at the Newtown PA Sports Training Center.  The main event will feature Shawn Stefanelli vs Turpal Khamzayev at a catchweight of 140 lbs. A battle of rock-solid veterans will pit “the Panamaniac” Eddie Alvarez against Niyaz Ahmed.  The undercard is loaded with young talent and fun matchups.

John Garbarino will bring his Philly neighborhood with him as he welcomes 3-0 prospect David Burke who is ranked #1 in New England in his weight class.  These two will battle for the 175 lb title.  Another title will be on the line at flyweight as respected veteran Reece Ward takes on Brandon Bohanon.  Bohanon is 3-0 and a huge prospect.

Grindhouse MMA and Fitness will be well represented with four fighters.  Stefanelli, Anis Abdulloev, Christian Hannigan, and “the Milkman” Isiah Herring. We also have a female 140 lb superfight between Laura Turzenski and debut competitor Fabiana Josa.

The entire card is listed below. I hooked up with Christian Bobe, who will join myself and Earl “Trouble” Small on the night’s commentary. Christian and I go over most of the fights as well as talk about his 2023.  Bobe is planning on making his debut on AOW All-Star Weekend III February 3-4.  Bobe is another talented, hardworking blue chipper who trains at Daniel Gracie Philly and Marquez MMA.

Please check out our interview on the link above

Art of War Cage Fighting 27 is a Bickings Media Production.  The pre-fight show begins at 6:30 and the first bell is at 7 pm and is available on pay per view via the Starfund App.

AOW returns in 2023 with back-to-back shows on February 3rd and 4th.  Stay right here at MyMMANews for fight announcements and pre-fight interviews as we cover regional combat sports like no other. 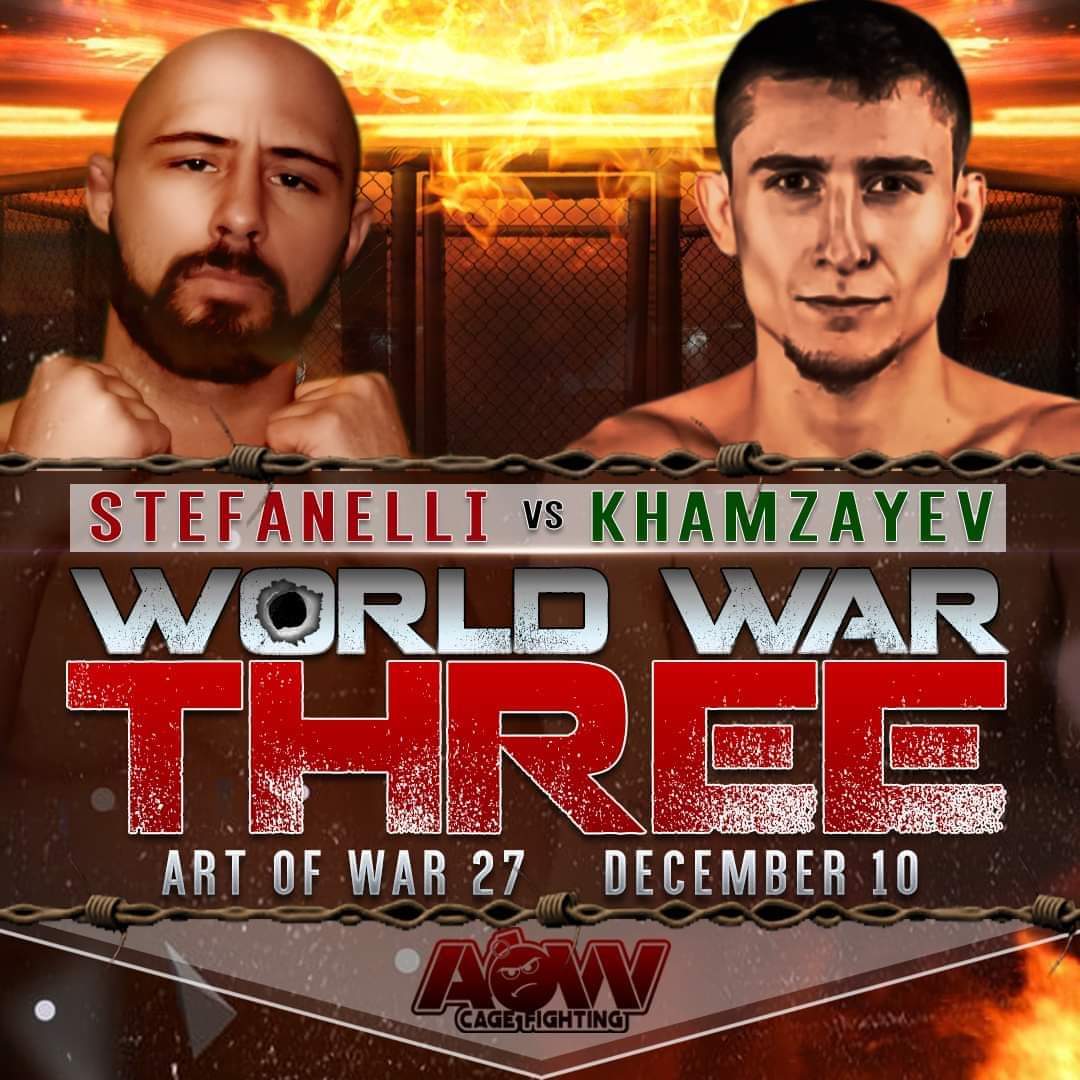 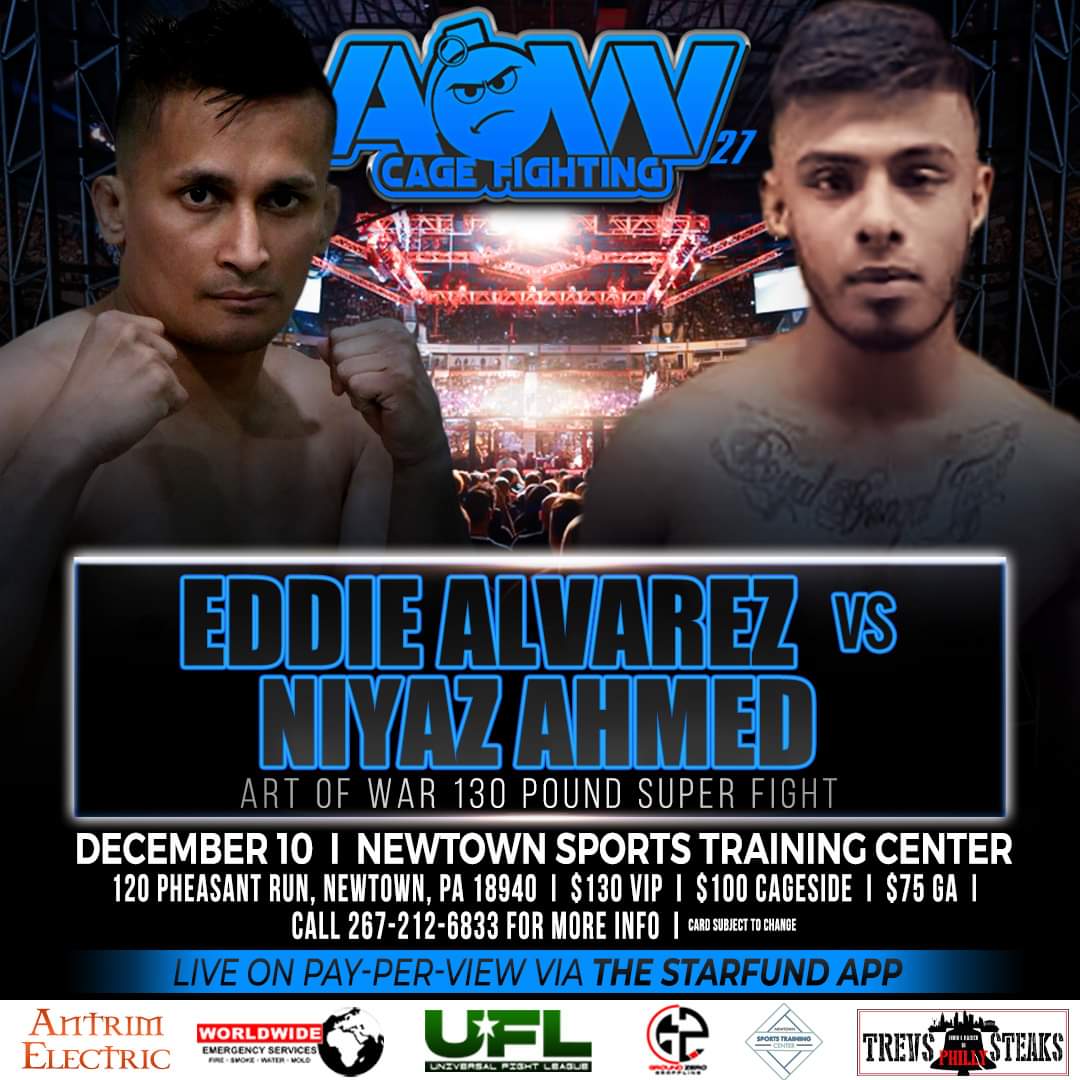 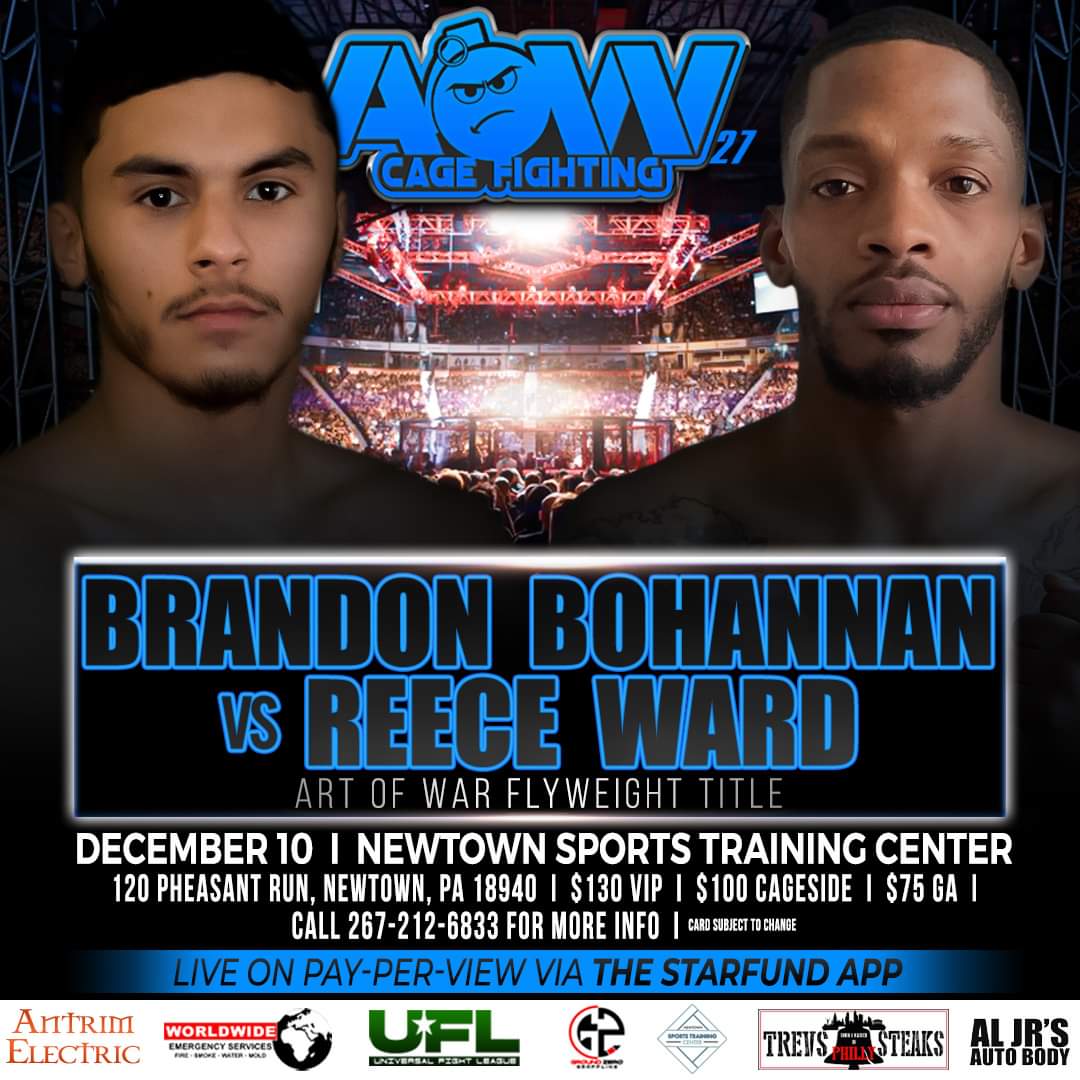 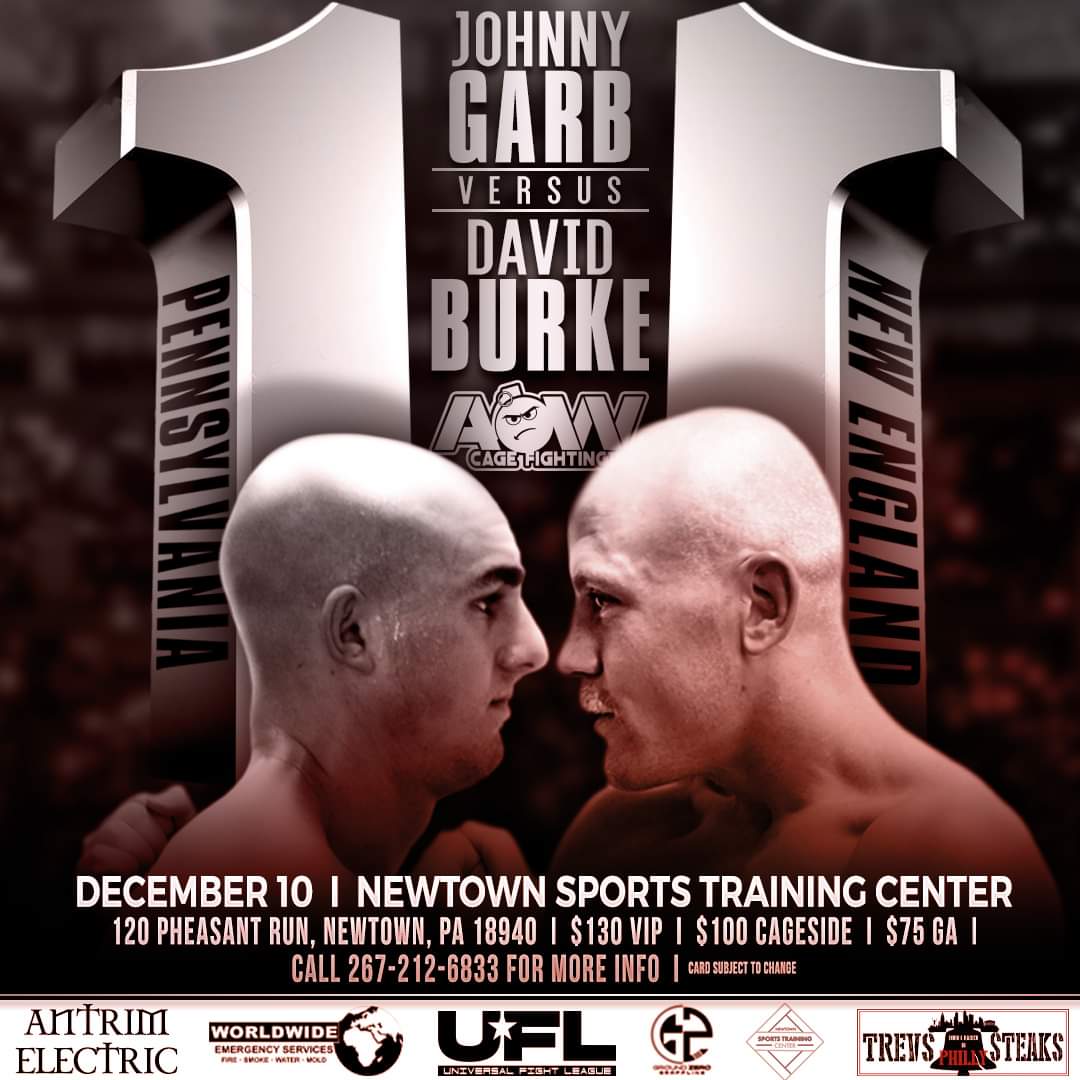