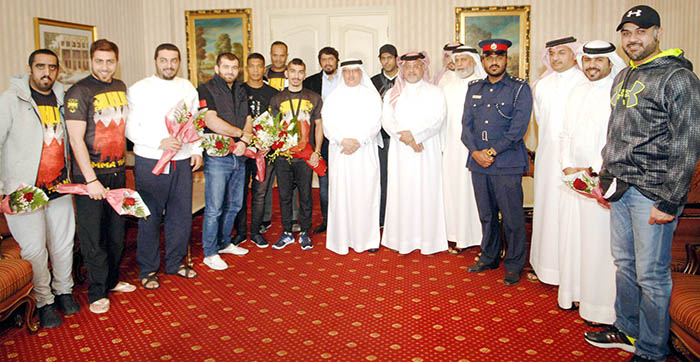 Bahrain took one bronze medal in the prestigious event thanks to team member Hussain Ayyad, who finished an impressive third in the 57kg category.

The event was organised by International Mixed Martial Arts Federation (IMMAF) with the cooperation of UK MMA Federation.

Askar said the result underlines the success of the team’s plan to achieve positive outcome at different international challenges.

He said the Birmingham championship was a great opportunity for the team to get more experience among international-level participants, and stressed that winning a bronze medal was significant for the team, which targets more victories in future competitions.

The BOC general secretary added that this medal has boosted the team’s morale for more achievements in the future and congratulated the team members for the outstanding result while wishing them success.

Bronze medallist Ayyad expressed his happiness on winning the bronze medal for Bahrain in his first official participation in an international event. He thanked Shaikh Khalid for his continuous support to the team, which is a big motivation for the team to achieve more positive results.

Atlas Fights 54 Set For the Beach

By Kristen King 6 hours ago

Was Poirier the Biggest Challenge of Hooker’s Week?

By Pat Donohue 10 hours ago