Last night at the Lanco Fieldhouse, many of the fans left a little unhappy as their hometown favorite, Michael “No Mercy” Serrano went from what looked like a victory by guillotine choke, that slipped away into an escape, and a quick transition to the back for Josh Trainor as he finished the fight by rear-naked choke at 3:46 of round one of the Art of War Cage Fighting 6 main event.

However, leading up to that fight, the card was full of action and good match-ups.  Matt Turnbull, fighting out of Martinez BJJ, made his professional debut taking on the 1-0 Matt Skibicki fighting out of Conquest BJJ in Maryland.  This entire fight was a war.  The first round was very close, but Skibicki did have Turnbull on the retreat a couple of times.  Some nice exchanges from both guys.  Round two, Sibicki was the aggressor and seemed to be taking over the fight. In round three, Turnbull came out like a man possessed and was landing hands and knocked out Skibicki’s mouthpiece.  Skibicki knew he was in trouble and shot a double-leg for a quick takedown.  Turnbull worked his way back to the feet and continued to score.  The place was on it’s feet as both fighters showed tremendous heart and didn’t stop until the final bell. Judges all scored 29-28 for Matt Skibicki.

Defending 155 lb AOW champion, John Bearcat Brennan never looked better as he finished Bart “Bang” Pierre in round two via rear naked choke.  Brennan was in control from the start as they felt each other out.  Brennan eventually seized the opportunity for a takedown and went to work on the ground and pound as the round ended, Bearcat was still on top in side control .  Round two, Brennan wasted little time in securing the takedown, softening up his opponent with some sharp groundwork. Pierre gave up his back, and the defending champ wasted little time, finishing with strikes.

Taylor Mozingo and Jace Kendle came both came out throwing with bad intentions. Very exciting back and forth for the first 1:30 until Kendle landed a big overhand right, and pounced on the dazed Mozingo to finish by RNC at 1:46 of the first round. 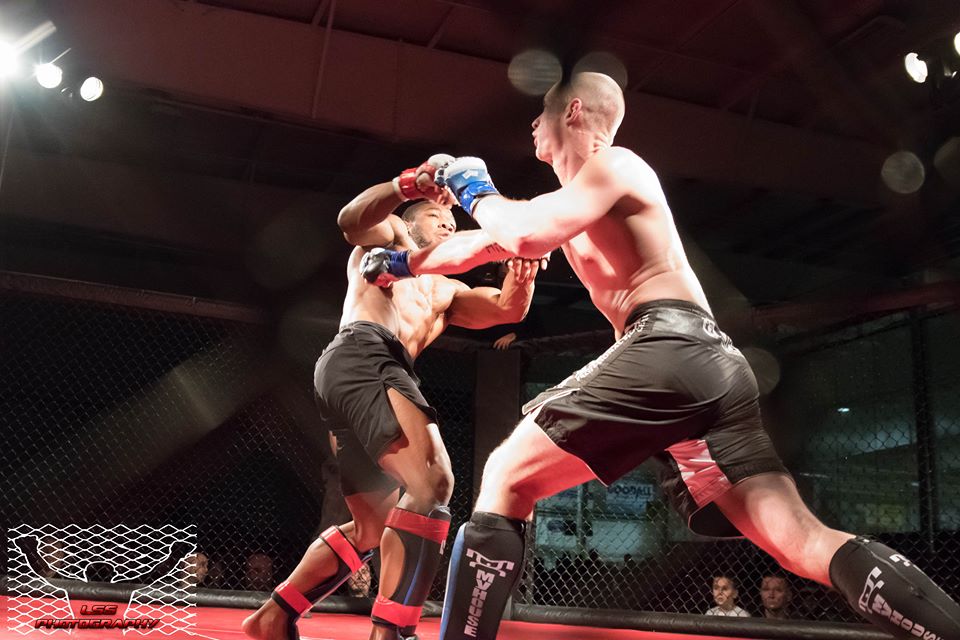 Miles Lee made his MMA debut.  He is a talented and exciting prospect out of Gracie 717 in Lancaster, PA.  He threw around his opponent, Sean Glass, with takedowns and body shots for two rounds before locking in a kimura and winning via tapout 46 seconds into round three.

Stephan Burden and Jake Atwell both made their debuts opening up the card.  Burden scored a lot with his kicks and also landed some nice combinations.  Atwell had some nerves and also oloked like he struggled with the southpaw stance and the reach advantage.  He did land some with his over-hand right, but Burden showed a nice chin and gave it right back.

Art of War 6 was another successful night for Mike Bickings and his team.  They now reload and get ready for a huge card with the return of Bellator veteran, and Philly legend, Sam “Sammy O” Oropeza (13-3) and the debut of his protege’ Joe “Body Bagz” Pyfer scheduled for Art of War 7 from the 2300 Arena in South Philadelphia on April 18.

By Nicole Bosco 49 mins ago

By Doug Murray 6 hours ago