We have an incredible main event coming this Thursday at Bellator 250, as Bellator Welterweight Champion Douglas Lima looks to become a two-division champion by taking out former Bellator Middleweight Champion Gegard Mousasi. 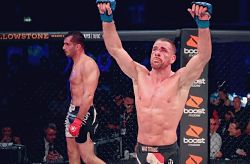 It’s a very sad story, but now we get to see two of the best mixed martial artists on the planet battle it out in a superfight for the vacant Bellator Middleweight Championship.

Lima has been with Bellator for about half of his career, while Mousasi has really fought all over the place. Lima made his promotional debut with an 18-4 record after winning and defending the MFC Welterweight Championship. 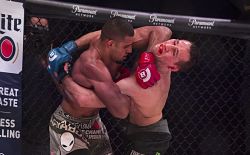 Since being part of the Bellator roster, Lima has won the Bellator Welterweight Championship three different times, but he’s had just one successful defense, in his last reign before this current one.

He’s only lost to Ben Askren, Andrey Koreshkov, and Rory MacDonald since being in Bellator.

He avenged his losses to Koreshkov in the rematch and trilogy, and he avenged his loss to MacDonald in his last fight. That’s pretty impressive, he’s avenged two of his only three defeats in the promotion. 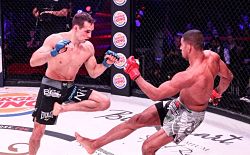 What’s even more, Koreshkov defeated him via unanimous decision, he KO’d him in round three of the rematch and submitted (rear naked choke) him in the fifth round of their trilogy.

Not to mention, Lima has all sorts of Bellator records, like being the Bellator season 5 and 8 winner, as well as the Welterweight World Gran Prix winner. 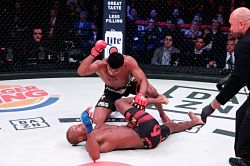 He’s also tied for most knockouts (8) and most finishes (9) in Bellator welterweight history, he’s tied with Michael Page, who he KO’d in round two of their fight.

Lima’s also tied for most wins (13) in Bellator welterweight history with Koreshkov, who as mentioned above, lost two of three fights to Lima. Lastly, Lima is tied for the most knockouts in Bellator history (9) with lightweight talent Patricky Freire.

Lima is the only one coming into this fight as a champion, the 170 lb champion, but the fight is at 185 lbs, where Mousasi has won many titles, and where Lima has only fought a couple times. Those three bouts did see him win the 2010 REDLINE Middleweight Gran Prix, just before joining the MFC, and ultimately, Bellator. 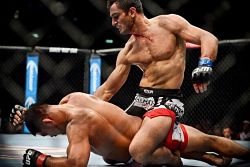 Mousasi is about as skilled of an all around fighter as we’ll find.

It took the UFC so long to pick him up, then once they did, they just let him go on a five-fight win streak with four knockouts. He was close to fighting for the UFC Middleweight Championship, but he decided on coming over to Bellator instead.

Mousasi has had a very long, very successful career. He first became a title holder back in 2006 where he captured the Cage Warriors Middleweight Championship, just after defeating Hector Lombard. He then went to DREAM and did very well there, winning the DREAM Middleweight Championship in his fourth fight with the promotion, capturing his fourth victory under their banner. 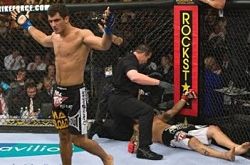 Not long after this, Mousasi won the Strikeforce Light-Heavyweight Championship. At this point, Mousasi had just become a two-division world champion by defeating Ronaldo ‘Jacare’ Souza and Renato Sobral, just in different promotions.

Souza had only ever lost one time prior, and went on to win and defend the Strikeforce Middleweight Championship, and Sobral had won his last five straight with four finishes, and had gone 15-2 in his last 17.

Mousasi then lost his Strikeforce title to ‘King Mo’, before capturing the DREAM Light-Heavyweight Championship and defending it ten months later. He then defeated Ovince Saint Preux and Mike Kyle before joining the UFC. 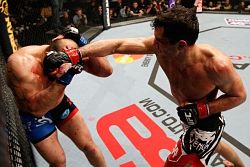 Mousasi defeated Ilir Latifi in both of their respective promotional debuts, before dropping back down to 185 lbs to take on former UFC Light-Heavyweight Champion Lyoto Machida.

After losing this fight, he submitted (rear naked choke) Mark Munoz in round one, before losing his next fight to ‘Jacare’ Souza in their rematch.

‘The Dreamcatcher’ then TKO’d Dan Henderson, before out-classing Costa Philippou for three rounds. Next came his final UFC defeat, to Uriah Hall, who he absolutely shut down and nearly finished in round one, only to get spin-back-kicked to his face and get TKO’d by him in round two.

Mousasi then defeated Thales Leites via unanimous decision, who was 5-1 in his UFC return, with the only defeat coming to Michael Bisping via split decision in a fight many thought he won. Following this, Mousasi KO’d Thiago Santos, before rematching Uriah Hall. 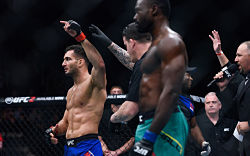 The Hall rematch went as expected, Mousasi took him down and pounded him out in round one. This was followed up by a TKO victory over former UFC Middleweight Champion Chris Weidman, which was controversial, but he did defeat him nonetheless, and now he was headed to Bellator.

It’s unfortunate Mousasi never got a title shot in the UFC, he’s certainly capable of capturing it. Gegard Mousasi is one of the most underrated, underappreciated fighters this sport has ever had.

Mousasi had now captured a title in every major promotion he’d fought in, aside from the UFC. He could have had his chance, but it just didn’t work out. He defended his title against then Bellator Welterweight Champion Rory MacDonald via TKO in round two, before losing it to Lovato in his next fight. 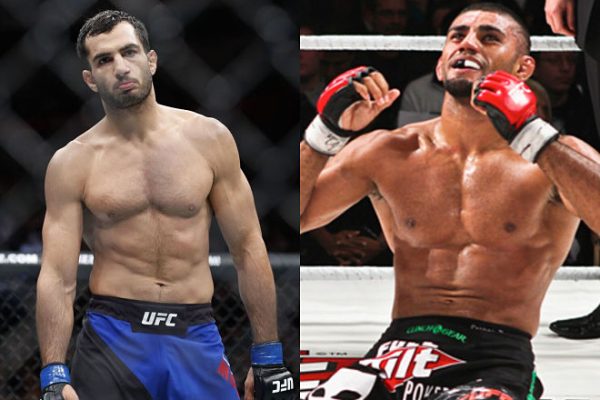 He should have gotten the Lovato rematch, but the doctors made it impossible. That’s why he took the Machida rematch. Defeating Machida means Mousasi has a victory over three of the last four men to defeat him: Lyoto Machida, Jacare Souza, and Uriah Hall.

Lima is on a similar foot, having defeated the last two men to defeat him: Andrey Koreshkov and Rory MacDonald. That makes this fight very interesting.

Lima may be a natural welterweight, and Mousasi may be a lifelong middleweight and light-heavyweight, who’s also fought and won fights at heavyweight, but Lima’s a pretty huge welterweight to say the least.

Lima got his start in Muay Thai, where he went 21-0 as an amateur with 17 knockouts before making the switch to mixed martial arts. Mousasi took a similar path, as he went 8-0 in kickboxing with three knockouts, and 12-1 in amateur boxing with nine knockouts.

Mousasi will use his ground game more often than Lima. He’ll usually use his wrestling or one of his trips to get his opponents down, and once he has them down, his ground-and-pound is as vicious as it gets. His striking is also something to be wary of, he’s a dangerous man.

Who wins this epic superfight at Bellator 250?