Former UFC lightweight champion Benson Henderson (28-8) has sustained an injury and will not be able to compete in the scheduled Bellator 237 co-main event rematch against former Bellator champion Michael Chandler (19-5).

Henderson made the announcement via social media, stating that he hopes to one day get redemption against Chandler. The bout will remain in the co-main event spot.

“I just wanted to take the time to apologize and say that I got an injury and I will not be able to participate in the Dec. 29 festivities in Japan, so I won’t make it out there,” Henderson said.

“I got hurt, I got an injury and I can’t fight, so I’m sorry. I’m hoping that Bellator sets it up, reschedules it for later on, Chandler and I, and we can be able to settle some things.
“I just want to say sorry to all the Japanese fans, I apologize. I was excited, I was stoked to make it back out to Japan and perform for you guys once again, but I’m going to miss it this time. I am sorry, but I’ll make it up to you guys.”

Chandler bested Henderson when the two met at Bellator 165 in November 2016. The fight was ruled a split decision with two of the judges giving the nod to Chandler.

The December 29 Bellator Japan fight card will go on with Chandler receiving a new opponent in “The Outlaw” Sidney Outlaw (14-3).

Outlaw enters the contest riding a nine fight win streak, including a pair of title fights that would have awarded him championship belts had he made weight.  Outlaw has fought some of the top fighters in the sport to include a recent win over Roger Huerta, a submission win over Cesar Balmaceda, a decision win over former Titan FC champion Raush Manfio, and a victory on Dana White’s Contender Series.

Bellator Japan is headlined by a heavyweight bout between Fedor Emelianenko and Quinton ‘Rampage’ Jackson. 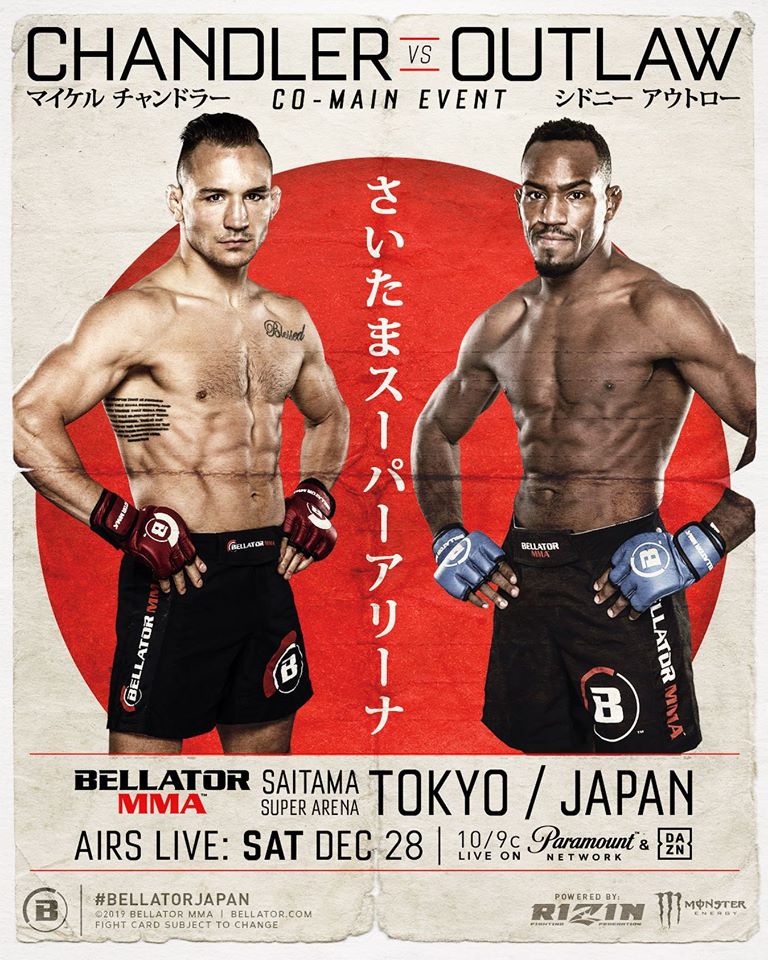