Family and friends of a slain Palm Springs, California based Brazilian Jiu-Jitsu instructor are seeking answers. A $10,000 reward is being offered by the family of Ramon Diaz who was shot and killed in front of his Cathedral City home on March 28 at about 9:30 p.m. The person responsible remains on the loose.

Diaz was the owner of Palm Springs Jiu-Jitsu. He was found “suffering from trauma to the body” in 31-300 block of Whispering Palms Trail in Cathedral City earlier this year. Police were dispatched to the scene around 9:45 p.m. and Diaz was taken to a nearby hospital, where he later died.

Police last week released a video that they said showed a possible suspect but it apparently did not yield a positive identification.

RIP to the Amazing Man who introduced me to BJJ and MMA. Ramon Diaz was my first instructor & I can honestly say that if it wasn’t for him, I wouldn’t be where I am today pic.twitter.com/xjUQU6CQ7m

“He was always more than a brother, he was like a dear friend. There were things I could share with him I wouldn’t share with my best friend of 40 years,” Alex Diaz, 49, the eldest of five siblings, told The Desert Sun.

Cathedral City police are asking anyone with more information about the homicide to call Detective Barkley, or Sergeant Sanchez, at (760) 202-2488. 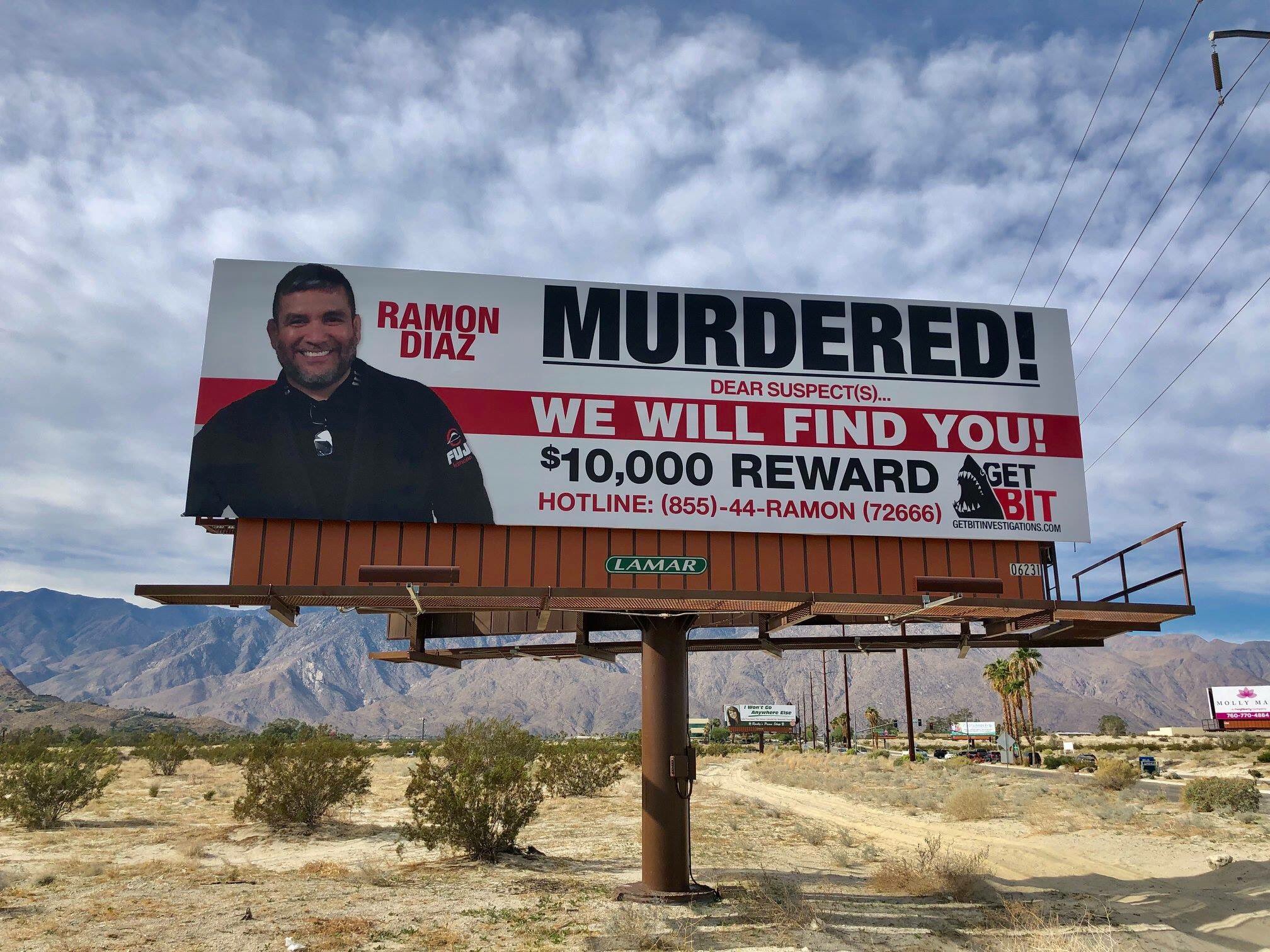 By Cole Shelton 55 mins ago