Brandon Davis was originally slated to take on Eddie Alvarez at Art of War 14, only three weeks ago. After an unfortunate turn of events, “Black Panther” Davis was part of a two car collision that rendered him unable to compete due to medical reasoning. Walking away from the accident with minimal injuries, the bout was quickly rescheduled and Davis even more ready to take on the seasoned vet, Eddie “The Panamaniac” Alvarez.

Raised in Delaware, Davis grew up as a natural wrestling talent and stayed the course until it came time to seek competition elsewhere…In the cage. It’s been there where he continues to seek the thrill of victory and his life long journey of martial arts. After joining 302 BJJ, Davis quickly saw the results he was looking for to begin showcasing his skill set under the bright lights and with a cage door locked behind him. On the night, he’ll have his longtime friend, now turned teammate from his wrestling days in Andre Petroski. Between Davis, and Petroski, the 302 representatives hope string together wins for their team as Brandon says that one thing is certain, “We’re gonna steal the show.”

Getting into the bout with Alvarez, Davis is no stranger to the veteran he has in front of him on fight night. It’s “the story of the up and comer vs the vet and I’m excited.” Says Davis. “I’m excited to show that I belong where I’m at…I’m gonna have a dominant performance!” Continuing with “I’m more focused on what I’m going to do”. And when pressed for a prediction, the “Black Panther” Brandon Davis exclaims, “I put him wherever I want. If the finish is there, then the finish is there but I definitely think I’m going to control the fight!”

Tune in above as Brandon “Black Panther” Davis goes one on one with me at 302 BJJ for this exclusive pre fight interview before he co-headlines Art of War 15. Be sure to check back to MyMMANews.com for Art of War 15 live results from the 2300 Arena this Friday! 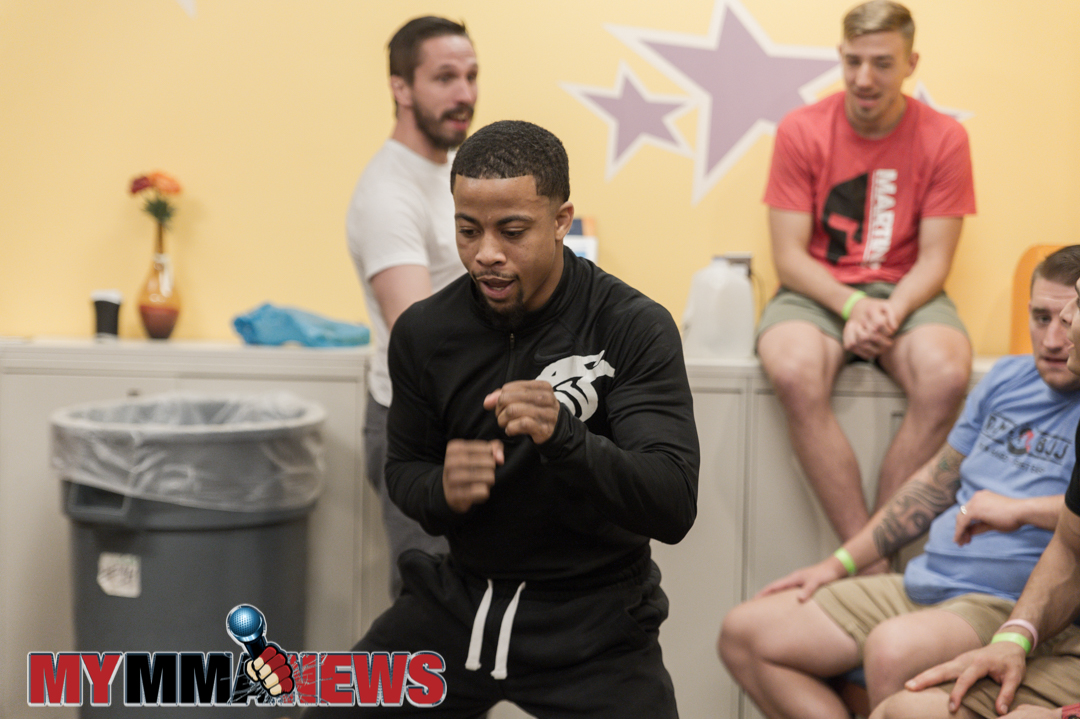