Brandon Moreno and his boss are on the same page for a rematch with flyweight champion Deiveson Figueiredo.

During a virtual Q and A with ESPN+ subscribers last Tuesday, Jan. 12, UFC President Dana White said the second meeting between the two is a “Guaranteed rematch.” Moreno fought Figueiredo to a majority draw at UFC 256 this past December.

White even laid out April or May for possible target dates. Moreno told MyMMANews on Monday that he is on board to compete in spring 2021.

“I agree, I love April or May. I will be ready for those months,” Moreno said.

“Right now, all my injuries from the last fight, I don’t have any more injuries and I am healthy. I started a game plan already for Figueiredo.”

Since the rematch is still unofficial, one thing is for sure. Moreno and Figueiredo will have more time to prepare the second time around. Figueiredo made history by making the fastest turnaround for any UFC champion after defeating Alex Perez at UFC 255 in November.

Moreno and Figueiredo’s five-round capped off the UFC’s last Pay-per-view card of 2020 with a “Fight of the Year” nomination. The Mexican-born fighter stopped Figueiredo’s streak of four-straight finishes.

Moreno showcased is the first person to take Figueiredo to five rounds inside the octagon. He looks forward to trying to solve the puzzle that is the champion again. 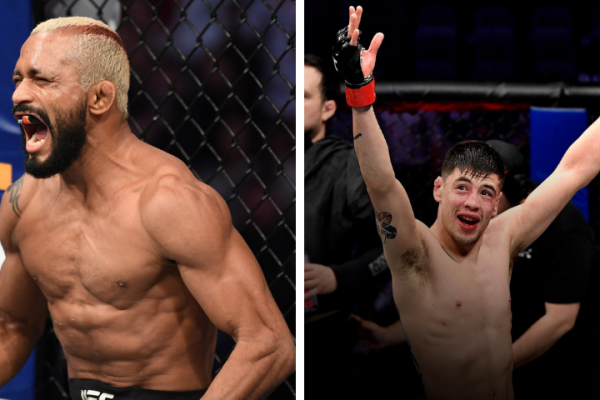 Figueiredo spoke to other members of the media in December to talk about wanting a potential super-fight for the ‘BMF’ belt.

He is eyeing a potential matchup with former two-division champion Henry Cejudo. Cejudo retired after defending his bantamweight strap against Dominick Cruz via second-round TKO at UFC 249 back in May.

Moreno understands Figueiredo wants to make money, but says the rematch is the only fight that makes sense right now for the champion. Moreno even posted on Instagram, calling out the Brazilian.

Moreno is not one to trash talk, but is not afraid to voice his opinion at the same time.

“Me, I am the most educated guy, the most humble guy, but sometimes you need to talk,” Moreno said. “At the end of the day I understand. He knows he will lose to me in the rematch, but this guy wants money. His goal is get some money, but I don’t have the name to make a huge payout in the rematch. He’s trying to get the fight with Henry Cejudo because he is a bigger name than me.”

To see the full interview with Brandon Moreno, click on the video above.

By Staff Report 13 mins ago

By Andy Stevenson 6 hours ago