Eryk Anders graduated from University of Alabama as a talented football player with a degree in health sciences. It didn’t take long after graduation before he grew complacent and frustrated with his new life that proved to be mundane compared to what he had previously known.

The UFC middleweight fighter went on to explain, “I was doing the same thing and talking to the same people everyday about the same things. I grew really dissatisfied with my life and could feel it starting to change my character. So I decided to try some martial art classes to get in shape and blow off some steam. Then I got good at it really quickly and just fell in love with it.”

Training under the tutelage of Chris Conolley of Spartan MMA & Fitness alongside the likes of Walt Harris,  Anders would go on to become a successful knockout artist and beloved fan-favorite in the UFC.

Anders has a lot of faith that he and Harris won’t be the last ones from the region to see the UFC before the end of their careers. He says that if he could give any advice from his own personal experiences to other fighters trying to make it to the UFC it would be patient to have patience between fights and take time to develop in between them as well as not underestimating the importance of proper nutrition.

Anders has fought both at 185 and 205, and is keeping the door open for opportunities in both weight classes moving forward. He says he’s dieting, running, training and cutting weight in preparation for when fighting resumes.

“The UFC knows what’s up. They know I’m the kind of guy that all they got to do is say my name and I’m going to show up to fight,” Anders boasted.

Anders is fully supportive of the UFC’s efforts to try to continue events during the coronavirus pandemic, stating: “I think what Dana White’s doing is a real boss move. To have the government and everyone trying to shut it down and him being like ‘No, this is what I do and I’m going to keep trying to make these fights happen’; that’s a real boss move right there. I have a lot of respect for that.”

Needless to say, Eryk Anders is eagerly anticipating a call from the UFC to return to the octagon ASAP. When asked if he had anyone in particular in mind he responded: “Obviously the guy with the belt is the one with the target on his back, so whoever is in between me getting to him, I mean it is what it is you know?” 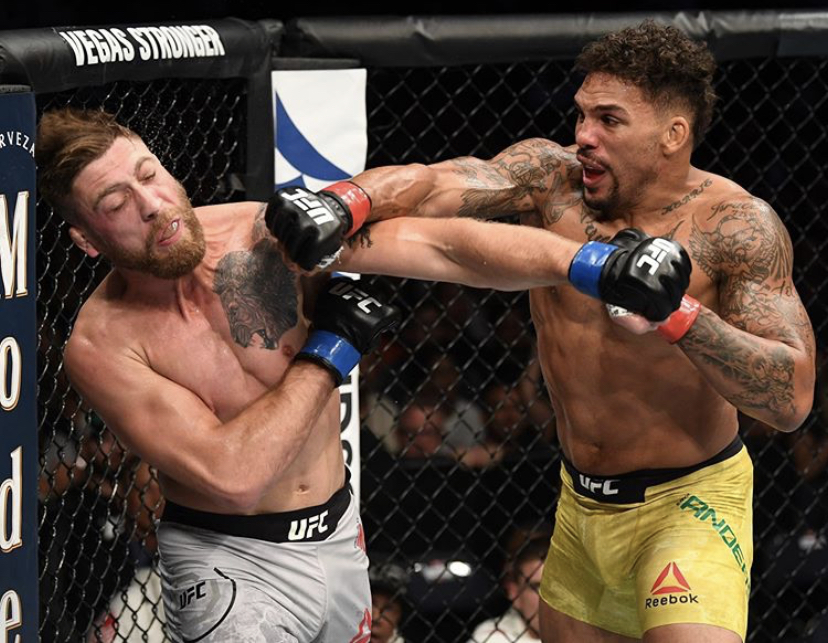