Colorado is the only state willing to sanction three full fights in one night. The Queen of Sparta female flyweight tournament marks the third time Sparta Combat League has hosted the three-fight event. All of the tournament participants compete in a boxing match. Winners move on to kickboxing, and the two winners left after that go into the final match, which is a full MMA bout.

For this event, Sparta Combat League hosted eight 125 pound women to battle for the title. Other kings and queens include  Kathryn Paprocki who took home the Strawweight Queen of Sparta Title. Paprocki won her Invicta FC debut shortly after. LT Nelson holds the King of Sparta Title at 155 pounds. Nelson also competes under the Glory Kickboxing banner.

Sinn came out as the more technical fighter but had her work cut out for her against Valdez, who refused to give up ground. Neither opponent was throwing with knockout power, but both were landing. As the match progressed, Sinn’s tenacious pressure put her on the winning side of the bout via unanimous decision.

This bout had the makings of fight of the night. Both Beck and Leonardo demonstrated advanced striking skills that surpassed many of the other tournament participants. Beck looked like she had pulled off the victory in round one with a Leonardo struggling to stay in the fight trapped against the ropes. Leonardo came out in the second on a mission for redemption. She caught Beck and refused to let up, securing the second round TKO.

Muraski vs Soto was a battle for space, with the two grappling specialists struggling to find the ideal striking range. Heavy pressure from Muraski kept her dominant despite an overall lack of striking.

The final boxing match between Denny and Deen had fans on the edge of their seats. Denny’s long-range striking and forward pressure kept Deen on the defense, but Deen’s defense was excellent. Head movement and angles are what essentially helped her secure the close split decision win, advancing her to the kickboxing rounds.

This bout was bound to be exciting. Sinn is an experienced kickboxer but showed up a little slow for her boxing match. She picked up the pace in the second fight. Heavy, continuous knees from Sinn had Leondardo fighting for the space to move effectively. When Leonardo was able to find the space she landed well. She landed well enough that it was anyone’s guess whether the judges would prefer solid strikes or volume. Sinn was awarded the split decision win to advance.

Watching the boxing rounds, there was a certain expectation of how the kickboxing match between these two would go. But that didn’t happen. Muraski kicked it into high gear with aggressive striking and clinch work that dropped Deen twice in the second round. Deen is tough as nails and answered the count both times without question, despite being visibly rocked. Muraski was also able to land multiple successive knees to the head. Muraski won the match decisively and advanced to the MMA match.

MMA Final Bout for the Queen of Sparta Title

This is the fight many fans speculated could be the final match. Top seeds Shannon Sinn and Cheri Muraski are both veterans of the sport, having fought at some of the highest levels. Both have competed under the Invicta FC banner and Muraski is still under Invicta contract.

Though both women are well-rounded, Sinn is known for her striking skills. She trains out of and manages her own gym called Grinders. Muraksi is a jiu jitsu black belt out of Easton Training Center.

The aggressive pressure from Muraski kept Sinn from being able to work at her own ideal striking range. The women spent a lot of time jockeying for position against the cage, each throwing nearly 100 knees from close range in the first round. 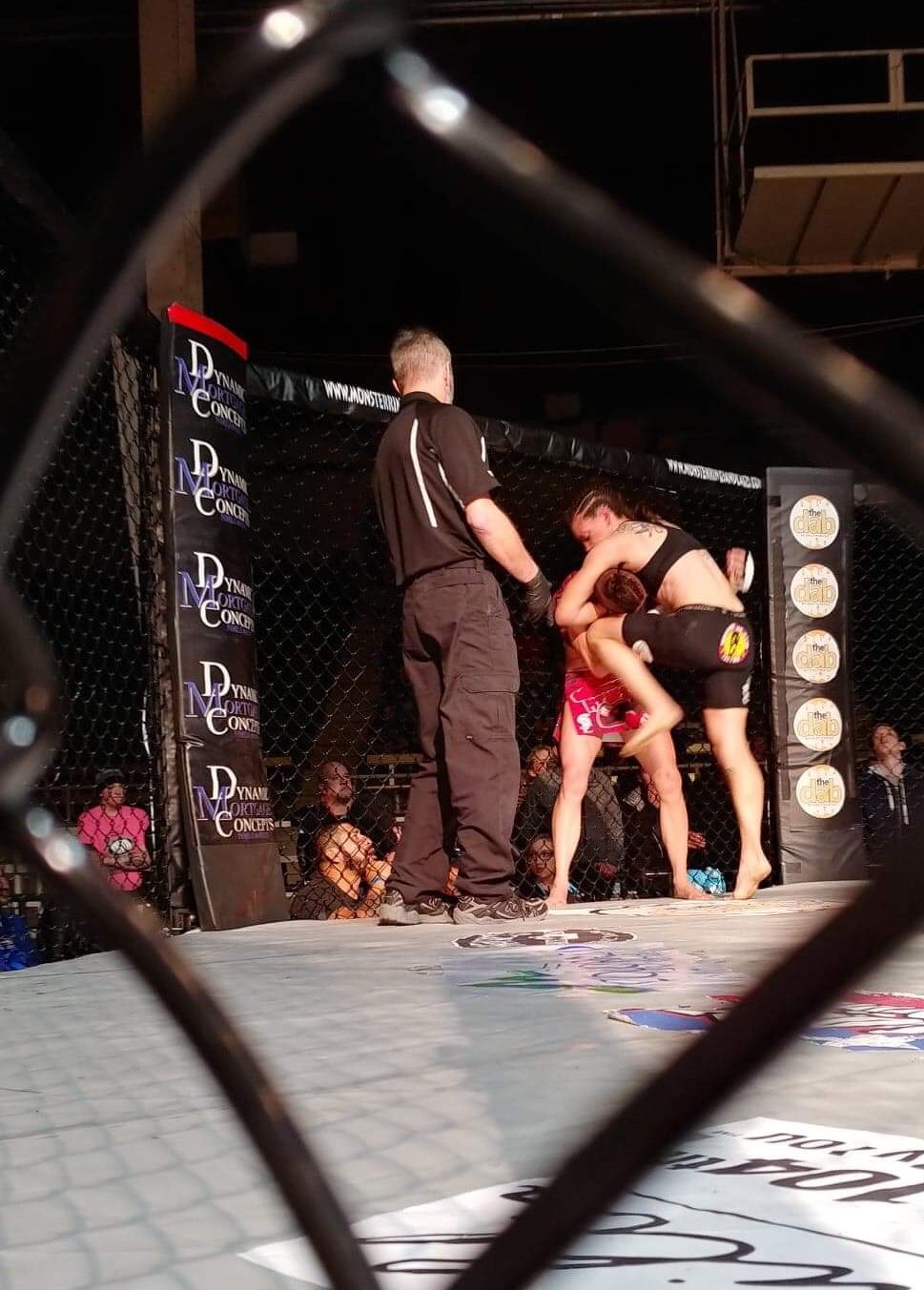 In the second round, Muraski had a standing guillotine attempt that was unsuccessful but allowed her to be offensive for a good part of the round. Sinn was able to secure a takedown in the final seconds of round two but did not have enough time to work in that position.

Both women came into the tournament in great shape and ready for a long night. By round three both Sinn and Muraski were just as dangerous as they were hours prior, if not more so. Muraski’s game plan of aggression and cage control gave her dominant position, which she fought tooth and nail to maintain. This is what ultimately won her the fight and the Queen of Sparta Flyweight Title.

SCL 70 and Queen of Sparta

Once the event was underway, the whole show ran very smoothly from one fight to the next. In between the tournament competition, Sparta Combat League hosted six additional fights. Sparta Combat League is based in Colorado but hosts fight cards in a number of states, also broadcasting on pay-per-view. The King and Queen of Sparta Tournaments are unlike anything any other promotion is doing and challenges professional martial artists to become well-rounded and operate at peak performance.

Other Fights on the SCL 70 Card