I’ve said for a while now that Criszaida Adames is destined to do great things in the sport of mixed martial arts.  I have known her since she started fighting in 2017 out of Martinez BJJ in Northeast Philadelphia.  Whenever I would visit, I made it a priority to be there early so I could watch her and several of her teammates sparring and rolling.  You could see how determined of a young lady she was and her relentless work ethic was very obvious. Her head coach Will Martinez and I have had many conversations about Criszaida and he and I both agreed that she has a bright future in fighting.

Adames has gone 4-0 as an amateur and then signed a professional contract with Combate Americas.  Her first two pro fights were both against larger women and the natural straw-weight never backed down in a higher weight class.  Not only did she not back down, she basically beat the daylights out of both opponents with a lopsided decision and a vicious KO victory via knee to the body. Soon after, Covid-19 hit and she had to sit it out like most of the regional MMA fighters. With the restrictions finally being withdrawn, Criszaida finally is getting an opportunity for her third pro fight as she accepted a bout against Claudia Baril who is 1-0.  They will face-off on November 18th at CFFC 88 at the 2300 Arena in Adames hometown of Philadelphia. Baril will be traveling in from her native Canada as the two women will be looking to give each other their first loss on UFC Fight Pass.  MyMMANews squeezed into Adames tight schedule to grab a few minutes with her and she tells us …..

“She (Baril) is a tough opponent.  We’re both going to go in there and throw down and see what happens. Coach Will said we have to go in there and pressure.  He wants me to be a little more aggressive. I don’t want to make predictions. Of course all fighters usually want to get the knockout but if it goes to the ground I’m prepared for anything.  Getting the win is all that counts.”

You can see our full interview on the link above.  Adames is always on the move whether working or training and she fights the same way always moving forward, looking for finishes.  She is fun to watch and a big-time prospect.  If she leaves with a victory, I can see her traveling on a path to possibly Dana White’s Contender series in 2021.

MyMMANews will have live results right here with the best combat sports coverage and deepest staff in the game. 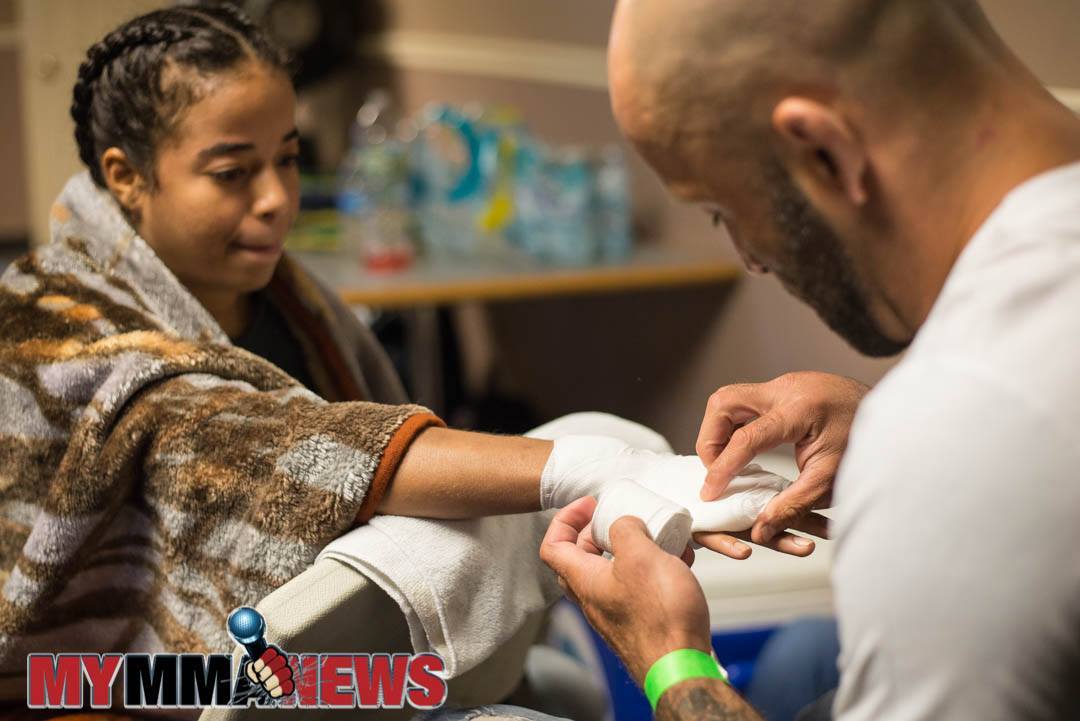