Mike Bickings has been selling out arenas and matching up excellent fights in Pennsylvania for a couple of years now with his Art of War Cage Fighting events.  I have been lucky enough to serve as commentator for each one. There have been a ton of memorable battles and highlight moments.  AOW 14 on November 23rd at the Lebanon (PA) Valley Expo Center is looking to continue this streak.

The one fight that I am salivating over is the 130 lb title fight between defending champ, Anthony “Ammo” Caschera (4-0) and Drew Dickson (6-1). Dickson makes his way from Ohio to try and claim the belt.  Both of these young men are blue chip prospects and tremendous athletes with wrestling pedigrees.  Please check out my interview with Drew Dickson in the link above.  Drew talks about his path into mixed martial arts, his current training partners and coaches and he also tells us…

“I’ve never taken a fight with almost 3 months notice. My first 6 fights have been on much shorter notice and less planned.  When I checked out Anthony on film, I said to myself that it is worth the wait because this will be a big challenge.  He is very good and I will be very well prepared to go in the cage and get the job done.”

I’m expecting this to be a standup battle as is the case when two wrestlers square off.  Caschera fights with anger and has shown great improvement in his striking and has good submission skills. It will be my first time seeing Drew, but his talents are obvious as he wrestled his whole life including in college.

MyMMANews will be on site with live results, post-fight interviews and photos from William McKee. 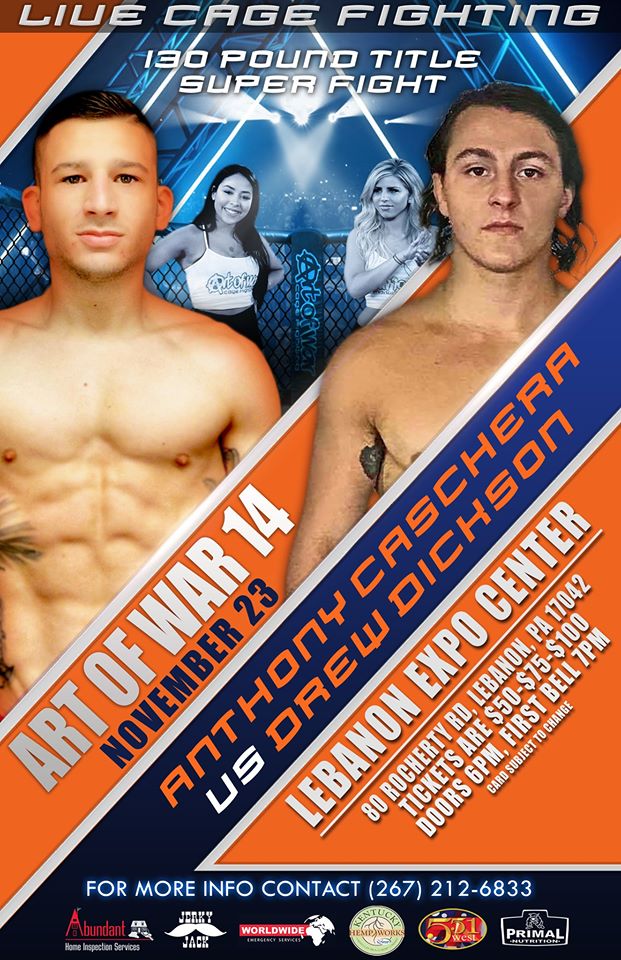 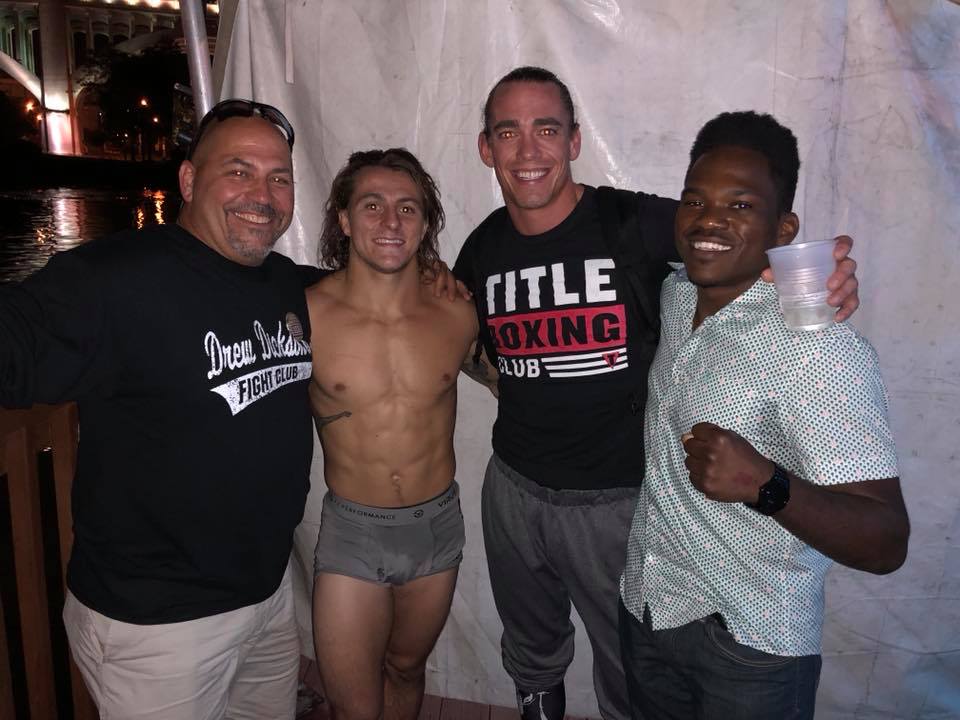