Several current and at least one former UFC star had nude photos stolen and posted online in recent days prompting questions as to who did it, and are more coming?

A website released photos of current female fighters Raquel Pennington, Angela Magana, and former UFC star Jessamyn Duke.  The photos then also popped up on Reddit and social media links such as Twitter.

Magana has addressed the issue, while Pennington and Duke have yet to say anything online and likely won’t. Magana announced that friend and fellow UFC fighter Bec Rawlings was the one who informed her of the posting.  Magana then tagged Pennington which prompted Pennington to ask Magana why she would tweet that out?  Pennington has since deleted her response. 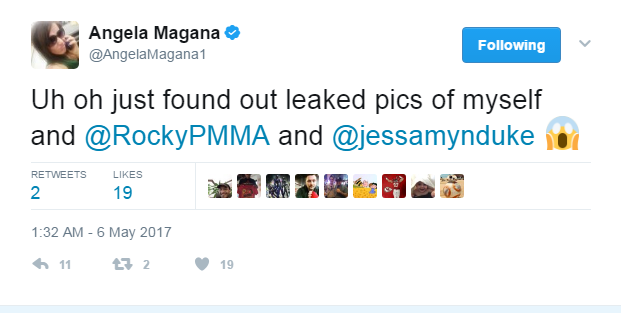 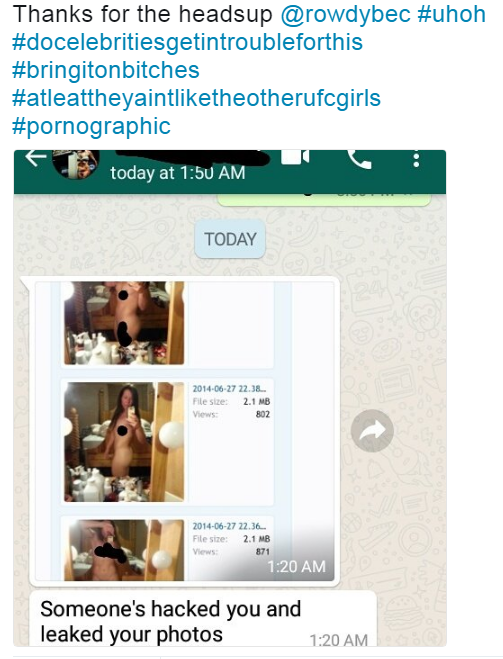 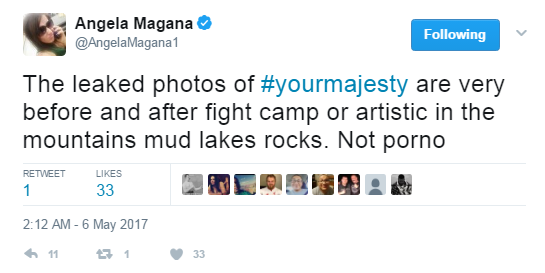 Earlier this year, former WWE Divas Champion Paige was the victim of a hack when a number of explicit photos and videos were stolen from her cell phone and leaked online by a hacker.

Several weeks ago photos made their way online that were supposedly images of former UFC women’s bantamweight champion Miesha Tate.  Since you never see Tate’s face in the photos it is truly hard to identify if the recently retired UFC s star was the victim of a hoax or if she really did have images taken and posted online.

With the growth of the sport of mixed martial arts and women’s MMA producing stars among the ranks one could say that it is quite concerning that more photos may come forth.  Are these hackers targeting victims and trying to produce financial gain from these attacks or is their purpose solely to damage credibility of the athletes photographed?

Are these hackers targeting victims and trying to produce financial gain from these attacks or is their purpose solely to damage credibility of the athletes photographed?

Hackers can mess with your private files if you’re not careful enough. And aside from being self-aware of such threats, learning how to choose the best internet service provider also helps as some ISPs sell customer information to other businesses and companies, putting your personal information at risk. “

By Dylan Bowker 5 mins ago