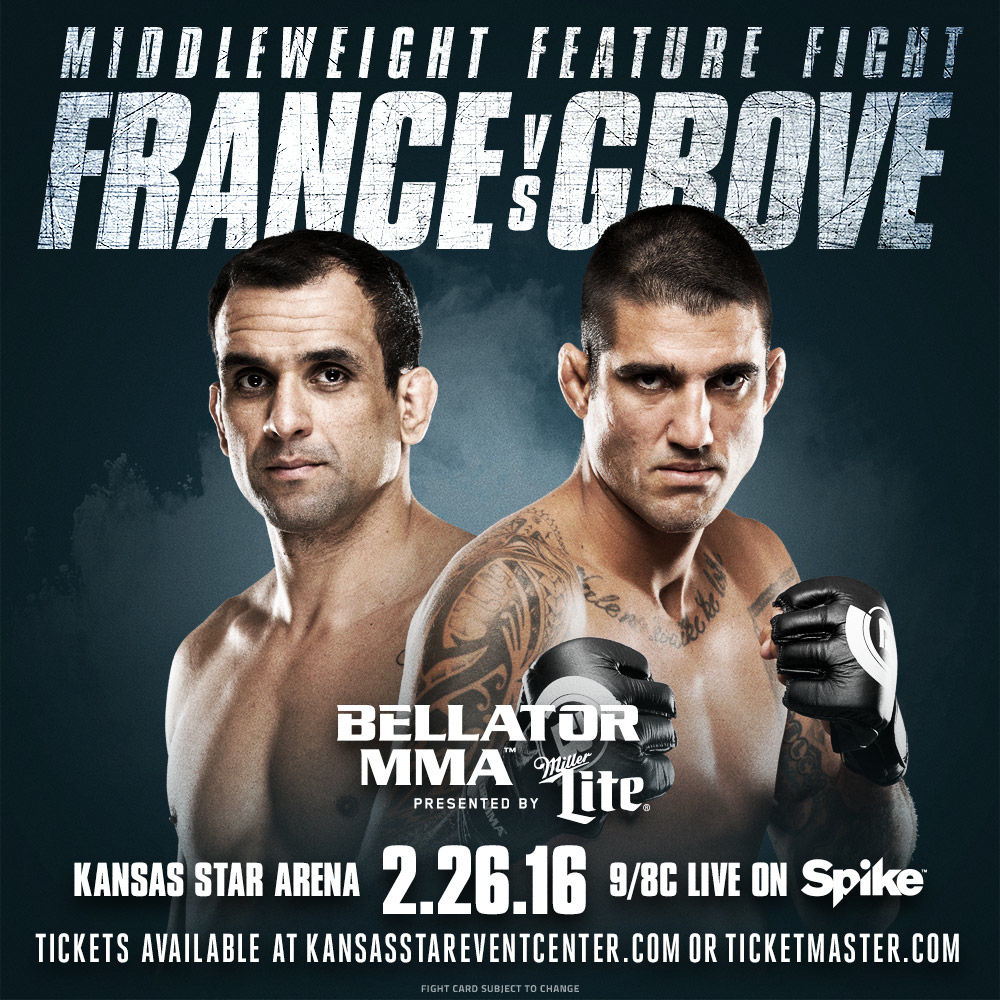 In addition, Bellator MMA’s Bantamweight Championship will be on the line in a rematch pitting Marcos “Loro” Galvao (17-6-1) against former champion Eduardo “Dudu” Dantas (17-4) and hometown favorite, David Rickels (16-4, 1 NC) will return to action against Bobby Cooper (12-5). “Bellator 150: Galvao vs. Dantas 2,” also features the Bellator MMA debut of newly signed women’s flyweight Lena Ovchynnikova (10-3), when she meets Rebecca Ruth (5-1) and a heavyweight co-main event of Cheick Kongo (23-10-2) against Vinicius Queiroz (8-3)

The contests make up the televised portion of “Bellator 150: Galvao vs. Dantas 2,” which airs live on Spike at 9 p.m. ET/8 p.m. CT, while preliminary bouts will stream live on Bellator.com and The Bellator Mobile App.

Grove capped off 2015 with an emphatic knockout of Joey Beltran at“Bellator 143: Warren vs. Davis,” in September. The winner of “The Ultimate Fighter: 3,” has fought professionally since 2003 for promotions all around the world, notably ProElite and UFC. This will be “Da Spyder’s” sixth appearance under the Bellator MMA banner as he hopes to climb back towards a 185-pound title shot – he competed for the gold last year againstBrandon Halsey.

A veteran of Strikeforce, “Kiko” has strung together a five-fight winning streak as of late, most recently handing the formerly undefeated Ben Reiterthe first loss of his young career at “Bellator 146: Kato vs. Manhoef.” It’s safe to classify the 33-year-old Arizona native as a “submission specialist,” with 12 of his 13 wins as a professional coming by way of making his opponent tap.

By Mike Pendleton 2 mins ago

By Adam Martin 38 mins ago

By Brian Jensen 21 hours ago